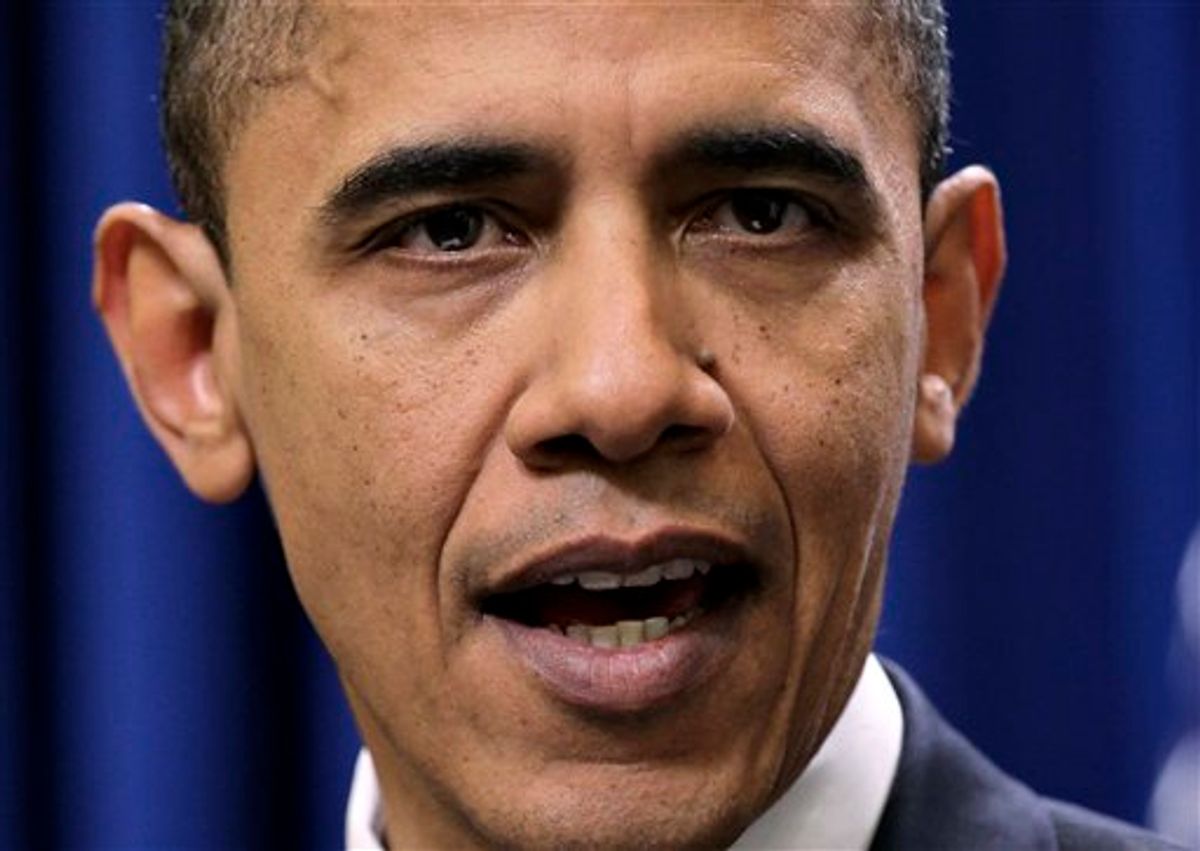 As a native of New Jersey, the Insult State (motto: "Oh yeah, who says?"), there's no level of invective to which I'm incapable of descending. This is not something to be proud of. Partly as a consequence, however, I've also got a thick, leathery hide, a useful trait for anybody who writes about politics.

So no, it doesn't hurt my feelings to be called a "vile cur" by an anonymous online commenter, nor depicted as engaging in a degrading sex act with President Obama. It happens pretty much every week, although the insults most often originate on the Glenn Beck/Rush Limbaugh end of the political spectrum.

A recent column defending the White House's tax cut compromise, however, provoked the anger of the anti-gravity left. The key word here is "anonymous." Nobody ever says these things to your face. Obscene rants that once came from cowardly geeks hiding in phone booths can now be posted on the Internet by cowardly geeks at keyboards. Oh brave, new world.

So you're disenchanted with President Obama?

Yeah, well, your big mistake was getting enchanted in the first place. Leave the enchantment to Harry Potter, or to grocery store paperbacks depicting women in ball gowns embracing buccaneers on sailing ships.

People who fall in love with politicians are always foolish, sometimes dangerous. In the present instance, Obama's left-wing detractors remind me of the "People's Front of Judea" in Monty Python's "Life of Brian," furiously at odds with not the Romans but the "Judean People's Front."

Meanwhile, a Washington Post-ABC News poll shows that almost seven in 10 Americans approve of the deal extending the Bush-era tax cuts, while adding roughly $300 billion in various kinds of indirect economic stimulus, even as no single part of the deal garners majority support.

Of course, it's no surprise that people approve of having their taxes cut. Yet it's equally significant that fully 62 percent support the White House compromise even after being reminded that millionaires get the biggest breaks, and that the deal adds $900 billion to the budget deficit over two years.

For my money, anything Charles Krauthammer calls the "Swindle of the Year," while former Clinton Labor Secretary Robert Reich fulminates that "a new WPA to put the jobless to work would have been far better," can't be all bad. Where exactly Reich imagines the votes for a new Works Progress Administration were going to come from, he doesn't say. Perhaps he was traveling abroad when last November's election results were announced.

Which is not to indulge in Goldilocks-style centrism. My judgment about the politics of the thing could be all wrong. It's been known to happen. For example, I thought Barack Obama couldn't win the 2008 general election. Anybody who confidently predicts the 2012 political climate is deluded.

But it seems to me the president got Republicans to give way on several things supposedly anathema to them solely to protect Scrooge McDuck from a 4.9 percent increase in marginal tax rates. (On incomes below $250,000, Scrooge gets the same breaks as everybody else.) In return, the GOP agreed not only to extend middle-class tax cuts -- something both parties agreed upon -- but also unemployment benefits, a payroll tax holiday, child tax credits, etc.

Altogether, the White House got roughly $300 billion in new stimulus funds that most economists agree will put a couple of million Americans back to work, with the potential to set the economy on a self-sustaining recovery.

When push comes to shove, the GOP is all about Uncle Scrooge, so mad with greed as to hold the U.S. economy hostage over a lousy 4.9 percent tax hike.

That said, it's instructive watching Democrats turn upon President Obama as if a two-year compromise over income tax policy were akin to the Hitler-Stalin pact. Many act as if sticking it to millionaires was as important to them as protecting great concentrations of wealth is to Republicans.

Sorry, but that's dumb. In his dogged way, Bob Somerby has been pounding away at this theme on his Daily Howler website. For months, as congressional Democrats chose not to act, the melodramatists on liberal cable TV have portrayed the extension of the Bush tax cuts as a black versus white, all-or-nothing issue, although the real differences between the parties amounted to roughly $800 billion over 10 years -- a relatively small fraction of the budget deficit.

So now that it’s too late, some express outrage. "If that’s the standard by which we are measuring success or core principles," Obama said, "then let’s face it, we will never get anything done. People will have the satisfaction of having a purist position and no victories for the American people."

Did that hurt your little feelings? Well, tough.

Meanwhile, we get to have this fight all over again in 2012. You want to win it? Get to work.