New Google phone an advance, but no breakthrough

Nexus S is an excellent Android device, but is that enough? 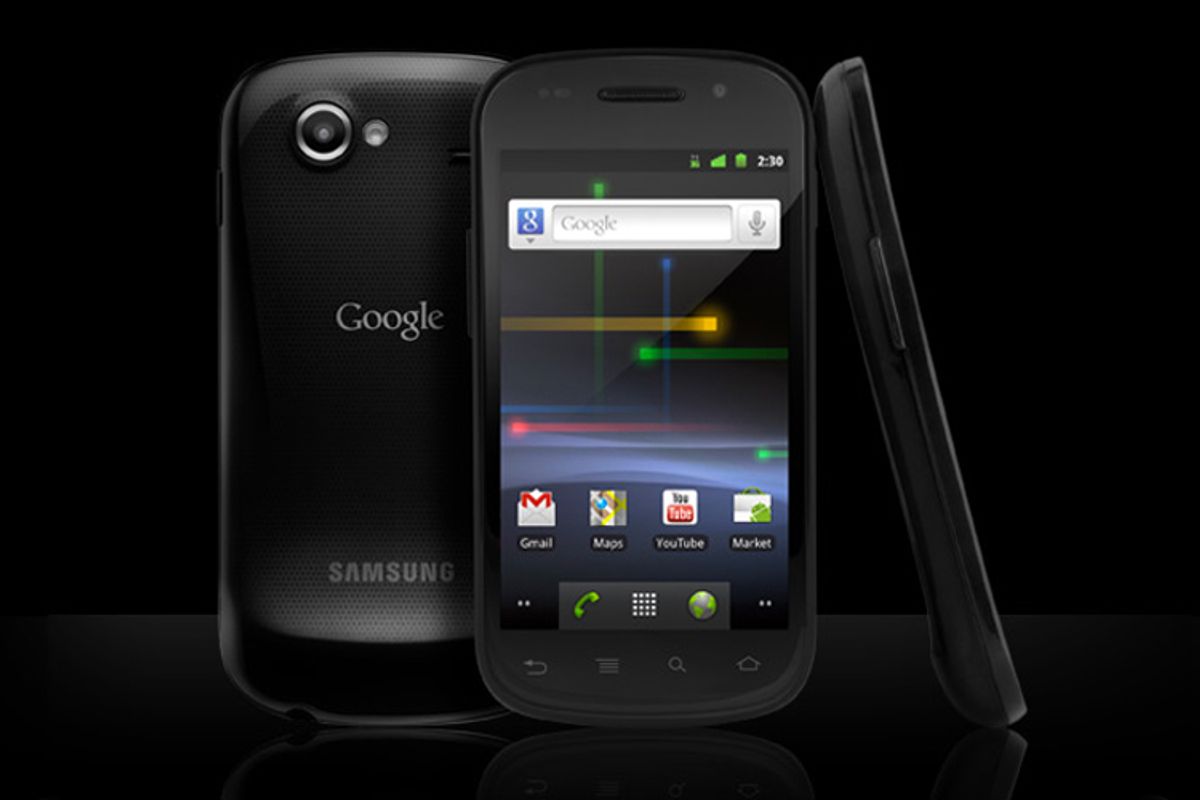 I bought a Nexus One smartphone last January, and it's still my primary smartphone. I'm reconsidering now, having had the opportunity to play with a new Nexus S phone -- a device concocted by Google and Samsung, and designed to show off the latest and greatest features of Google's Android mobile-device operating system.

The Nexus S hits the American shelves at Best Buy today, and it's one of the best Android phones on the market right now -- it definitely boasts the best version of Android, since it's the only phone with that version at the moment. But I'm not sure if I want to buy it, which is a bit surprising given that I'm the kind of gadget hound who always feels compelled to get the latest and greatest. I'm ambivalent because A) the Nexus S has some annoying design flaws, including lack of support for the fastest current data networks; B) it'll be surpassed quickly by even better hardware, albeit devices that customers will have to hack in order to get to all the potential; and C) the Nexus One is still pretty useful.

The Nexus S is noteworthy for many reasons, however, and most of them have to do with the history of Android. The operating system has been a huge hit with mobile phone makers and telecom companies. They like the fact that Android comes at no charge, and they love the fact that it's open-source, which is to say open to tinkering.

The problem is that they've all tinkered with it in ways that are, in the end, better for them than their customers -- adding unwanted features and apps; updating the OS only when they felt like it, as opposed to when Google issued its own updates; and locking down the devices so that users can't get the ultimate benefits of what Android has promised unless they hack their own phones.

A year ago, Google attempted to semi-break this control-the-customer paradigm by selling the Nexus One, a gorgeous piece of hardware made by HTC and loaded with what was then the latest version of Android. The effort failed for several reasons, not least of which was Google's inability to deal with the consumer marketplace. The Nexus One became what techies call a "reference platform" -- a device that shows off the possibilities and encourages other device makers to equal it or do better.

The Nexus One was not the equal of Apple's iPhone, which along with the iPad still represent the slickest combination of hardware and software, because no company combines them as well as Apple. But the iOS devices remain the standard in control-freakery, too, given Apple's requirement that software developers get approval to provide apps and its insistence that customers use devices only in the way Apple allows.

In the past year, the variety of hardware running Android has expanded dramatically, and some devices are now superior to the iPhone in terms of hardware capabilities. Meanwhile, Android has been steadily improving, but the carriers' locked-down approach has highlighted the need for Google to once again demonstrate what a powerful piece of hardware could be like with a clean version of the latest Android. That's the Nexus S.

The Samsung-made phone looks slick enough, though it's not nearly as nice to look at or hold as the Nexus One's brushed-metal case. The Nexus S's 4-inch "Super-AMOLED" screen, like the one in Samsung's near-equivalent Galaxy S line of phones, beats the 3.7-inch Nexus One screen in every way, notably the fact that you can actually see what's on it in bright outdoor light; sunshine still washes out much of the image, but with the Nexus One it essentially disappears. The display is slightly concave, supposedly to make it easier to fit along the side of your face; if you're wise you'll use a bluetooth headset in any case, as the science is definitely not settled on whether holding a powerful radio next to your brain has long-term consequences.

The Nexus S has two cameras, one facing each way. This would be noteworthy if Google could compete with Apple's FaceTime video-calling software; so far the only solution on the two-camera Android devices is distinctly inferior. I expect this to change, but these things take time. I liked the images the camera captured, but I'm no expert in that area. The video capture seemed good enough as well, even if it wasn't high-definition.

Battery life is better than other phones of this size that I've tried. That's a big help. Unlike the iPhone, the Nexus S (like its predecessor and lots of other phones with non-Apple operating systems) lets you carry a spare battery, which can come in handy.

One hardware choice in the Nexus S is unfathomable. Unlike the Galaxy S line (and many other smartphones, though not Apple's), there's no slot for an external micro-SD memory card. This isn't necessarily a deal-killing drawback, given the 16GB memory that comes standard, but it's an annoyance at the very least, in part because I've taken to backing up my current phone on the external card. I keep two of them, and swap them out frequently.

Another hardware decision is no less baffling. The Nexus S is designed for T-Mobile's data network, which operates at different frequencies than other major U.S. phone carriers, and the 3G data speeds are fine when you're in range. But it doesn't support T-Mobile's fastest service, which is called HSPA+, and thus lags in performance behind several other phones T-Mobile sells. I'm guessing T-Mobile forced this in some way, but it's ridiculous that a standard-bearer device shouldn't work on a carrier's fastest network. If the Google/Samsung partnership is wise, it'll come out with models for Verizon, Sprint and AT&T.

Still another hardware feature falls into the category of pathbreaking, but may actually be more like premature. The "Near Field Communications" capability will let users read information from nearby NFC tags, at least when there are NFC tags around to read. The promise of this technology (or maybe the threat?) includes the ability to turn mobile phones into, among other things, payment devices. This kind of thing has become standard in Japan, among other places, but is still very new in the U.S., and I don't see it growing significantly for at least another year.

The major difference between this phone and all others, of course, is the software. Android 2.3, nicknamed Gingerbread, comes pre-loaded. It looks much like the previous version, with some nice tweaks for users, but by every account the real upgrade is under the proverbial hood.

The user interface, or UI, is more sleek and refined than previous versions of Android, though in small ways that many users won't even notice. (The better the UI, the less you should notice it.) It's a work in progress from a company that has obvious plans to persist, which means that it'll keep improving. Gingerbread seemed generally faster to me than Froyo, the previous (2.2) system running on my Nexus One. One new feature has me semi-jazzed: Let's hope app developers quickly take advantage of Gingerbread's improved voice-over-IP capabilities.

One great feature is what the phone doesn't come with: crapware, the apps forced onto the devices by carriers that are determined to replicate the bad old days when PC makers larded Windows computers with software, subsidized by third party companies, that hardly anyone wanted and which slowed down the computers. Not having it is a real customer service.

For early adopters, the Nexus S will have one supreme advantage. Google promises to deliver operating system updates on its schedule, not T-Mobile's or Samsung's schedule. Why does this matter? Well, customers of Samsung's Galaxy S line are still waiting for Android 2.2, which is a huge improvement over the standard 2.1 that comes with those phones. The device makers and carriers have been sluggish, which is putting it kindly, in delivering updates to their customers.

As noted above, I'm still undecided on whether to take the plunge (just under $200 with a two-year contract, or $529 without a contract). Not only is better hardware on the way in the very near future -- the one given in an industry that innovates and iterates at a furious pace -- but the Android hacker community has proved to be capable of jailbreaking the obnoxiously locked-down phones in relatively short order. The Nexus S is an excellent smartphone. But it's hardly perfect, and it already seems a little, well, old.