Our 15 biggest stories -- ever

It's our 15th birthday! And to celebrate, we're honoring our greatest hits 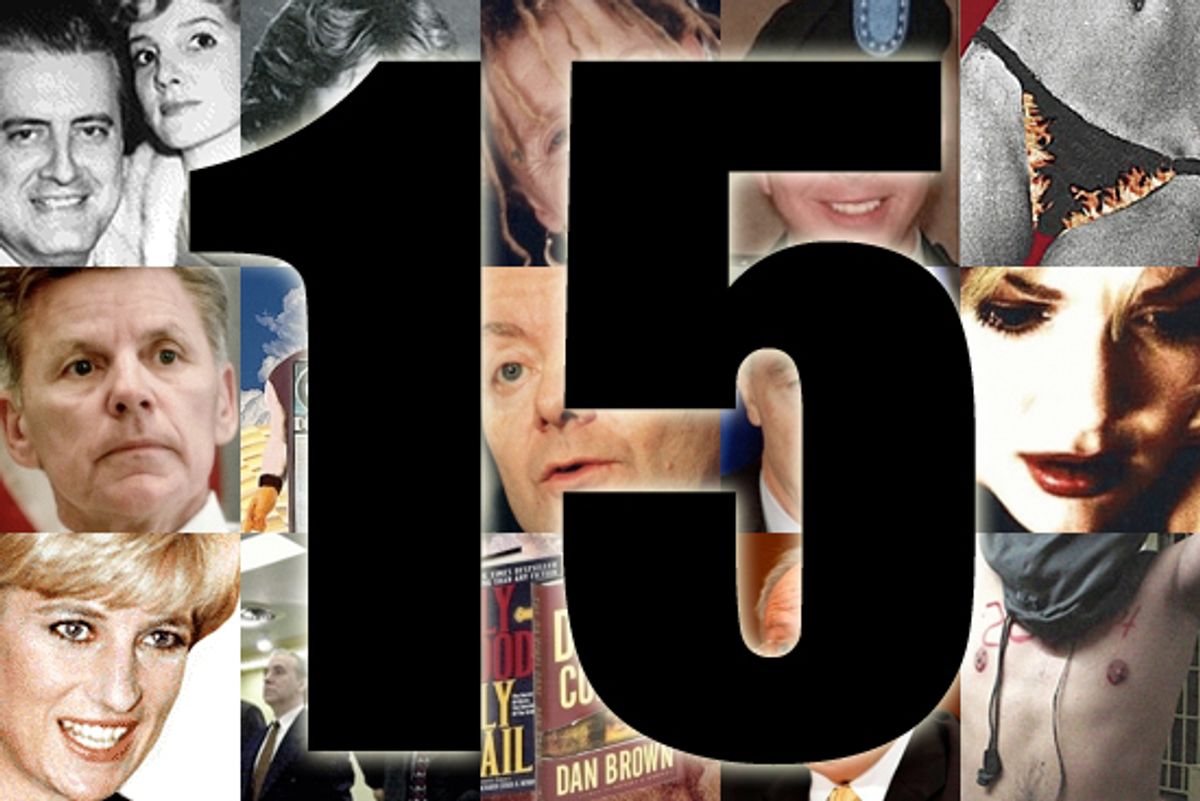 It's been 15 years since Salon first materialized on computer screens, a curious publishing project out of San Francisco created by a team of ex-newspaper staffers looking to craft a shimmering, pixelated version of what they hoped journalism could be.

It took a great many twists and turns before it became the Salon that exists today. But if there's one animating idea that continues to describe us it's the idea of a smart tabloid, a concept dreamed up by our founder, David Talbot (no matter what others would lead you to believe). We still don't aspire to the soporific, self-serious approach to politics and culture of many of our ink-stained, weather-beaten peers, but we also don't shrug it all off the way these younger, snark-bitten upstarts do, either. We're energized and engaged with what's going on in the world -- and we know you are, too.

Coming up with our chronological list of 15 biggest stories was, naturally, impossible. I'm thrilled with our final list, which takes us back through Salon's history and shows off the full range of our talents: Political exposés, investigative reports, riveting essays, pinpoint analysis and cultural observations. And we've asked some of our best writers through the years to come back and describe their coups. Of two of our biggest investigative stories -- an extensive and disturbing Abu Ghraib photo archive, and the apparent reckless disregard for Arlington National Cemetery by military and civilian leaders -- former editor Joan Walsh says: "In both our Arlington and Abu Ghraib coverage, I was proud of the fact that we kept the focus on the decision makers, and never scapegoated lower-level military folks." And don't miss Talbot's rousing defense of our infamous Henry Hyde story -- the one that, for many, put Salon on the map.

But there was no way to come to an internal agreement here about what belonged on this list, and I suspect some of you will be appalled that a personal favorite didn't make it. That's why I hope you'll send in your own favorite Salon story through the years to 15biggest@salon.com. We'll run your best suggestions next week.

Enjoy the slide show -- the stories are listed chronologically -- and thanks for reading Salon.