Did I forget my son's birthday again?

In the insane parenting scramble between Halloween and Christmas, one person always get short shrift: My little boy 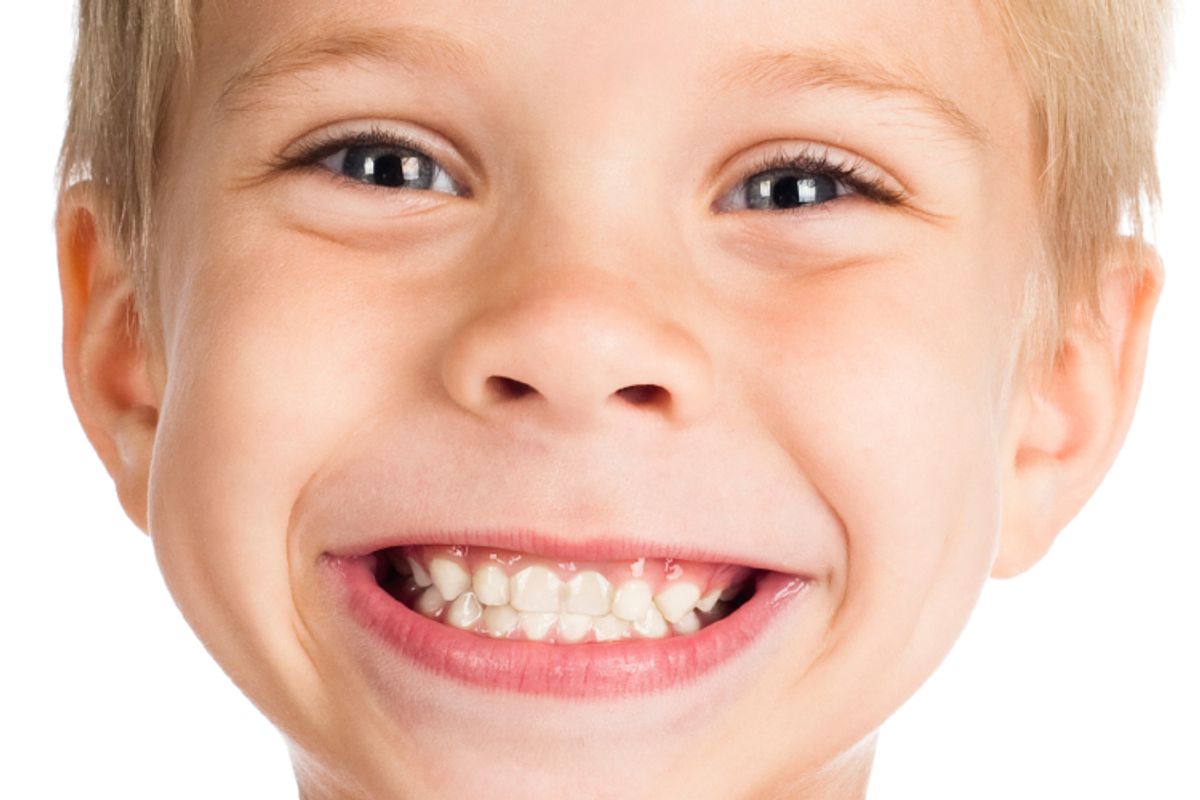 Ever since my 6-year-old, Murphy, entered preschool, the weeks from Halloween to Christmas have become a gantlet of multi-leveled hell that my husband, Pat, and I charge through with such ferocity that we end up kicking Murphy's birthday aside. At the top level are all the costumes, winter performances, potlucks, glitter projects tossing their sparkly sparkleness over everything, and wrapping-paper drives at Murphy and his older brother's separate schools. Below that level there are the cash outlays: presents for their teachers, soccer coaches and business contacts, and hostess gifts. Below that are the travel plans for Thanksgiving and Christmas. And at the very bottom, under the post office runs, is Murphy's birthday on Dec. 10. By the time Pat and I hurl ourselves into January we are broke, exhausted and barely speaking to each other.

During the holiday gantlet we do daily triage. Which is more important today? Selling more wrapping paper or bathing? And as we tackle the most pressing tasks, Murphy's birthday party gets bumped and bumped and bumped until it's an afterthought, a postscript -- a distant shadowy presence.

Historically, one of us suddenly remembers and we get cracking a week before the designated party day. We prompt Murphy to draw up a list of dream guests, which he does with tremendous excitement and a few celebratory dance moves that have significance only to him. He is an ebullient kid who declares his passion for almost everything with the zeal of a true believer. It is common for him to announce at breakfast, for example, "I love French toast more than anything. I could have French toast every day for the rest of my life." Or, "Rubber bands are the best thing invented because they can do hundreds of jobs and be used over and over again." Like all zealots, however, he is only a breath away from total despondency. One can run out of syrup. Rubber bands can break. In these moments when life lets him down -- when his faith is tested -- his despair is oceanic. He collapses into heaving sobs, balls his fists, doubles over and keens, "Why, why, why?"

Needless to say I dread being the agent of his broken birthday dreams. But as the holidays bear down, we continue to scramble, putting Murphy's guest list to the side and bumping the invitational calls and e-mails another two days in favor of nailing a house sitter for our vacation, locating everyone's winter coats, volunteering for one school's book fair, buying groceries, paying bills, driving to soccer practices and showering.

By the time we contact Murphy's friends only one is available, but he's allergic to cats. We promise to lock up the cat, vacuum the whole house, turn the beds and open the windows. Then we start calling the outliers -- random kids, ones with head lice and pink eye, anyone between the ages of 1 and 16. We could go as high as 18 and as low as 6 months. Gender is not important.

Last year a couple of kids got sick on the day of the party leaving us with the allergic kid and an exchange student from Spain whom I met in the elevator. Pat hopped on the phone and I ran downstairs to the home of a friend with a young daughter.

"I need Laura in an hour for Murphy's birthday party," I demanded.

"She's got a rash and we don't have a present," my friend said.

"I'll take her," I yelled, running to catch the elevator and zip across the street to Safeway for a cake.

A couple of years ago I remembered that we needed party favors a half-hour before the party. I dashed to the local mall and searched frantically through the only store that wasn't for clothing -- Sur La Table. I riffled through cooking utensils, looking for small, inexpensive items that would pass and was thrilled to find mini snow globes in cute boxes. I snapped up 10, raced home and -- smiling with the victory of having come through for my son -- threw the bag at Pat. Mission accomplished.

Minutes later he came into the living room as I was emptying some chips into an Easter basket.

"Did you know that these snow globes are wine corks?" he asked.

This year another level of hell was added to the holiday gantlet: the preparation required for travel abroad to India for the winter break. All this was even further complicated by the fact that Pat has been acting in a show and had matinees on the weekends. Last week we started narrowing in on Murphy's party, which had to happen before we left for India in 12 days. Working around the matinees, school and soccer games, we struggled to find a three-hour block of time.

Pat stared at our schedule on the computer. "Can we have the party on Sunday at 7 in the morning?"

"Absolutely not," I said.

"It's either that or an 8 o'clock cocktail party tomorrow."

"You're the wine cork lady."

"Pat. Come on. There's got to be something better."

Pat leaned back in his chair, "OK. Can we pull it together by this afternoon?"

God help me, we considered it. But after shuffling a few other obligations and blowing off yet another school beautification day, we landed on the day before we would fly out -- Sunday morning at 10. Murphy wanted to play a flag football game with his friends, with his uncle and Pat quarterbacking.

"Not for real football players," I said, and he bought it.

The night before the party I crept into Murphy's room and discovered a note taped to his Nerf football that read, "practus."

"I didn't want to forget to practice before the game," he told me, fighting sleep.

I bent down and smoothed his hair, "Are you excited?"

"It's going to be the best birthday ever," he said.

And I knew that it would be. Not because we would manage to pull it off with the usual amount of panic and questionable last-minute substitutions (this year's being a mocha ice cream cake), but because Murphy is a believer. Which, as it turns out, is a pretty great gift for a 7-year-old to have.

Brett Paesel is the author of "

Last of the Bohemians, Searching for Meaning in Bankruptcy, Motherhood, and India

Brett Paesel is the author of "Mommies Who Drink" and is working on a new memoir, "Nonrefundable: The year my family lost everything but traveled to India anyway."