Robin Roberts gets an exclusive with the mainstream media-hating former governor, and a snow machine ride 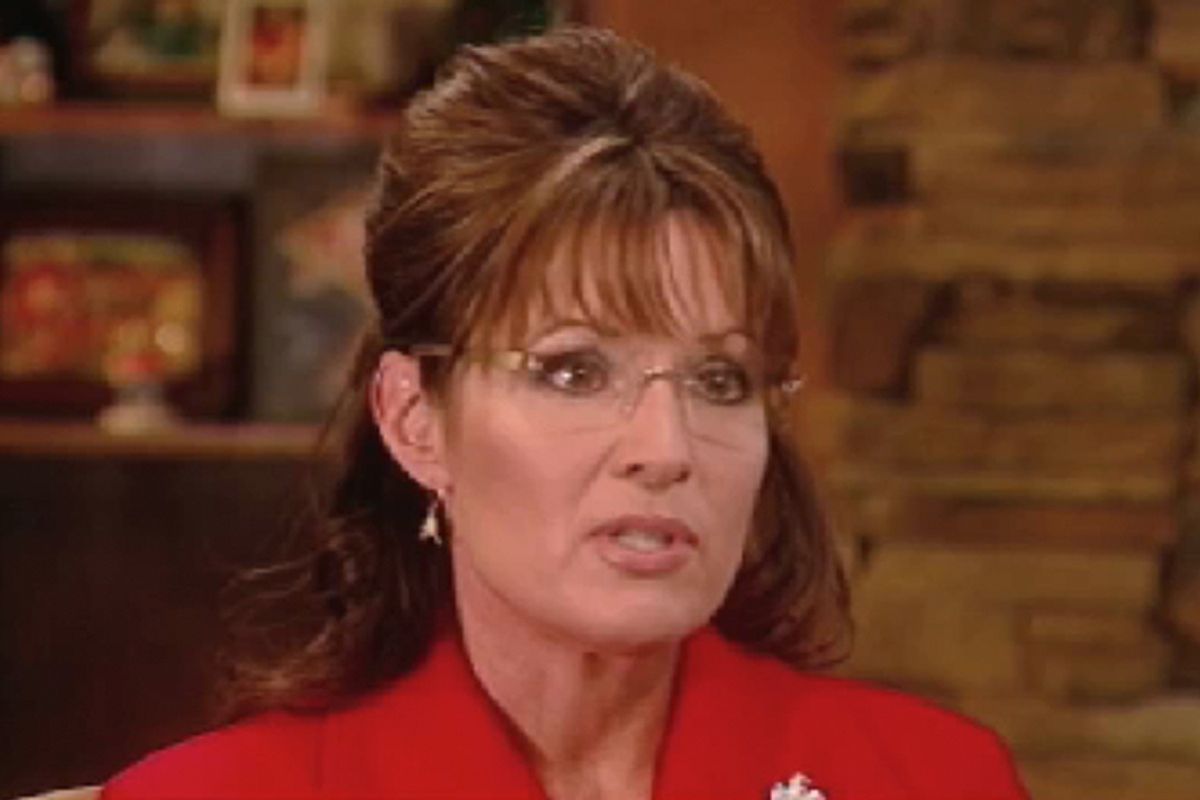 So today's "Good Morning America" had a lengthy packaged interview with Sarah Palin, the famous former governor of Alaska and book author. Poor Robin Roberts had to trek all the way to Wasilla in mid-December to sit in a room at what appears to be the Great Northern Hotel and listen to free-associative demagoguery in a singsongy tone. I wouldn't wish that on anyone.

But I quickly lost my sympathy for the reporter once the interview began. An early question was about how much John Boehner cries, for some reason.

The interview was basically split into a couple of distinct sections: How awesome is your family, how bad is Barack Obama, how awful are people who criticize you, and how awesome is America?

Robin Roberts lobbed the softest ball in the world when she asked Palin about recent (stupid) comments by Aaron Sorkin regarding Palin's televised hunting exploits. She literally used the phrases "the lower 48" and "Hollywood producer" when asking the question.

Palin's response: "I think he's got some high-powered rifles in some of his movies and TV shows, and those are aimed at human beings." I never thought I'd step in to defend Aaron Sorkin from anything, but the guy created "The West Wing," "Sports Night," "Studio 60 on the Sunset Strip," and wrote the film "The Social Network." There are very, very few action scenes in Aaron Sorkin productions. He writes about high-powered talkers, aiming words at the audience's sense of self-satisfaction.

(Then Palin did that thing where she pretended not to know Sorkin's name: "Is his name Alan or Aaron?" She did the same thing with Maureen Dowd earlier this year, and it's the most transparently phony bit of nastiness in her repertoire. Seriously, it's hackier than an Aaron Sorkin monologue. Cut it out, Susan Railing, Mayor of Canada, or whoever you are!)

One last question: Sarah, why is your marriage so awesome and perfect? Let us answer that question with a backyard "snow machine" ride!

The whole thing was more than a bit ... "sympathetic." If this is Palin's new mainstream media strategy, she doesn't have much to worry about.