Why the "lazy jobless" myth persists 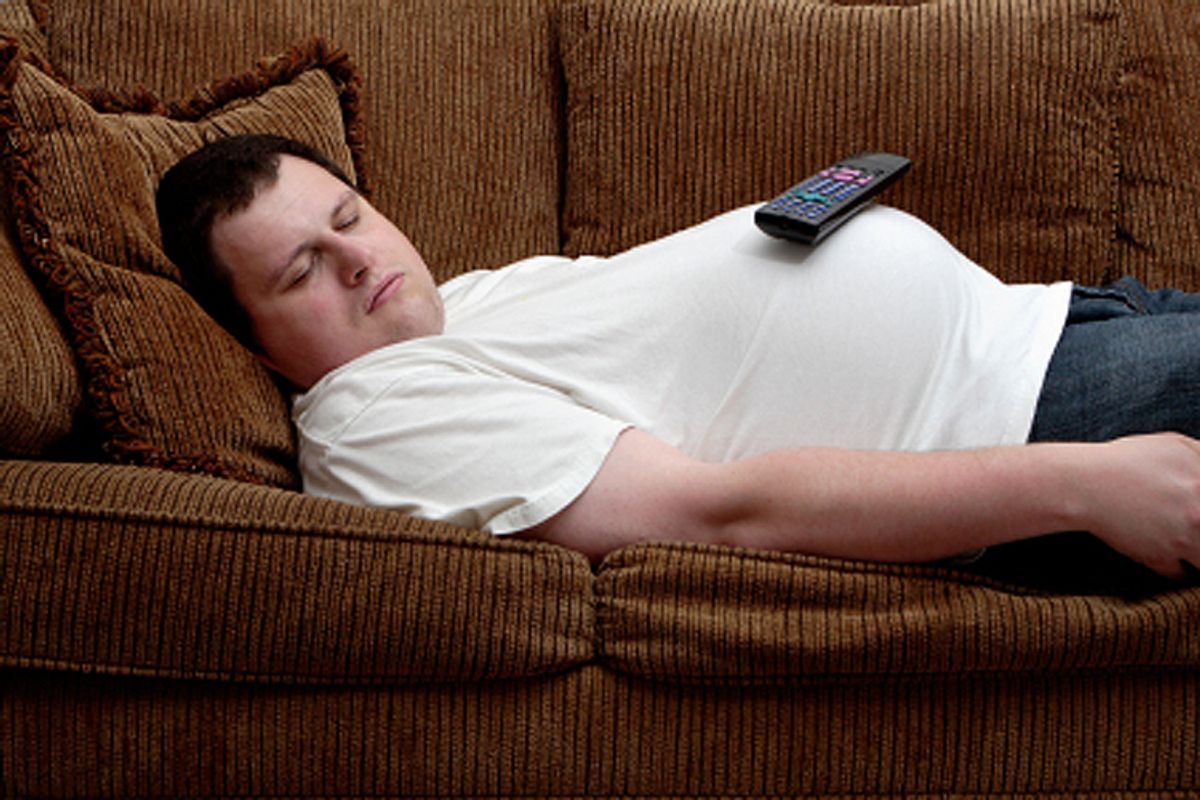 During the recent fight over extending unemployment benefits, conservatives trotted out the shibboleth that says the program fosters sloth. Sen. Judd Gregg, for instance, said added unemployment benefits mean people are "encouraged not to go look for work." Columnist Pat Buchanan said expanding these benefits means "more people will hold off going back looking for a job." And Fox News' Charles Payne applauded the effort to deny future unemployment checks because he said it would compel layabouts "to get off the sofa."

The thesis undergirding all the rhetoric was summed up by conservative commentator Ben Stein, who insisted that "the people who have been laid off and cannot find work are generally people with poor work habits and poor personalities."

The idea is that unemployment has nothing to do with structural economic forces or rigged public policies and everything to do with individual motivation. Yes, we're asked to believe that the 15 million jobless Americans are all George Costanzas -- parasitic loafers occasionally pretending to seek work as latex salesmen, but really just aiming to decompress on a refrigerator-equipped recliner during a lifelong Summer of George.

Of course, this storyline makes no sense. From liberal Paul Krugman to archconservative Alan Greenspan, economists agree that joblessness is not caused by unemployment benefits. With five applicants for every one job opening, the overarching problem is a lack of available positions -- not a dearth of personal initiative.

Why, then, is the myth so resonant that polls now show more than a third of America opposes extending unemployment benefits? Part of it is the sheer ignorance that naturally festers in a country of cable-TV junkies. But three more subtle forces are also at work.

First, there's what psychologists call the Just-World Fallacy -- the tendency to believe the world is inherently fair. This delusion is embedded in our pervasive up-by-the-bootstraps, everyone-can-be-a-millionaire catechism. The myth of the lazy unemployed can seem to make sense because it connects those ancient fables to current news, effectively alleging that today's jobless deserve their plight.

Narcissism is also a factor. In a nation that typically dehumanizes the destitute Other with epithets like "welfare queen" and "white trash," our self-centered culture leads the slightly less destitute to ascribe their own relative success exclusively to superhuman greatness. The myth of the lazy unemployed plays to that conceit, helping the still-employed experience potentially scary unemployment news as a booster shot of self-aggrandizement. You remain in a job, says the myth, because you are better than the jobless.

Finally, there's raw fear -- arguably more powerful than even arrogance. With the labor-market news downright frightening, the still-employed are understandably pining for a defense mechanism to cope with persistent layoff anxieties. The myth of the lazy unemployed provides exactly that -- a calming sensation of control. If, as the myth suggests, the jobless are really out of work because they "are generally people with poor work habits and poor personalities," then it stands to reason that the employed can avoid catastrophe by simply choosing better behavior.

The trouble, though, is that the whole narrative averts our focus from the job-killing trade, tax-cut and budget policies that are really responsible for destroying the economy. And this narrative, mind you, is not some run-of-the-mill distraction. The myth of the lazy unemployed is what duck-and-cover exercises and backyard nuclear shelters were to a past era -- an alluring palliative that manufactures false comfort in the face of unthinkable disaster. Only now, our fate isn't being dictated to us by faraway Soviets -- we could actually prevent a future apocalypse if more of us just accepted reality and demanded the right kind of change here at home.