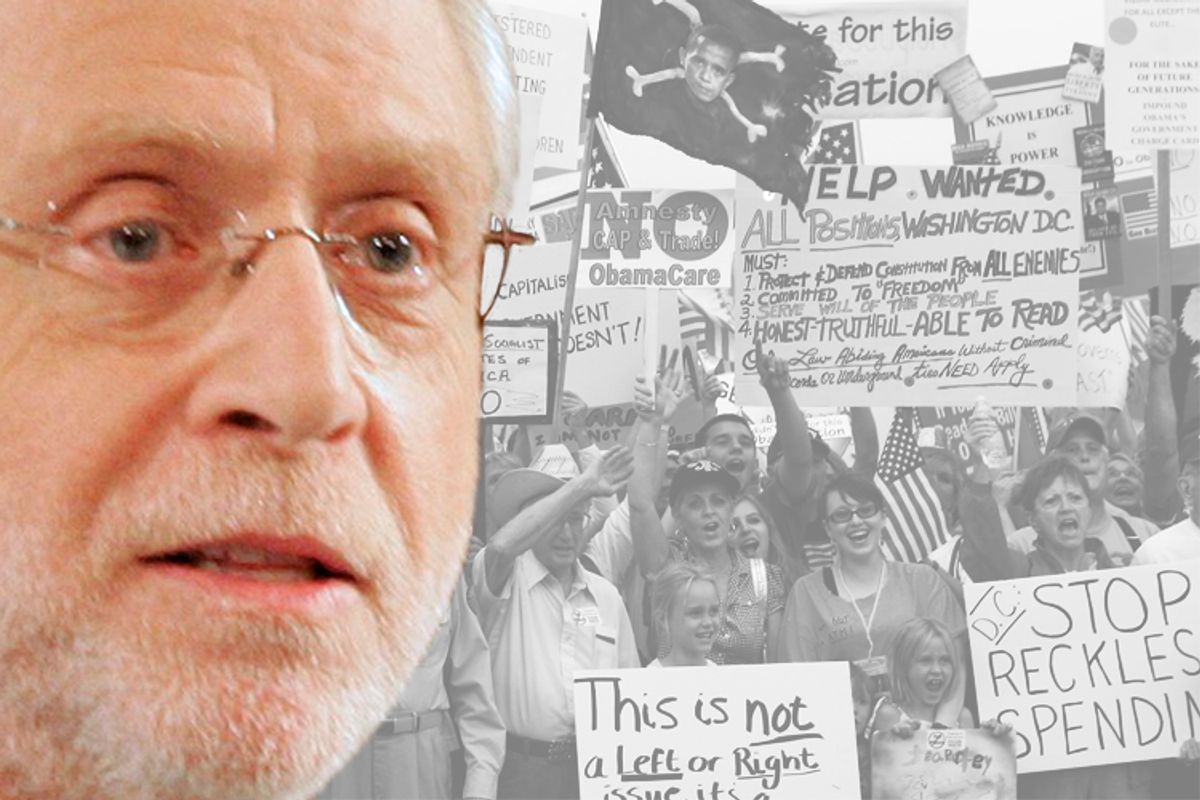 CNN will co-host a Republican presidential debate next year with the Tea Party Express, which is basically a PAC run by Republican political operatives. It is a slightly puzzling decision from a "basic standards of journalistic ethics" standpoint, although from a "desperation for attention and the participation of a bunch of Fox employees" standpoint it actually makes perfect sense.

CNN political director Sam Feist is excited for this opportunity to attempt to justify having a Republican campaign operation sponsor a presidential debate on a supposedly objective news network:

"Undecided voters turn to CNN to educate themselves during election cycles, so it is a natural fit for CNN to provide a platform for the diverse perspectives within the Republican Party, including those of the Tea Party," Feist added.

I'm not sure what role the TPE will have in selecting or drafting the questions, but I'm guessing that there will be a lot of questionable assumptions, faulty premises and blatant misinformation baked into each one. "Governor Romney, will you cut the deficit by ending the death tax, repealing Obamacare, invading Iran, or some combination of the three?" "Senator Thune, do you think it's super-unconstitutional or just regular-unconstitutional for the nanny state government to allow public employee union thugs to force-feed my child arugula instead of wholesome American corn syrup?"

The debate will happen on Labor Day 2011, in Tampa, Fla., and it won't even be the first debate of the 2012 cycle, because they're also holding one in early June.