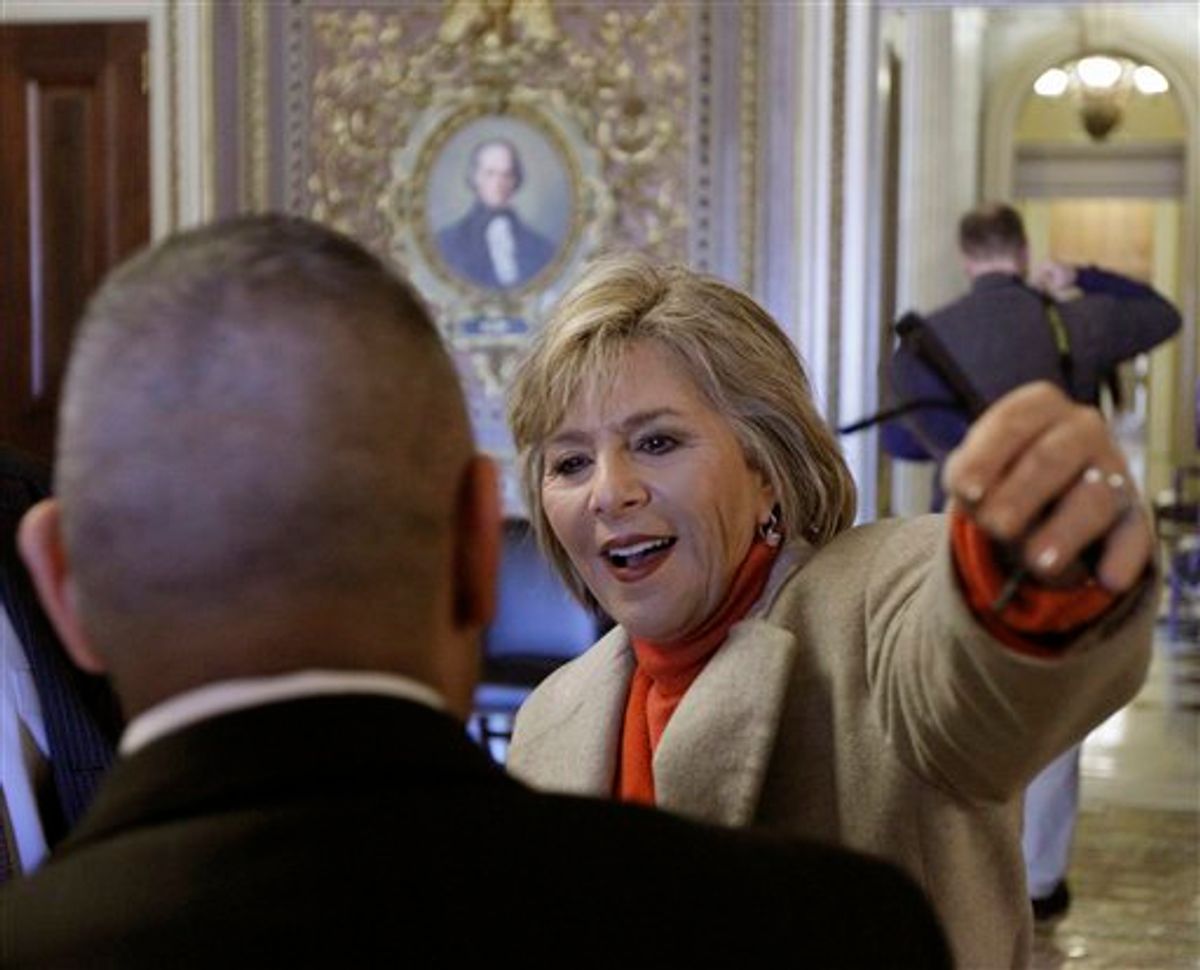 Word that the world's top military power will allow gays and lesbians to serve openly in the military is bringing strong and swift reaction across the country.

Detractors insist it could weaken the armed forces.

But Kris Mineau (MEE'-noh) of the conservative Massachusetts Family Institute says Congress is "gambling with our national security over political correctness."

The measure now goes to President Barack Obama for his signature.