The glories of oysters, and how to shuck (and sauce) them

How a food so seemingly gross can be so utterly lovely, with or without this mignonette or fresh cocktail sauce 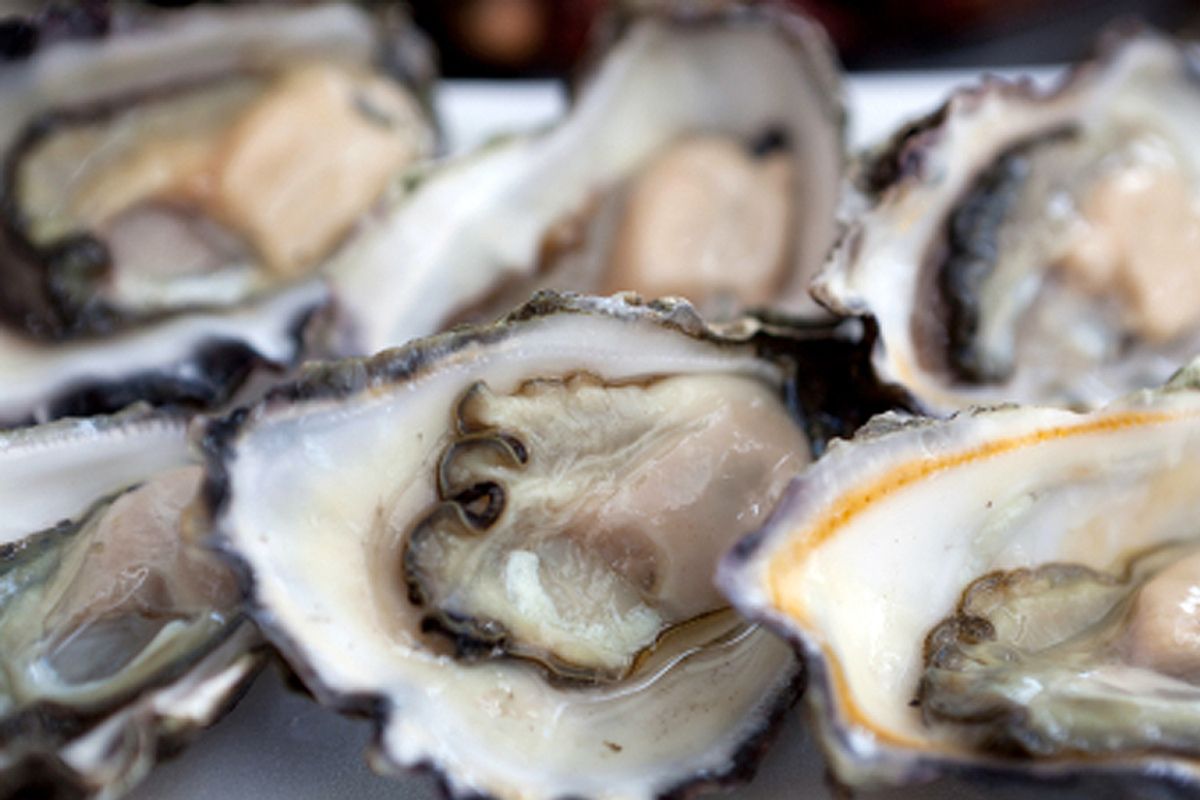 The French term "terroir" in food and drink refers to the flavor of place, the idea that you can taste the character of the climate, the environment and the earth in the product. It's why a pinot noir from Burgundy can be worth a lot of money, and one from my backyard a whole lot of nothing. The word "terroir" itself comes from "terre," land, and so it's a little funny that the food that most represents terroir in my mind is the oyster.

Depending on the waters they're from, the rain, the tide and the ecology, oysters can sparkle with salt or lull you with sweetness, they can leave your mouth with the hinting flavors of mushrooms, melons, cucumbers. They can taste like cold cream or steely water, and they can make your mouth feel a way I can only describe as "ringing."

Oysters are a food you have to dive into. They sit in shells that look like rocks. Inside, they are beige or gray or a little blue and a little black, still but ready to quiver in a way that suggests they might slither. They are cold in the mouth, wet and mobile, slippery but splattery. They are sort of disgusting. And yet you jump, ignoring everything about them that makes you want to run away, because they can taste like so much, because once you bite into them, their flavor swallows you.

I'm saying all this because in about a week, you may well be celebrating with family and friends and people you love, and I believe strongly that oysters should be a part of that celebration. Because a good oyster is a celebration, in a certain way, of ourselves. It's a declaration of place, of a real place and -- in your moment with the oyster -- your connection to it. It's the kind of experience that is so powerful in the senses that it sometimes feels like it can't be contained by the senses alone. That's why you need to be with people you love and who love you. You need to be able to look them in the face when their eyes widen from the briny shock, when the flavors somehow change, turning from salt to sweet and back again, when they are stunned by the gymnastics that oysters do.

And now I will perform something less graceful than gymnastics: I will try to describe to you my preferred way to shuck an oyster, a task for which something like, say, a couple of pictures would probably be much better suited. (We're trying to save up for a dozen.)

The first thing is that you really want an oyster knife. Sorry, it's the way it is. Your paring knife is probably too sharp, too brittle, or too bendy, and these things will mean that it will probably spear the oyster meat, break, or turn into a shape you won't like very much. A pretty good oyster knife can be had for even 10 bucks, so it's not a big deal, and you want one where the tip is thin and pointed, but where the blade is sturdy and stiff.

Look at your oysters. There will be a cupped end and a flat end; the flat end is the lid, and the oyster lives in the bottom, the cup. Now note that one end of the oyster shell will taper or round into a hinge. That's where you're going to invade its privacy.

Fill a dish or platter with chipped or crushed ice. Sprinkle the ice generously with salt, which will cause it to freeze together into a stable base to display your oysters.

Fold a kitchen towel into quarters or eighths, and lay the oyster on the towel. Fold over the towel to cover most of the shell, exposing the hinge end, and hold the oyster down with your non-knife hand to stabilize it. Slip the tip of the knife not directly into the hinge, but just to the side of it, wedging it between the top and bottom shells. This might require some strength but also some control, so you don't end up jabbing through the shells and spearing the meat. (A good oyster should be whole so that it "pops" when you bite it.)

When you feel the tip well-wedged between the shells, give the knife a firm, smooth twist, feeling for some give and then a pop, a tremendously satisfying sensation. If the knife is grinding up bits of shell, you may have to try to wedge more of the tip into the oyster.

Once you pop the shell, keep the knife in the oyster, but now take the oyster from the towel and lift it in your hand. Holding the lid mostly in place with your thumb, angle the blade of the knife a little up and gently scrape the underside of the lid in a forward motion. There is a muscle that the oyster uses to attach the lid, and you're trying to gently cut through it.

When you've found and separated the muscle, take off the lid and discard. Take a look at your oyster meat. It should be plump and moist, hopefully unblemished from your knife, and likely sitting in a pool of juice (the liquor). If it's dry or shriveled, take a good whiff. If it smells funny, get rid of it. Otherwise, gently run the knife edge under the oyster, to separate the muscle on the underside too. Pick out any loose bits of shell that may have fallen in, and place the oyster on the ice, being careful not to spill the liquor.

Repeat, again and again, until everyone's had enough, likely delirious with pleasure and love.

I rarely dress my oysters, preferring instead their natural complexity. But these sauces, adapted from chef Ryan Angulo of Buttermilk Channel restaurant in New York, are wonderful accents.

A basic mignonette is like a vinaigrette without the oil, giving cold, salty oysters a bit of extra brightness with a splash of tart vinegar and mild, oniony shallots. This version adds the juice of sweet and just-barely-bitter grapefruit to mellow the vinegar and highlight the floral spiciness of black pepper.

Makes about two cups, probably way too much, unless you're really going to town with the oysters. Halve or quarter the recipe as need.

Most cocktail sauces are made with minced jarred horseradish, get much of their heat from Tabasco sauce, and their flavor from Worcestershire. Chef Ryan's version drops all the extra seasonings and flourishes, and focuses on freshness and texture.