His reason for opposing the repeal of "don't ask don't tell"? Gay people will cause Marines to lose their legs 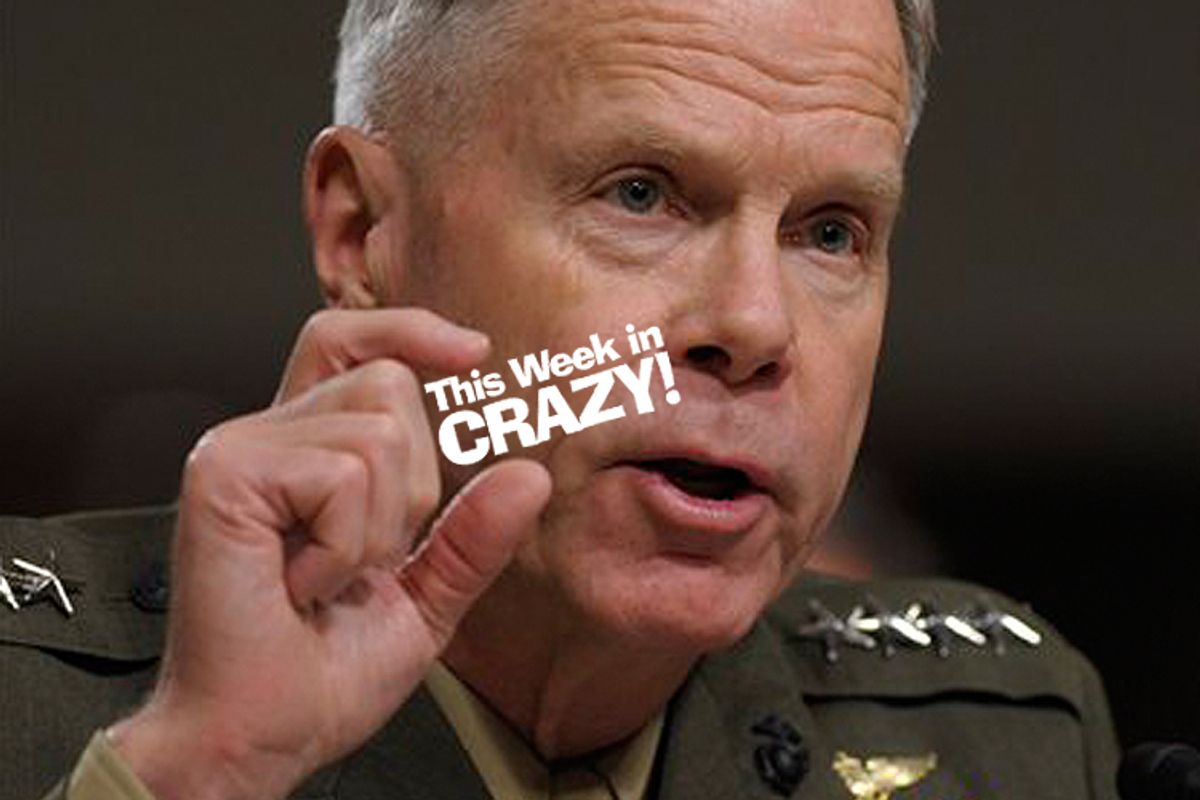 Gen. James Amos, commandant of the Marine Corps, opposes the repeal of "don't ask, don't tell," the military's long-standing ban on openly gay service members. On the whole, the Marines are less receptive to the idea of lifting the ban than most other branches of the armed forces, so his opposition makes a certain kind of sense. But he can't really come up with any good reasons to oppose lifting the ban. His most recent justification for discrimination: Gay people will cause Marines to lose their legs! No, seriously:

"Mistakes and inattention or distractions cost Marines lives," he said on Tuesday, explaining how he came to his decision. "That's the currency of this fight.

OK. He obviously thinks highly of Marines, if he thinks that the mere knowledge that one of his colleagues is gay will distract a trained, professional Marine so much that his legs will fall off.

That's what he thinks is going to happen, right? A Marine will just be so inattentive that he'll forget to keep his legs attached to himself? Because that interpretation is actually less insulting to the Marines than thinking that gay people will make them less effective in actual combat situations.

(I'd guess that Amos' opposition to lifting the ban is informed less by realistic concerns about the safety of his Marines than by his particular brand of born-again Christianity. And the fact that he's crazy.)

Amos might not think much of his Marines, but there's reason to believe that the majority of them will deal with the "don't ask, don't tell" repeal much better than he thinks. While a majority of combat arms Marines surveyed said allowing gay people to serve openly would negatively affect their unit, a vast majority of the Marines who've actually served with gay people said there'd be no effect or a positive effect.

Marine Corps Infantry Capt. Nathan Cox -- not gay, by the way -- respectfully destroyed his commandant's reasoning in a Washington Post Op-Ed on Thursday, writing, "[in] the end, Marines in combat will treat sexual orientation the same way they treat race, religion and one's stance on the likelihood of the Patriots winning another Super Bowl."

And Cox added a fact that Amos would probably deny: Some of the Marines at Bethesda Naval Hospital -- and some of them buried at Arlington -- are almost certainly gay. And they all served honorably, even though American politicians were too cowardly to allow them to serve openly.