Senate Republicans thwart the Dream Act, a bill that gives children of the undocumented a path to citizenship 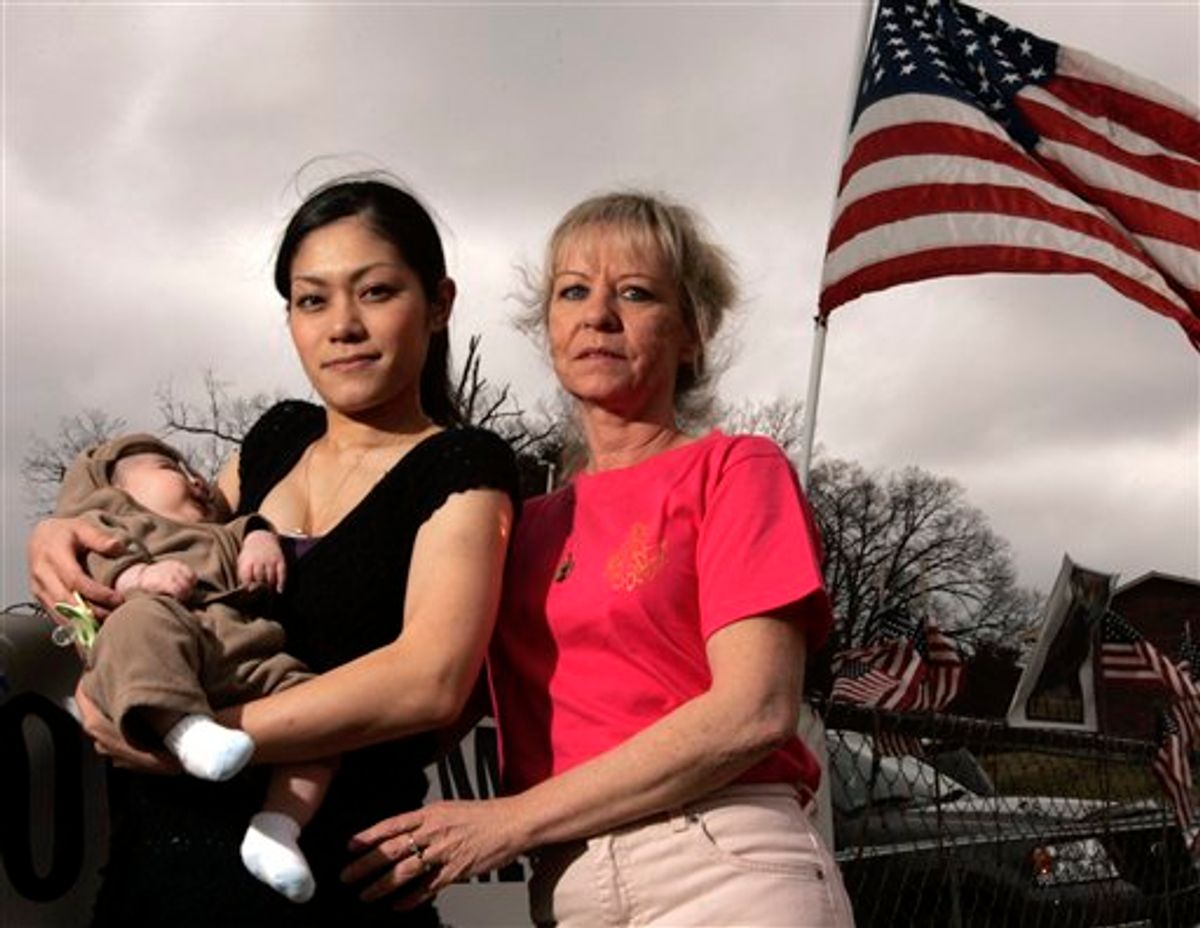 FILE - This March 6, 2009 file photo shows Hotaru Nakama, center, her son, Mickey, and her mother-in-law, Robin Ferschke, right, outside their home in Maryville, Tenn. Nakama married Ferschke's son, Sgt. Michael Ferschke, by phone in 2008 while he was stationed in Iraq and she was in Japan. Sgt. Ferschke died in combat a month later. The House on Wednesday Dec. 15, 2010, approved a private relief bill, meaning it only applies to an individual case, granting permanent resident status to Hotaru Ferschke. (AP Photo/Wade Payne, File) (AP)
--

Senate Republicans have blocked a bill to grant hundreds of thousands of illegal immigrants brought to the United States as children a chance to gain legal status if they enroll in college or join the military.

Sponsors of what they call the Dream Act needed 60 Senate votes for it, but fell five short. The House passed the bill last week. It was a last-ditch effort to enact it before it Republicans take control of the House from Democrats in January.

Immigrant advocates viewed the measure as a step toward providing a path to legal status for up to 12 million illegal immigrants by focusing on the most sympathetic among them first. Critics called it a back-door grant of amnesty that would encourage more illegal immigration.