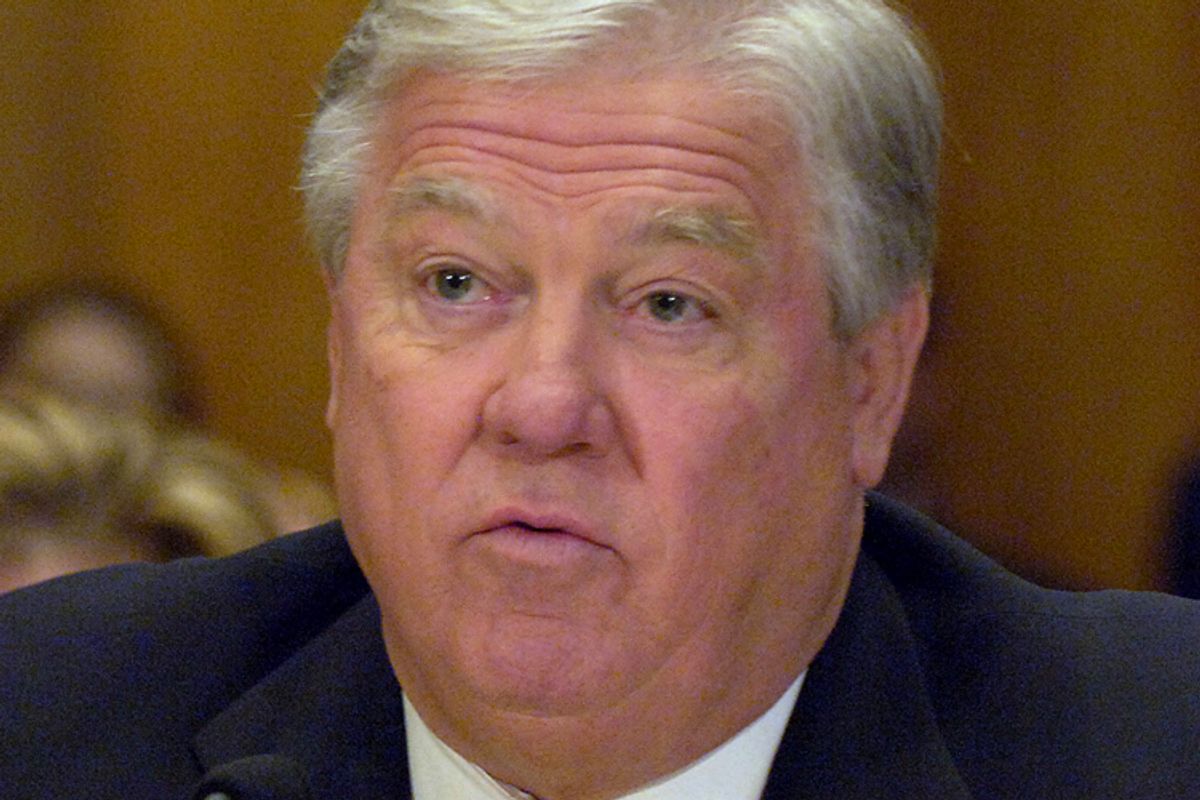 I just spoke with Andrew Ferguson, the author of the big new Weekly Standard profile of Mississippi governor and potential presidential hopeful Haley Barbour. The profile has been making waves today for, among other things, a passage in which Barbour, a native of Yazoo City, Miss., seems to downplay the effects of segregation:

In interviews Barbour doesn’t have much to say about growing up in the midst of the civil rights revolution. “I just don’t remember it as being that bad,” he said. “I remember Martin Luther King came to town, in ’62. He spoke out at the old fairground and it was full of people, black and white.”

Asked about the first quote in that passage, Ferguson told me: "I don't think that he meant segregation wasn't that bad. I think he meant that it didn't roil the town the way some people might think it did." He added: "I get the sense that [Barbour] himself was just kind of oblivious. He was a fun loving football player, probably chasing skirts and all that."

Ferguson said he got a similar sense from others he spoke to in Yazoo City. "No one I talked to would defend segregation or anything like that -- it just didn't impinge on their consciousness the way it does ours in retrospect."

Ferguson also shed a bit of light on another controversial aspect of the story, a passage in which Barbour talks about the white Citizens’ Council of the civil rights era:

Both Mr. Mott and Mr. Kelly had told me that Yazoo City was perhaps the only municipality in Mississippi that managed to integrate the schools without violence. I asked Haley Barbour why he thought that was so.

“Because the business community wouldn’t stand for it,” he said. “You heard of the Citizens Councils? Up north they think it was like the KKK. Where I come from it was an organization of town leaders. In Yazoo City they passed a resolution that said anybody who started a chapter of the Klan would get their ass run out of town. If you had a job, you’d lose it. If you had a store, they’d see nobody shopped there. We didn’t have a problem with the Klan in Yazoo City.”

Ferguson says that Barbour raised this point during a conversation about the history of Yazoo City in the civil rights era. Barbour told Ferguson that one of his aides was doing research (for reasons that are not clear) and had dug up an article from a local newspaper that described the local Citizens' Council this way. That's where Barbour picked up that talking point.

Steve Kornacki has more on Barbour's view of civil rights history. And TPM's Eric Kleefeld talked to Barbour's spokesman about the profile.