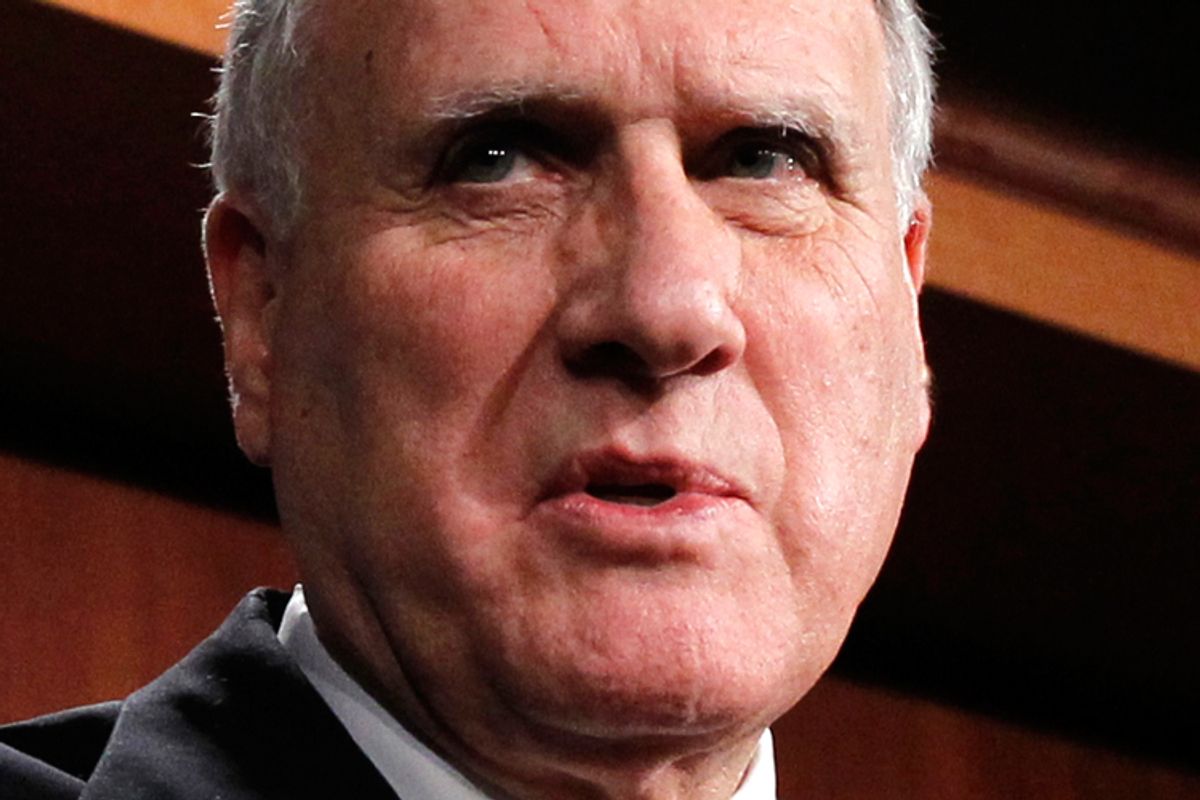 Senate Minority Whip Jon Kyl explained on Fox yesterday that allowing gay men and women to serve openly in the armed forces " is not a constitutional right as was the issue of racial segregation," and he went on to argue that repealing the policy that bars them "could disrupt unit cohesion... and cost lives."

Considering that this may very well kill people, the next Congress should probably repeal the repeal, right? I mean, it's literally a matter of life and death. We need to re-ban gay people ASAP, right, Senator Kyl?

"I don't have any plan in place" to repeal the repeal in the next Congress, Kyl said on Fox today. He went on to explain that it's really not such a big deal:

"I'm not sure, by the way, it's going to be implemented all that quickly," Kyl said. "Even those who favored it said this would take a long time to implement, because you're dealing with a culture of the military that has not allowed this in the past. And especially for those combat units, for whom this has been particularly cumbersome, I think they're going to take quite some time to implement it."

It's all cool. Military has it covered.

It's a little weird that he didn't realize it would be a gradual, careful policy change, and not a sudden shock, yesterday, though. Right?

(Kyl also said on Fox yesterday that he probably wouldn't vote to give 9/11 first responders healthcare, because the GOP might not be allowed to amend the bill, and because "it's a lot of money." As enraging as that is,  it was perhaps the first time Fox News viewers learned that this bill was being opposed by Senate Republicans, and not just unnamed politicians on Capitol Hill.)