A partisan vote on Tuesday displeases everyone. And everyone's right 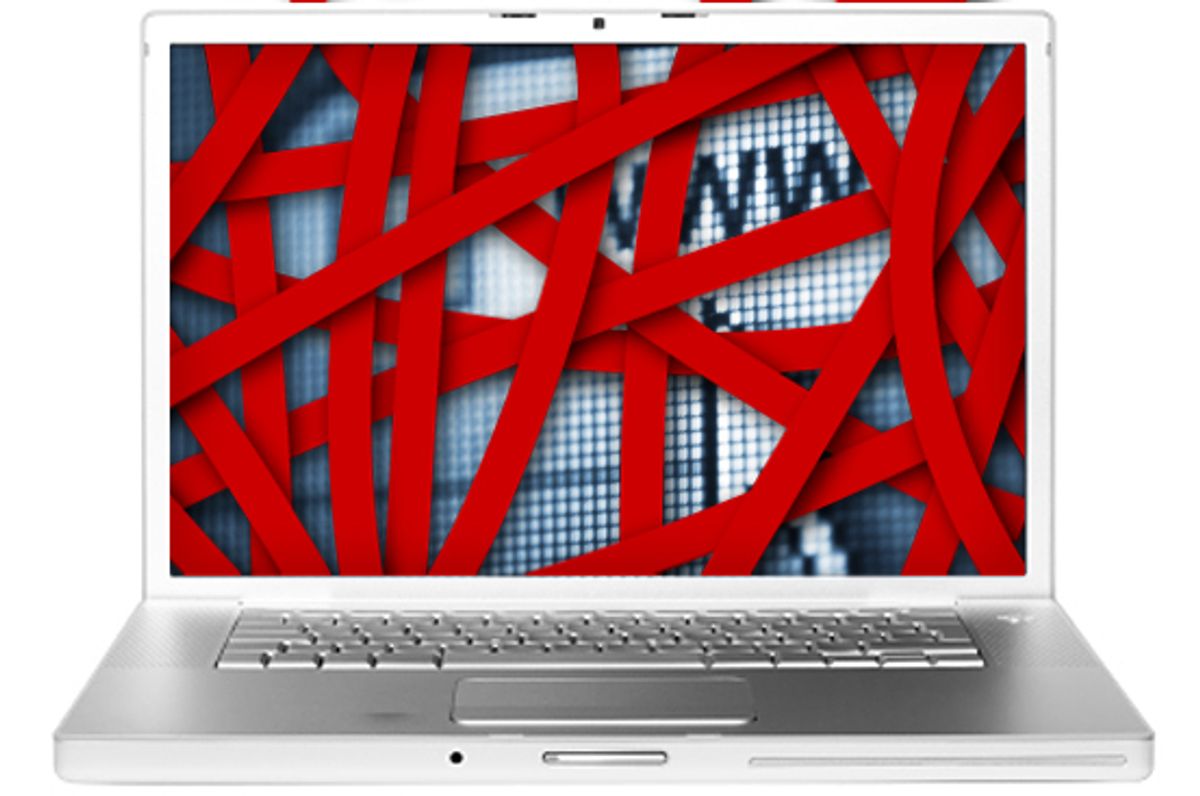 The neutering of the Internet is now the unofficial policy of the Federal Communications Commission. Contrary to the happy talk from FCC Chairman Julius Genachowski at a rule-making announcement today in Washington, the move is well underway to turn the Internet into a regulated playground for corporate giants.

Tuesday's FCC vote on rules purportedly designed to ensure open and free networks was a 3-2 partisan charade, with Genachowski and the other two Democratic commissioners in favor and the two Republicans against. It did nothing of the sort. The short-term result will be confusion and jockeying for position. Genachowski's claim that the rules bring "a level of certainty" to the landscape was laughable unless he was talking about lobbyists and lawyers; their futures are certainly looking prosperous. The longer-range result will be to solidify the power of the incumbent powerhouses -- especially telecommunications providers and the entertainment industry -- to take much more control over what we do online.

It's almost not worth the trouble of telling you what's in the rules, because they are so meaningless. About the only redeeming feature is a requirement that ISPs be more transparent about how they manage their networks. I would expect to see a bare minimum of compliance here, and little if any enforcement except an occasional wrist-slap, if that.

But when it came to rules that might boost network neutrality -- the notion that end users (you and me) should decide what content and services we want without interference from the ISPs -- the FCC's order paid lip service to the concept while enshrining its eventual demise.  In theory, land-line carriers (traditional phone and cable companies, for the most part) won't be allowed to play favorites. In practice, the new rules invite them to concoct new kinds of services that do precisely that.

But even that fuzzy concept won't apply to mobile carriers, which means that discrimination will be explicitly permitted by companies like AT&T and Verizon for customers of the iPhone and iPad, among other devices that are increasingly the most important entry point to the Internet.

The rules are also an open invitation to ISPs to spy on their customers. Genachowski's repeated references to users' right to use "legal" content were code words for the entertainment industry's push to have ISPs become their enforcement arms in the copyright wars. Hollywood wants your ISP to watch everything people do, and then block users who are alleged to be infringing.

If Genachowski and his supporters think that they've done the right thing because they're being attacked from all sides, they're missing the reality. Sometimes, when everyone hates what you've done, you've done the wrong thing.

The FCC majority didn't have the courage, or the political support from the Obama administration (yes, another broken promise), to push for regulations that would address net neutrality in any meaningful way. So the protests from open-Internet folks was immediate, and justified.

Republicans and their house organ, Fox News, talk about Tuesday's vote as a "plan to regulate the Internet," and they're half-right. They mouth platitudes about freedom and liberty. They end up with a free-fire zone for corporations -- an oligopoly of content and services for captive consumers.

But they're right to be wary of regulation, because we've seen the corrosive effect of regulation in so many other arenas already. The FCC is already a captive of telecom companies in its traditional operations. Why would anyone expect this to be any different when it comes to the Internet? And the law of unintended consequences tells us that any regulations would be sure to have effects we can't foresee today. That's the issue the network-neutrality advocates also usually fail to address.

What wasn't on the table in the FCC's deliberations was actual competition. Unlike many other countries, the United States doesn't require Internet providers to share their lines and networks. By "share" I don't mean "give away" -- this is essentially about renting capacity to other companies that want to be ISPs. That's how the Internet got so big so fast in the first place: Phone companies were not allowed to prevent other ISPs from offering service on phone lines, but now they're allowed to prevent similar competition, and the market is a stifling oligopoly as a result.

If you think the Internet should be an enhanced form of cable television, you should be happy where we're heading. If you think it should be the messy and complex result of what innovators want to create, and what customers at the networks' edges want to do with the creations, you should worry.