Five House members who should be reapportioned away

With a number of states set to lose seats following the Census, here's a look at who should go 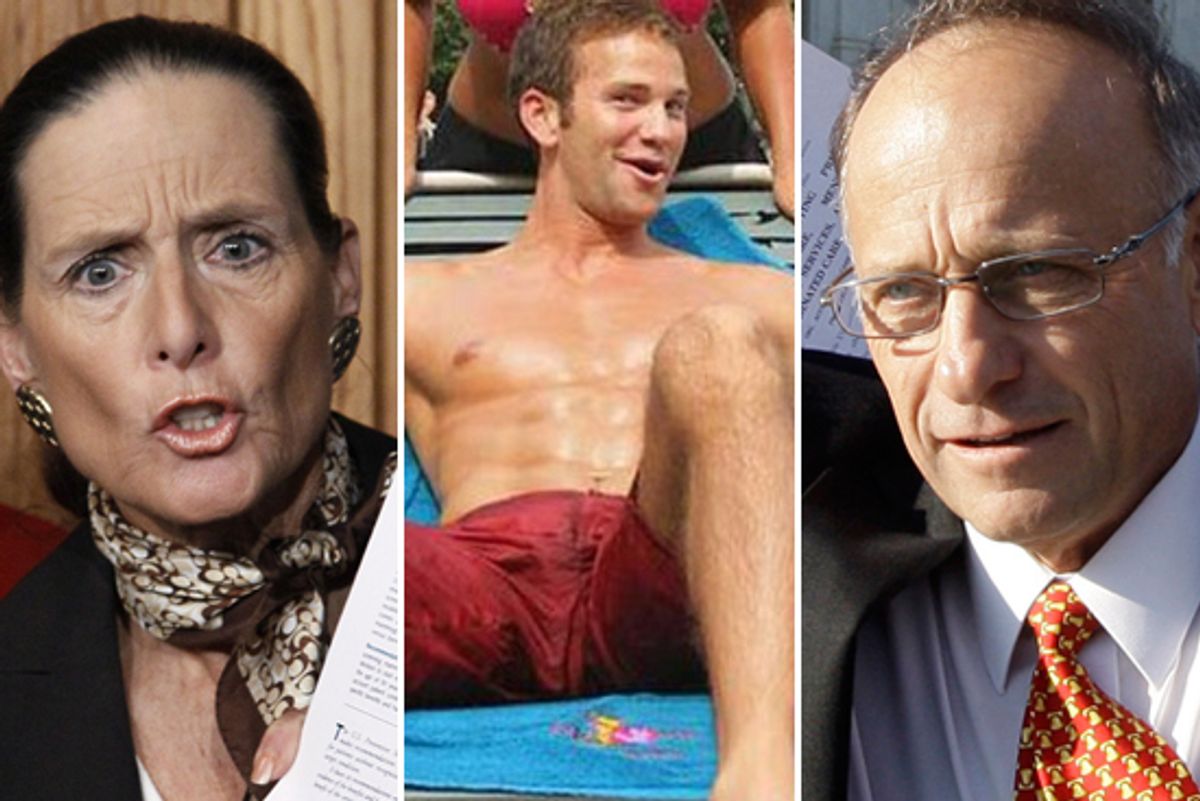 Today, the U.S. Census Bureau will deliver its report to the president, and we'll learn which states will gain and lose U.S. House seats and electoral votes. The news is expected to be bad for Democrats, even before the redistricting wars begin.*

But even if Barack Obama loses a couple of electoral votes, we could still try to make the best of a bad situation. Let's look at the states that are destined to lose a congressional seat or two, and fantasize about which current representatives we'd most like to see apportioned into retirement.

First, Minnesota will not lose a district, so Michele Bachmann is safe. Sorry!

Iowa is projected to lose one seat, and while that won't affect its stranglehold on the presidential nomination process, it might rid America of the one Iowa export even more offensive to thinking people than ethanol fuel. Steve King, proven by science to be the craziest congressman in the House, represents a sparsely populated but incredibly Republican district. No one would really miss the guy who was the sole vote against a plaque honoring the slaves who built the Capitol, right?

While it's tempting to wish for John Boehner to go crying into that good night, Jean Schmidt is a complete nightmare of a person. Whether she's discussing abortion with 6-year-olds, calling Jack Murtha a coward, or whispering sweet nothings to birthers, Jean Schmidt is easily Ohio's worst representative. But Ohio's losing two seats, so Boehner can go, too.

Schock is America's hottest and youngest member of Congress, and boy does this guy love to torture people! (We'd also be fine with losing idiot climate change denialist John Shimkus.)

Louisiana's set to lose a seat, and while no one in its delegation is even close to Steve King-level bad, Charles Boustany is on the record questioning whether the president was born in the United States. (He later retracted his statement. So he can get a pass and they can take Steve Scalise instead.)

New York's set to lose two seats. Peter King's probably safe, so let's just go with what would be the funniest outcome: a loss for ambitious attention-addict Anthony Weiner.

*(And the deck is already stacked against them. While the House is vastly more small-d democratic than the Senate, limits on its size and the fact that districts are generally designed to be "relatively compact" and "contiguous" means the system is broadly unfriendly to Democrats, who tend to cluster in urban areas and produce incredibly "safe" seats, while Republicans spread out and produce many more less-homogeneous but mostly Republican districts.)