The lame duck wins are adding up for Obama

Republicans tried to make Obama choose between "don't ask, don't tell" repeal and the START treaty: He'll get both 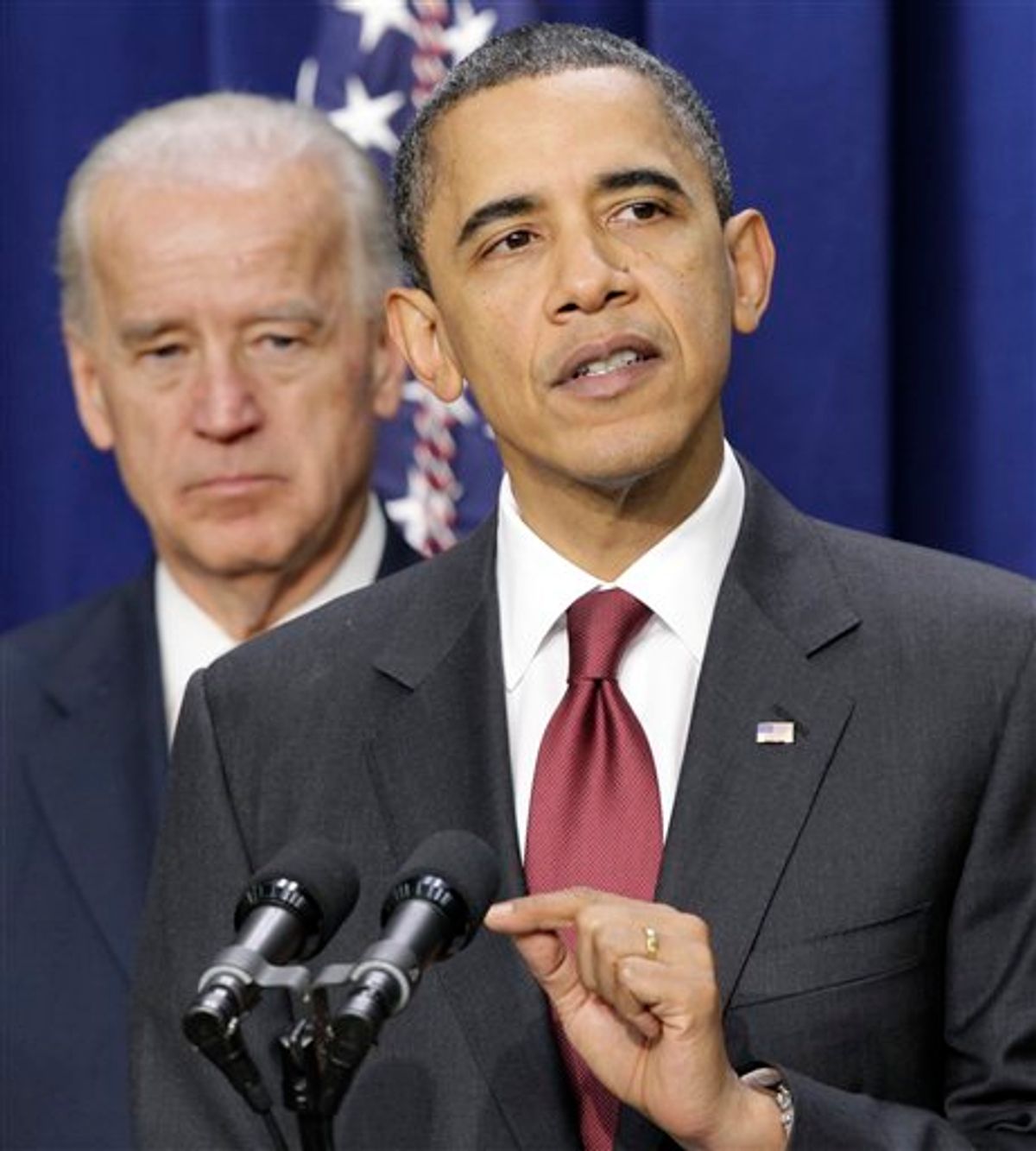 Despite their leaders' bluster, Senate Republicans do not have the votes to block ratification of the New START treaty. When a vote to end the GOP's filibuster was called on Wednesday afternoon, 11 Republican senators broke with their party. With a total of 67 senators voting to kill the filibuster, the path now seems clear for the chamber to formally ratify the treaty, which calls for the U.S. and Russia to pare back their nuclear arsenals over the next seven years, on Wednesday.

Needless to say, this represents a significant political victory for Barack Obama -- and not his first one this lame duck session. The White House worked intently to win over Republican support, which was more crucial than usual on START because of the two-thirds requirement for treaty ratification, and overcame a series of increasingly creative objections from some GOP senators who were intent on denying Obama a key item on his December wish list.

Not all of the Republican opposition, mind you, stemmed from an effort to obstruct Obama's agenda for political gain. The conservative wing of the GOP has historically been distrustful of treaties, especially with the Russians, even when Republican presidents have pursued them. The fact that Ronald Reagan was pushing it didn't stop Jack Kemp from branding the 1987 Intermediate Nuclear Forces Treaty "a nuclear Munich that could imperil NATO's future." There was always going to be a solid bloc of right-wing opposition in the Senate to New START, no matter how Obama sold it.

But other Republicans clearly were trying to obstruct, chief among them Lindsey Graham. Unlike the far right of his party, Graham has exhibited an  internationalist streak and, at least initially, seemed inclined to support START. But he ended up leading the fight against it, not because of any major flaws with the treaty, but because he considered the process "poisoned."

Graham and his allies hoped that this strategy would prevent Republicans who were open to the treaty from defecting. The argument was born late last week, when it became clear that Democrats planned to bring up the DREAM Act and repeal of "don't ask, don't tell" over the weekend. Addressing those issues before START, according to Graham, is what "poisoned" the Senate. Obama and Harry Reid, to their credit, weren't cowed by this threat, and went ahead and pushed through the repeal of DADT on Saturday (and also failed in an effort to end the DREAM Act filibuster). Essentially, they called Graham's bluff: When it came to it, there were enough Republican senators unwilling to kill START just because the military's ban on openly gay service members had been ended.

The lame duck session isn't over yet. START still needs to be officially ratified, and the fate of the 9/11 bill is still up in the air; there are signs that Democrats have the votes to pass it, but Republican Sen. Tom Coburn is threatening to kill it with procedural delays. If the bill ends up clearing Congress, it will serve as another clear victory for Obama. The lame duck session hasn't been perfect for Obama and Democrats -- they did, after all, have to fold on extending the Bush tax cuts for the wealthiest Americans and they were unable to push the DREAM Act through -- but it's been a lot more productive than expected.

Think of it this way: If you had said in the immediate wake of the November election -- in which Democrats lost more than 60 House seats, nine Senate seats and a boatload of governorships and state legislatures -- that by the end of the year, the START treaty would be ratified, DADT would be history, and $300 billion of new stimulus would be authorized by Congress (with Republican support), you probably would have been laughed at. But it will all soon be a reality -- and there's a real chance that passage of the 9/11 healthcare bill will be too.