Salon's film critic explains his Movie List, his problems with the Sandler comedy, and "Waiting for 'Superman'" 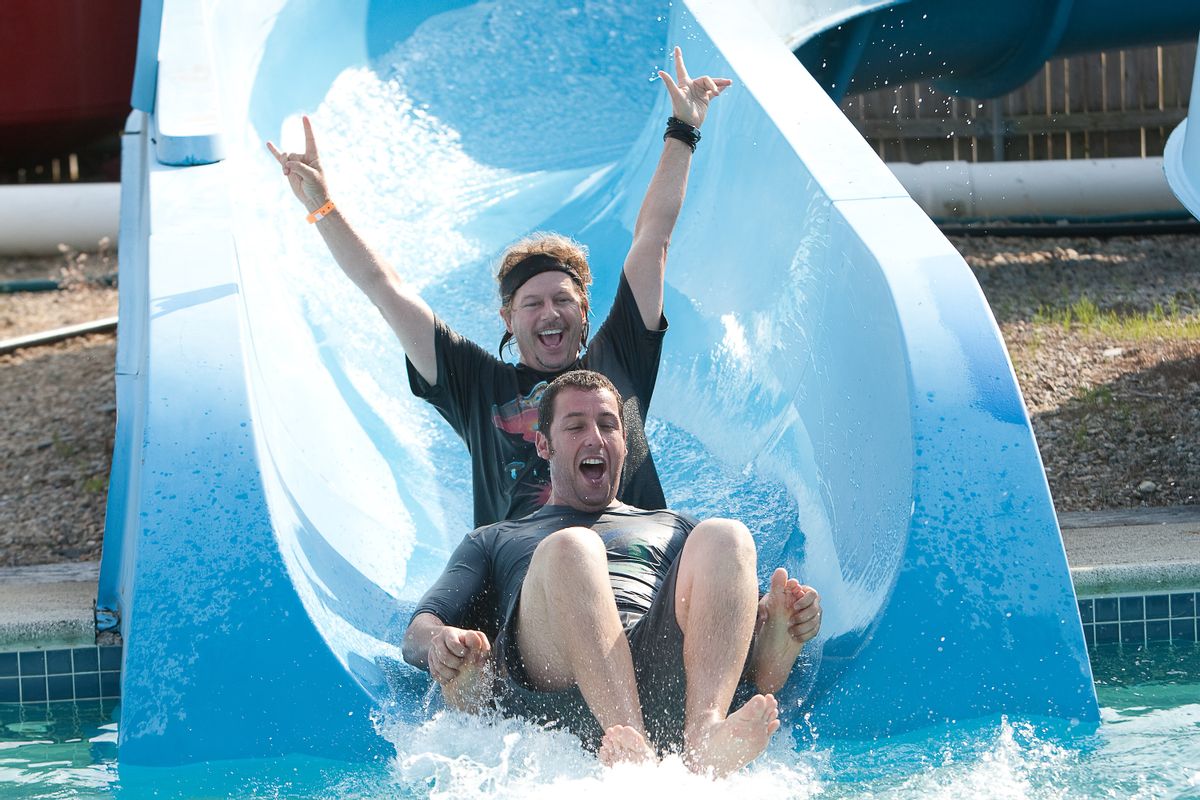 Lauerman: Let's do this!

Lauerman: Actually, that's the sort of enthusiastically clichéd line that might appear in "Grown Ups"! I must ask -- with your year of moviegoing over and your full ranking of everything you've seen completed -- do you really, really think "Grown Ups" was the worst movie you saw in all of 2010?

O'Hehir: Ha! Well, "worst" is always a tough thing to define. I think it appalled me more than anything else I saw all year, in that talented people were involved, and in some sense the intentions could be called good -- by all accounts, Adam Sandler is a great guy -- and the results were teeth-grindingly juvenile and stupid.

Lauerman: They were. But I have to say: I watched that movie over Thanksgiving, with my family. And it did as reasonably well as anything could in a living room that included two liberals, two arch-conservatives, a couple of college kids and two octogenarians. I loved "Fish Tank," but I think it would have thoroughly confused my mother. Is there something to be said for a middling, un-ambitious entertainment that appeals meekly but broadly?

O'Hehir: Oh, totally. That's an excellent point, and that's what movies like "Grown-Ups" or the "Focker" franchise are meant to do -- appeal across demographic and generational lines, so that large summer and/or holiday audiences can be satisfied. And it is important for critics to be cognizant of that.

My mom might tolerate "Fish Tank" OK, but obviously that's not its role. I do think that the social role of pleasing all comers can be accomplished without the combination of Hollywood vanity and aggressive stupidity in "Grown Ups," though. Audiences seem to be taking a pass on James L. Brooks' "How Do You Know," which I think is unfortunate. That's an enjoyable movie with stars, gags and a love story that would offend very few viewers from 8 to 88, or whatever.

Lauerman: Right. The most objectionable part of "Grown Ups" to me, to be honest -- and devil's advocating over, I'll admit it's a really dumb film -- is that awful, key gag they showed of shooting the arrow straight up in the air as everyone runs away. Do you remember that? It's played as farce, but that's the sort of idiotic thing that kids will actually go out and do.

O'Hehir: That's a good point. Normally I don't worry about that in movies, but if you remember that movie about frat boys lying on the yellow stripe in the middle of roads, a kid actually got killed doing that. There are an awful lot of gags about inflicting physical pain in "Grown Ups," actually, which is nothing new. I sure hope there aren't kids who went to E.R.'s this fall with arrows in their feet.

Lauerman: Or anywhere else. Did you expect any movies to be near the bottom that weren't? Movies that, in retrospect, wore better as the year went on?

O'Hehir: Well, I don't get the impression that my fellow critics have much time for the "Twilight" franchise, and in all honesty our readers weren't much interested either. I haven't read the books, and don't intend to. But simply taken on its own, the latest installment was solid popcorn cinema, with committed acting, good action scenes and a classic romantic triangle. It's not in my top 20 or anything, but it was a whole lot better than many earnest indie films I saw this year!

Lauerman: I was surprised to see "Killers" so far down your list, because I remember you defending Ashton Kutcher.

O'Hehir: Oh, that's a terrible movie! Almost unbearable to watch. That director, Robert Luketic, personally embodies the most vapid kind of Hollywood style, without even having the flair or technical prowess of somebody like Michael Bay or Tony Scott. I am willing to defend Kutcher, up to a point. But I have to admit that proposing him as the next Clark Gable, as I did this year, was somewhere between a joke and a dare. Like: This guy might have this kind of talent, if he can figure out how to harness it and say no to the offensively stupid roles.

Lauerman: Well, but you've liked him in other things, too. So it made sense.

O'Hehir: Yes, I have. He's one of those actors who can be entertaining in anything. I enjoyed his camera commercials! If people dismiss him for making bad choices, or undermining himself with his jokey persona, or whatever, I simply disagree. I would love to see him get better parts, but that may not be the plan -- and I know Kutcher has a plan.

Lauerman: Is there a point on the list that delineates Good from Bad? Where, precisely, is the dividing line?

O'Hehir: To me, everything up to about 85 or so is a movie I think is basically pretty good, and then I start to get major reservations about 92 or 93 -- with "Conviction," which is watchable but very flawed, or "Waiting for 'Superman,'" a compelling but problematic documentary. And then, somewhere around 110, you get to movies I just don't think are very good, but there might be interesting things about them.

O'Hehir: Yes, exactly! That's pretty much it. Two wonderful actors, a great story and some good scenes. But it runs out of gas, and ends up as much less than the sum of its parts.

And then the ones I would call bad don't start until maybe the 140s. I would say No. 145, the German comedy "Soul Kitchen," is watchable and interesting, kind of funny but totally minor. And then 146 is "All Good Things," which is not a good thing at all.

Lauerman: Your low ranking of "Waiting for 'Superman'" (No. 93) is actually probably the single biggest shock on the list. It's just so universally beloved, that film.

O'Hehir: Yes, I puzzled about where to put "'Superman.'" It's super-well-intentioned and I admire what Davis Guggenheim was trying to do there. The emotion in that film is very effective, and I guess there's a political element to my judgment. I just don't think he depicted the public education debate fairly enough. He meant to, but there was a failure of understanding or execution.

Lauerman: How was it not fair?

O'Hehir: I think Davis really buys into the argument that charter schools are the be-all/end-all solution to the dilemmas of public education. Now, I am not a status-quo booster at all, nor am I a charter-hater. (As Salon's readers may know, my children are currently home-schooled.) But he blundered into a really complicated situation that people have pondered for seemingly eons, and thought he found the answer. It'd be like somebody reading up on Israel and Palestine a little, and saying, "Hey -- they need to have two states!"

Lauerman: Right, yes. Though it's a front-runner for the documentary Oscar, surely. What would your pick be?

O'Hehir: There were so many terrific docs this year! I think I'd have to go with Charles Ferguson's "Inside Job," which is a rage-driven exposé of the global financial crisis and just an exemplary use of the medium. Although I'd also be tempted by "The Tillman Story," which is a simultaneously heartbreaking and hopeful movie about a really unusual American family.

Check out Andrew O'Hehir's ultimate 2010 Movie List -- and tell us what you thought the worst film of the year was in the comments section below.