A new plan that divides passengers into risk groups is the best idea I've heard. Will the TSA bullies go for it? 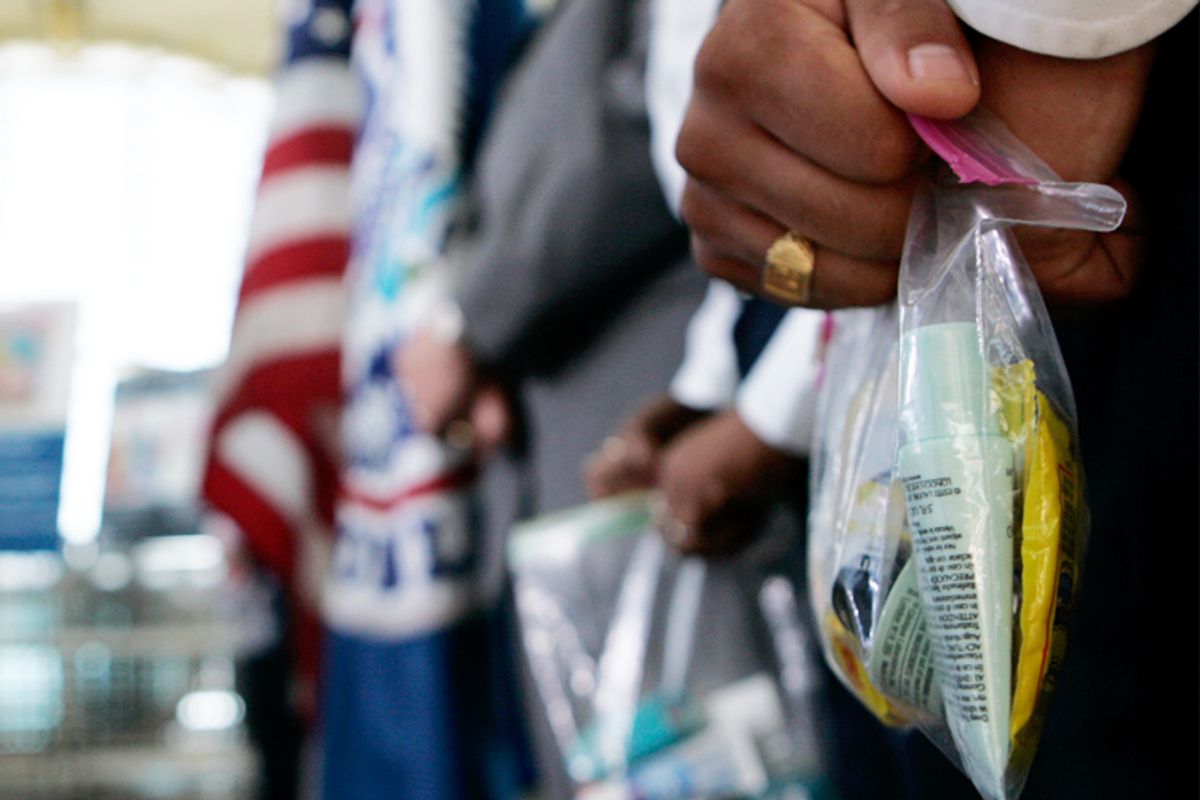 Under the IATA plan, unveiled last week, each passenger will be categorized into one of three risk groups, and then screened accordingly. Biometric proof-of-identity, such as a fingerprint or encoded passport, will be checked against a stored profile containing various personal data, and also against passenger watch lists. This, together with flight booking data, will determine which of three screening lines a traveler is then assigned to.

Those in the first line would receive little more than a cursory bag check, while those in the third line would be subject to an "enhanced"-level check similar to the Transportation Security Administration procedures that are currently applied to all passengers.

It might not be a perfect solution, but this is easily the best idea I've yet heard with respect to restoring sanity to airport security.

"The current system of putting everyone through the same procedure ... is an incredible mess," said Giovanni Bisignani, IATA's director general. "We need to be able to find bad people, not bad objects. We can only do that by assessing passengers for risk with appropriate security checks to follow."

This echoes what many of us have been saying for years: The existing checks, which hunt for weapons rather than criminals who might use weapons, categorizing every single person who flies, from an infant to a uniformed crew member, as a potential terrorist of equal threat, is neither sustainable nor effective. We have created a gargantuan airport security apparatus that is ultimately unable to enforce its own rules, charged with the impossible task of confiscating every conceivably dangerous item from literally millions of daily travelers. (At the same time, we allow tens of thousands of airport tarmac workers to bypass screening more or less entirely, effectively nullifying those efforts on the concourse.)

IATA says that an early version of its more rational, three-tiered system could be up and running in under three years. That is, if governments cooperate.

Most governments, I feel, will be willing to give it a try. The European Union, for example, has already expressed an eagerness to get beyond current protocols by announcing a phaseout of the silly restrictions on liquids and gels.

But it's not the Europeans that make me nervous, it's the Americans.

Enacting such changes would take, more than anything else, the political will of our president and Congress. Distressingly, we have thus far seen little to no political opposition, bipartisan or otherwise, to TSA's ponderous and intrusive methods -- methods that do little to ensure safety while subjecting millions of U.S. citizens to unreasonable search and seizure, all the while costing billions of tax dollars. I just don't see this changing. The media, too, have ranged from silent to occasionally supportive of a security approach that is at best farcical and at worst downright dangerous.

IATA is making sense, but I'm sad to say it lacks the clout -- and the inertia -- of the U.S. Department of Homeland Security. And while I hate to sound like a conspiracy theorist, our leaders often talk and act as if they enjoy the status quo, unwilling to disenfranchise any facet of what has become a vast and profitable security industrial complex.

The Transportation Security Administration, playground bully stepchild of the DHS, is a charter member of that complex, and will be loath to relinquish even a Ziploc bag's worth of authority. TSA is firmly, perhaps irrevocably entrenched, and has grown giddy with power -- the power that our leaders have granted it, aided and abetted by a cowardly, lethargic populace and an irresponsible media.

Wisdom just isn't in the cards, I'm afraid, and good luck dragging even one of those screeners off the concourse.