What would Jesus do about sex trafficking?

Annie Lobert is spreading the word about the dark side of prostitution, as well as God's love for hookers 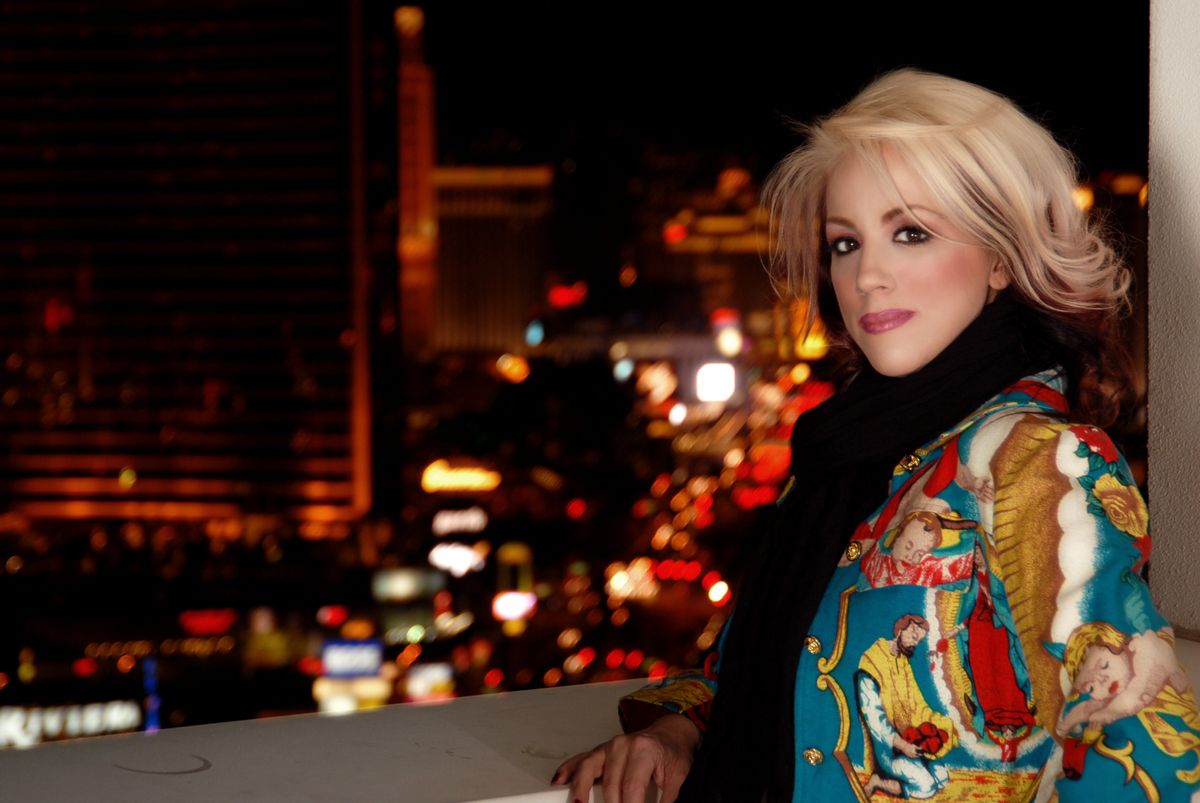 She tosses her platinum blond hair over her shoulder and pulls down her shirt to expose the freckled flesh above her breasts. It's a move that would be sexy in most contexts, but certainly not this one: Annie Lobert, a former prostitute, is showing me how her breastbone bulges slightly on one side from a particularly bad beating from her pimp. "See that? That's from him standing on top of me with his Gore-Tex boots on," says the 43-year-old. "I was laying down and he marched on my chest." She presses on the bony protrusion, and it pops.

This is the first jarring stop on the tour of Lobert's battle wounds from more than a decade of hooking in Las Vegas, and it's this ugly side of the sex trade that she helps to expose in Investigation Discovery's reality TV series "Hookers: Saved on the Strip." The show, which wraps Wednesday at 10 p.m., follows Lobert as she reaches out to Sin City prostitutes and offers to help them escape abusive pimps, just like she did. There is just one catch: She offers harbor in a transitional home run by her organization, Hookers for Jesus, and the Church at South Las Vegas. It's a human rights mission, and a religious one, too.

Over lunch at a sushi restaurant, she continues mapping her scars. Pulling back her bangs, she reveals a thick white line along her hairline. "He did that to me, too," she tells me. "Another time, he took a hot fire poker and just -- boom, boom." She slams her fists on the table. "Girl, I could not walk. I have never seen anything so grotesque. My thigh was black." That's just the abuse that left physical scars -- he called her every name imaginable and shoved her face in dog shit. There were clients who beat and raped her at gunpoint, and friends, fellow working girls, who died. "Their bodies were chopped up," she says matter of factly between bites of sashimi. "They were strangled, shot in the head by tricks, or 'disappeared' by their pimps."

The dissonance of eating raw fish while in the middle of the desert (or while talking about dismemberment) is nothing compared to the experience of going to Sunday services with Lobert -- the least of which is because I'm an atheist who has never attended church. The members of her congregation are no strangers to sex work or any of the other "un-Godly" things going on 20 miles away on the strip. After the preacher's raucous and very Vegas sermon -- during which he exclaims, "God loooves sex!" -- Lobert introduces me to a couple of  churchgoers who used to turn tricks just like her. One friend -- let's call her Cameron, thanks to a resemblance to a certain blond actress -- managed to tear herself away from her pimp, and the sex trade, when he landed in jail (she was carrying his baby at the time).

Another woman, let's call her Julia, seems at first to have the sort of "happy hooker" story that we so often see in pop culture: She was swept off her feet by one of her clients, à la "Pretty Woman," she says. But then she introduces me to her newly adopted daughter: A shy 16-year-old with long brown hair who recently escaped life on the street, and whose 13-year-old sister is currently being exploited downtown by child sex traffickers; she hears from her occasionally but has no idea how to find her. Neither do the police, apparently.

It isn't an unusual story, but it's bracing to me, in particular because I am one of those young feminists who philosophically believes that prostitution should be legal. For the first time, though, I viscerally understand the anti-legalization stance. I can't say my position has changed, but seeing the scars and tears firsthand makes the issue appear infinitely more complex. Too often, I have focused on the best-case scenario: the "high-class" hooker who is a free agent. These women, and men, do exist, but they are not the majority. Of course I already knew this, but talking to a teenage girl whose kid sister is being sold for sex puts your political priorities in check.

When Lobert lived with her pimp, he would bring home underage girls. "I had 12-year-olds in my house," she says. Some of them barely spoke English and they all had fake IDs; whenever she found out their real age, she would try to run them off, sometimes even buying them a bus or a plane ticket out of town. Lobert drives me down a shadowy street right off the strip and points with one of her glittery pink acrylic nails. "That's where all the underage girls walk."

It isn't just the underage girls that are being forced into the trade, either. "These women leave and they die," she says. Lobert left her pimp several times, "but he always found me," she says. She was kidnapped, had her hair cut off (so that she couldn't make money for another pimp) and beaten close to death. Now she simply refers to most sex work as trafficking. "When it’s 'prostitution,' no one wants to talk to you, but it's the same thing. You’re being trafficked. You’re being enslaved. You might not see the chains, but they're there."

When it comes to sex workers who say they enjoy their work, Lobert is unyielding, even when pressed: "They're either in the honeymoon phase, or they're in total denial." She concedes that there are prostitutes without pimps, but claims that they're the exception to the rule. "Eventually, you run into a pimp, or you meet a girl in the business who will lure you home to their pimp, " Lobert says. "No matter whether he's a hardcore pimp that's beating you down or someone who is taking part of your money so you can make money, someone along the line is making money off of you." And when it comes to clients: "High-class, low-class, it doesn't matter. If a trick's gonna strangle you and kill you, he gon' take care of bidness," she says, revealing a sudden glimpse of the streetwise young woman she was on the strip.

This is where Lobert's religious message becomes secondary. She may broadly preach against prostitution as a "perversion" of sex's intended purpose as a "beautiful representation of a union between a man and a woman," as her husband, a Christian rock musician, passionately puts it -- but she's fundamentally speaking out against the coercion and exploitation that she experienced firsthand. "I just want justice, and this is what it looks like," she says, tapping my tape recorder. "It's bringing awareness."