Did the recession prevent teen motherhood?

Some thank the economy for a decline in teenagers giving birth, but contraception is the likelier savior 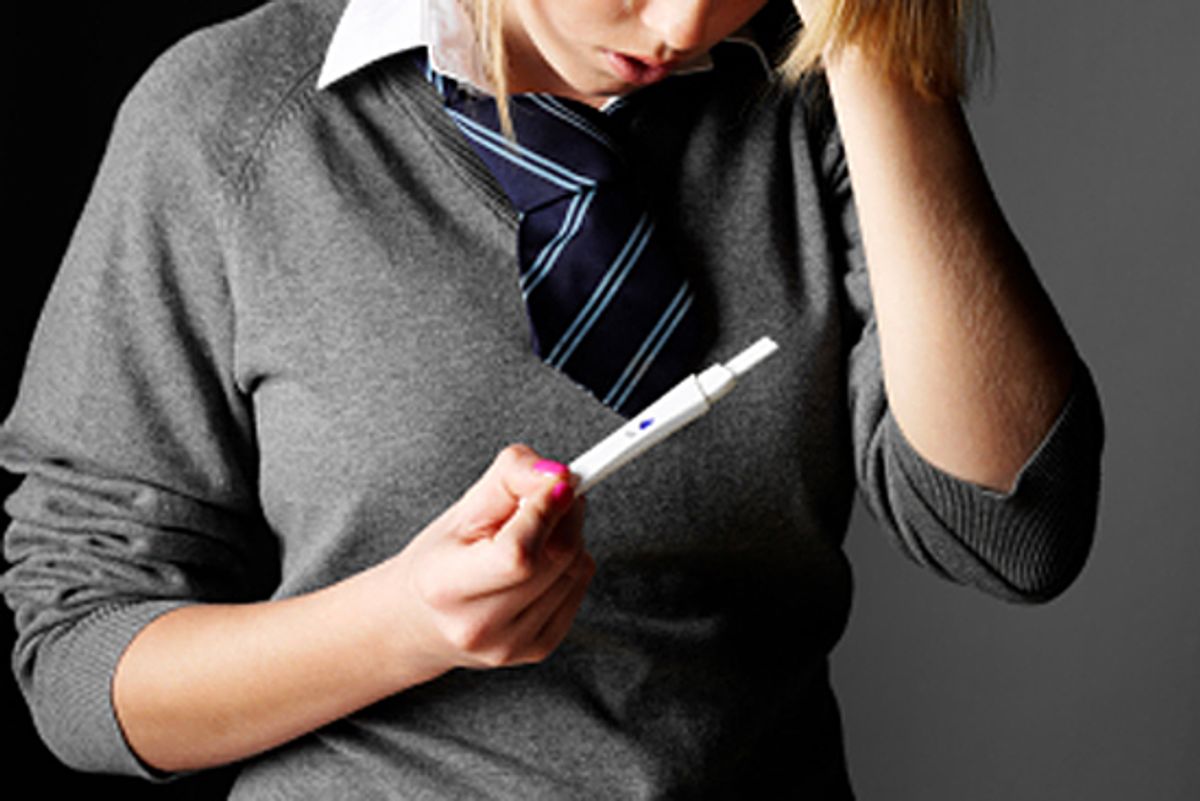 Teen births hit a record low last year, according to a CDC report released Tuesday, and the narrative quickly taking hold in the media is that we have the recession to thank. It's a surprising idea, that teenagers are keeping it in their pants because a baby isn't a prudent choice in the current economic environment. Foresight isn't what we expect from those creatures of impulse -- and, indeed, when is a baby a practical economic choice for a teen? It also struck me that the teen birth rate isn't the same as the teen pregnancy rate, if you catch my drift (my drift being ... abortion). I took my questions to a couple of experts in hopes of some clarity.

"The recession is everyone's favorite causal explanation for things happening right now," said Rachel Jones of the Guttmacher Institute. "Other than people conjecturing, there is no evidence that the recession has had a direct impact on teen sexual behaviors." What we do know, however, is that contraceptive use increased among teens between 2007 and 2009. "We don't know the reason for that increase," she explains, and, in fact, it could be the recession -- but, again, the truth is we just don't know. Her no-nonsense take: "It seems if we want to look for reasons for patterns in teen birth rates, [birth control use] is the one indicator that offers us practical insights."

Bill Albert of the National Campaign to Prevent Teen Pregnancy shared my initial skepticism about the economic explanation: "I just simply do not know many 16-year-olds who are thinking about bank statements when they hop in the sack." But he pointed out that while roughly eight out of 10 teen pregnancies are unplanned, "there is a mushy middle ground [of teens who] say, 'Well, yeah, I wouldn't want to get pregnant, but it wouldn't be the worst thing that happened.'" Call it the "mush" factor: Perhaps those ambivalent teens were swayed by firsthand experience of the economic meltdown: "Their parents might be struggling to make house payments," he said. "They might know neighbors who have lost jobs and can't find jobs."

As for the question of whether a decrease in teen births might be linked to an increase in teen abortions, there is a bummer of a data lag: Guttmacher isn't releasing 2008 stats on pregnancy terminations until early next year. However, says Albert, "if the past is prologue, the answer is probably no. What we have seen over the past two decades is that teen birth rates have gone down because the underlying pregnancy rate has gone down. Put another way, all three -- pregnancy, abortion, birth -- all tended to be going down at the same time." Jones agrees: "Teen births and abortions seem to follow the same trajectory," she said. "We haven't seen any indicators that abortions have gone a different direction than births."

You might recall that there was a troubling and unexplained rise in the teen birth rate in 2006 and 2007. Albert says the 2009 finding -- which followed a 2008 decrease -- suggests the uptick was "an abnormal blip" and that we're now "resuming a nearly two decade trend toward fewer teen pregnancies and fewer births." Inexplicably, some abstinence advocates think this report has "exonerated their approach," reports the Washington Post. Valerie Huber of the National Abstinence Education Association told the paper, "This latest evidence shows that teen behaviors increasingly mirror the skills they are taught in a successful abstinence education program." Except that ... it doesn't. Says Guttmacher's Rachel Jones, "The levels of teen sexual activity haven't changed, which would suggest that there isn't more abstinence out there -- but there was a change in contraceptive use."