The meaning of the modern hipster 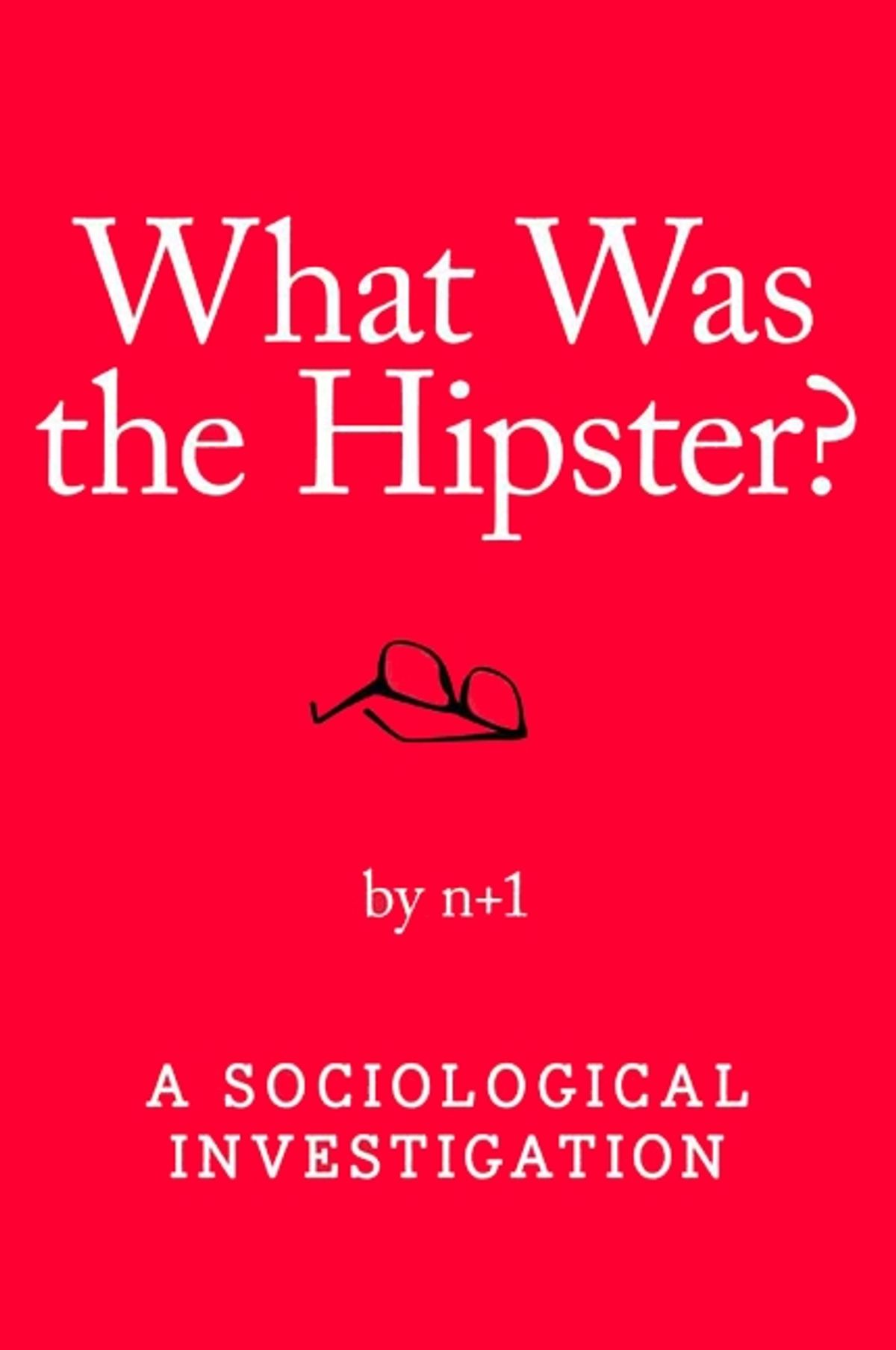 For Mark Greif, one of the founding editors of the literary and political journal n+1, the modern-day hipster was reborn around 1999. His dating accords with my own perception. During my senior year at Vassar, before I became consciously aware of the name by which to designate the trend, I wondered at why some of my smartest Caucasian friends spurned high-gloss refinement, why they stopped reading French theorists and started watching TV, forsook microbrews or Guinness in favor of cheap beers like Pabst Blue Ribbon, and began wearing trucker hats. As a black guy, from a genuinely middle-class background, I was mystified by these déclassé affectations. I remained in a muddle about all of this, after financial obligation sent me back to the predominantly black suburbs of northeastern Maryland where styles had remained more or less consistent with those that I'd known since high school.

In 2005, I got an office job in Manhattan. Through a co-worker I learned how to name the trend that I'd brushed up against intermittently, when I'd drop in on friends in Williamsburg. I can still recall her surprise that I was unfamiliar with hipster accoutrements like Vice magazine or websites that posted party photos, such as the Cobra Snake. Aside from feeling removed from what was supposedly the vital present, what struck me in talking to her was the hypocrisy she wore as lightly as a chiffon scarf when speaking contemptuously about the hipsters of her Williamsburg neighborhood or about the pretentiousness exhibited by some of the Vice editorial staff, to whom she'd applied for an internship. As if all-knowing (the very definition of a hipster), she personified the lame but telling quip, "What's the easiest way for a hipster to offend another hipster? By calling him a hipster!"

There is a history to this sort of outsider-insider exceptionalism. In his primordial incarnation, as memorably anatomized in Anatole Broyard's 1948 essay for Partisan Review, "A Portrait of the Hipster," this dean of the streets was assumed to be of African-American descent. Broyard -- a Creole who in part made his name by trading on his intimate familiarity with black culture, but passed himself off as white -- advanced the claim that the hipster sauntered out of the muck of institutionalized racism. The savvier-than-thou posturing, which became his calling card, was predicated on inverting the power structure that conspired to keep blacks on the periphery of tony society. Philosophic legerdemain assisted him in this feat; he concealed his ignorance by contriving to make others feel theirs. In this way, the hipster charmed or chafed the squares around him with his persona which radiated what Broyard refers to as "a priorism": "[This quality] arose out of a desperate, unquenchable need to know the score; it was a great projection, a primary self-preserving postulate. It meant 'it is given to us to understand.' Carrying his language and his new philosophy like concealed weapons, the hipster set out to conquer the world. He took his stand on the corner and began to direct human traffic."

This patented cool -- a supposed flower of his racial heritage -- would not remain solely at his disposal for long. White kids wanted to aggrandize themselves, too. As Norman Mailer wrote in his controversial 1957 essay for Dissent, "The White Negro: Superficial Reflections on the Hipster," "there was a new breed of adventurers, urban adventurers who drifted out at night looking for action with a black man's code to fit their facts. The hipster had absorbed the existentialist synapses of the Negro, and for practical purposes could be considered a white Negro." The assurance with which Mailer defines the lineaments of black identity, and suggests how easily it can be appropriated, should give one pause.

The aftermath of the civil rights and Vietnam era witnessed the rise of punk, which in turn spurred the emergence of '80s indie culture. These countercultures flowed out of a rejection of what many young people saw as an increasingly corporatized world. On the heels of these movements (which eventually became co-opted by the mainstream, as the documentary "1991: The Year Punk Broke" attests), neighborhoods like Williamsburg in Brooklyn and Wicker Park in Chicago rose to prominence as places that were connected with bohemia and artists. But by the late '90s these locales seemed less identified with a community and more with attitude, prime real estate, or even the brands associated with them. Out of the nexus of these events the hipster regained his strut.

In the spring of 2009, the editorial board of n+1 convened a group of intellectuals to deliver papers and participate in a dialogue with an audience at the New School in Manhattan. "What Was the Hipster? A Sociological Investigation" presents a record of these proceedings as well as responses and reflections occasioned by them. "For once," Grief writes in his introduction, "here is analysis of a cultural phenomenon not learned from TV, or pre-digested." The book's kaleidoscopic mapping of the (typically white) hipster, in his or her many guises (e.g., "the poison conduit" between the "rebel subculture" and "the dominant class" or, in the case of the female hipster, one beholden to the photographic lens), feels so of-the-moment that it may make you cringe at your online profile.

Returning to the subject of hypocrisy, one of the virtues of the book is how the contributors inscribe themselves in the topic of investigation. Thus, with no small display of wit, Christian Lorentzen in his essay, "I Was Wrong," confesses to having profited from "a massive fraud [that] held that there were people called hipsters who followed a creed called hipsterism and existed in a realm known as hipsterdom. The truth was that there was no culture worth speaking of, and the people called hipsters just happened to be young and, more often than not, funny-looking." Or Rob Horning, who writes:

Hipsters reduce the particularity of anything you might be curious about or invested in into the same dreary common denominator of how 'cool' it is perceived to be. Thus hipsterism forces on us a sense of the burden of identity, of constantly having to curate it if only to avoid seeming like a hipster.We keep consuming more, and more cravenly, yet this always seems to us to be the hipster's fault, not our own.

As with almost any book composed by various contributors, there is a range of quality in the offerings -- sometimes within the pieces themselves. Given the recurring motif, which runs throughout a number of the articles, of the hipster as the beneficiary of gentrification, Jennifer Baumgardner's "Williamsburg: Year Zero" seems a tad redundant in its evocation of the author's ambivalence as a participant in, and observer of, gentrification. Yet it remains interesting inasmuch as it broaches the topic of whether all the fuss over stylish men in skinny jeans conceals a latent homophobia.

One of the salient questions that linger in the mind after one emerges from all of this self-reflection is whether, in the panoptic age of the Internet, a counterculture can thrive without corporate interference. I'll leave it to you to ponder this conundrum that apparently entraps us all.