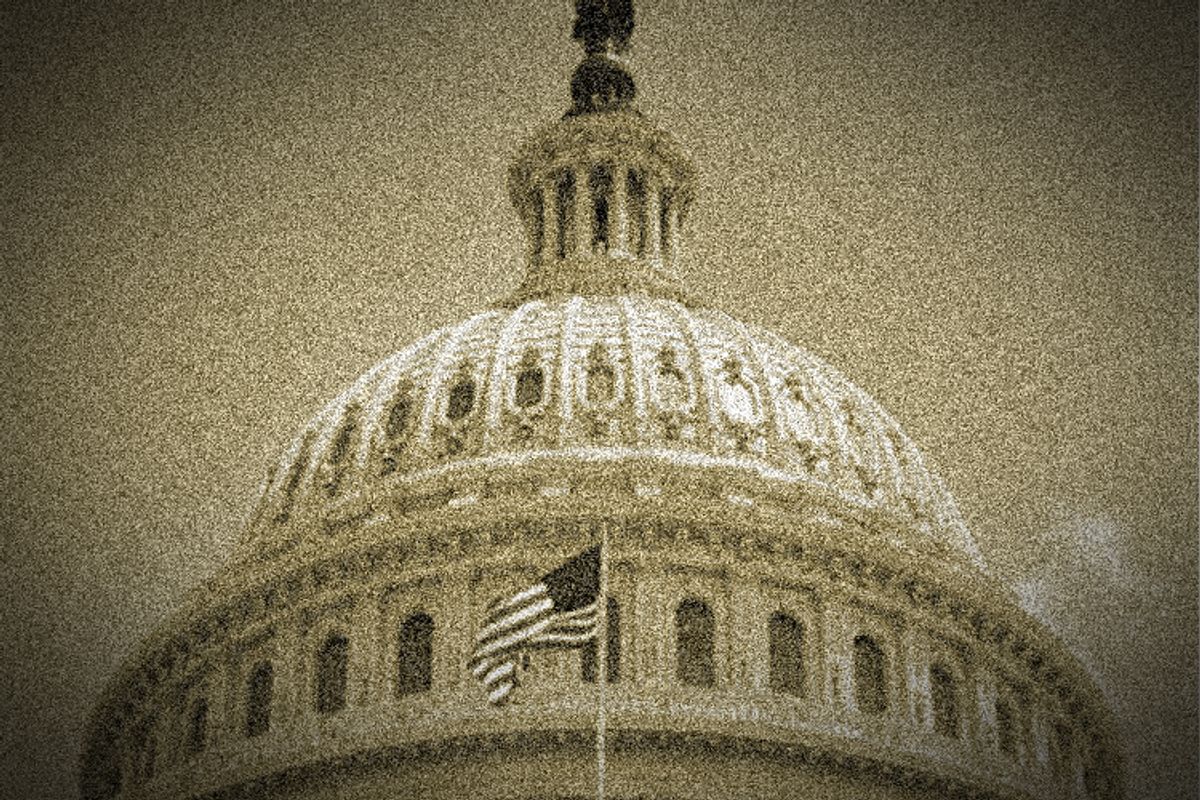 Maybe we were all wrong about the Senate! When push finally came to shove, they ratified START, passed the food safety bill and the 9/11 first responders bill, confirmed a bunch of judges, repealed "don't ask, don't tell," and extended unemployment benefits. And they finished up their work before Christmas. I must admit, I predicted doom for a lame duck session, and I repeatedly predicted that "don't ask, don't tell" in particular would be a victim of delaying tactics and obstruction. I was completely wrong on both counts. But who could've predicted that the Senate... would work?

No one quite knows what to make of it. "What broken system?" HuffPost Hill semi-sarcastically asked. (Those who are predisposed to particularly dumb narratives decided that this sudden Senate action means that President Obama's having a "comeback.")

So was all that bellyaching about a terribly broken Senate just liberals whining about not always getting their way? If all that "unprecedented" obstruction evaporated overnight was it ever that big a deal to begin with? Or is this sudden flurry of activity just a distraction from the fact that the Senate is still not up to the task of solving any of America's major problems?

Yes. To the last one.

First of all: All of these things should've been taken care of before the election. As Dave Weigel said, "twenty years ago, things like the food safety bill, which passed on a 75-23 vote, would not have been punted to the lame duck." There was no good reason -- beyond Democratic infighting and incompetence -- to delay the tax cut vote. (It might've been politically useful to hold a vote on the 9/11 first responders healthcare bill before the election too, come to think of it.) But nothing that passed was particularly controversial (not even "don't ask, don't tell") so all of it could've been taken care of long before a last-ditch lame duck. Before the days when every routine bit of legislation required 60 votes to even be considered, this entire lame duck docket could've been taken care of on some random week of the regular legislative session, with time enough left to confirm a few dozen uncontroversial presidential nominees.

Even this successful-looking lame duck demonstrated how difficult it's become to do the simplest things in the world's most deliberative body. The Senate had to pass the food safety bill multiple times, because of procedural screw-ups. The 9/11 bill shrunk -- after it "failed" a vote by receiving more than 50 but fewer than 60 votes -- because one cranky senator threatened to single-handedly delay another vote until after Christmas.

The Senate just gave up on slightly difficult but necessary things, like the DREAM Act and the appropriations bill. The failure of the omnibus spending bill will have major repercussions. It means that the government can't actually act on the wonderful progressive things the Senate passed earlier this year, like healthcare reform and financial regulation. If Dodd-Frank can't be implemented, does it even matter? And the Democrats failed to even come close to passing a budget while they still controlled both houses.

Sure, the Senate approved 19 judges. 19 out of 38 pending nominations. One confirmed judge had been awaiting confirmation since January. And as part of the "deal" between Democrats and Republicans, Democrats won't even seek votes on four other pending judges. (This is the point where liberal bloggers all reminisce about the days of "straight up-or-down votes.") After two years, Obama has managed get 60 judges confirmed, which is an absurdly low number, especially for a president whose party "controls" the Senate.

Meanwhile, we've got no climate bill, no immigration reform, no budget, and no hope of improving, rather than dismantling, the healthcare reform law. This was the dying breath of a sick Congress. The next one should be even worse.