A chorus of criticism and doubt about Sarah Palin is emerging from an unlikely and telling source: Republicans 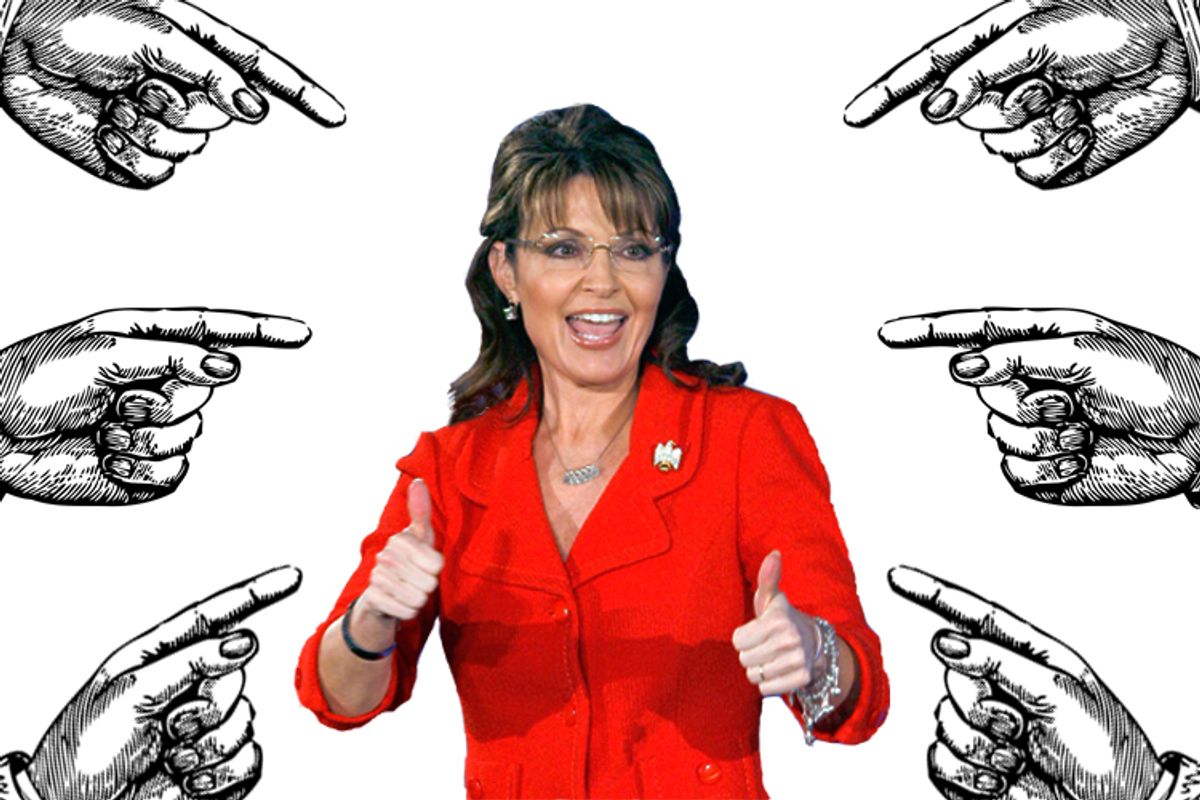 Sarah Palin is widely considered to be a leading candidate for the 2012 GOP presidential nomination. And while an October story in Politico made a splash (and drew Palin's wrath) by quoting anonymous Republican "insiders" attacking Palin, we've noticed a different, striking pattern in recent weeks: More and more prominent Republicans are publicly voicing doubts about Palin.

When you gather together, as we have below, the recent criticisms and misgivings voiced by Republican operatives, politicians and commentators, it becomes clear that Palin, if she has presidential ambitions, has a serious obstacle to overcome even within her own party. It also suggests that Palin would perhaps not be the powerhouse front-runner of a GOP primary that some have made her out to be.

Here's a look at the recent criticism, in reverse chronological order:

Everything she does and says lately seems geared toward reinforcing the negative opinion of that 60 percent already convinced that she isn’t qualified to be the commander in chief ...

So, rather than taunting people like Krauthammer, who merely said aloud what so many others are thinking about her unpresidential demeanor, maybe Sarah Palin ought to be waking up to the fact that she is simply unelectable.

Virtually every time Ms. Palin speaks out, she reinforces some of the worst impressions or deepest concerns many of us have about her. If she were to become the voice and representative of the GOP and the modern conservatism movement, both would suffer a massive rejection.

Sarah Palin will not be elected president; and for her sake, I hope she decides not to run.

"[S]he is not practiced in policy. The Katie Couric interview that she originally had was not, you know, a gotcha interview. They were fairly simple questions that she had trouble answering. I think that damaged her in the eyes of even non-ideological people.

Now, I would have hoped that she would spend the next years sort of getting really deep into policy and becoming an expert the way a lot of other candidates have done as they mature and approach the presidency. She hasn't."

“As a candidate nationwide I don’t think she is electable for a presidency, and I think that over time you will see reasons why.”

"I don't think she'll win nationwide," she said. "You've got to start competing for the center. And so far, I haven't seen a lot of outreach on the part of Sarah Palin for that."

When asked if she would support Palin as the nominee, Whitman said Palin hadn't yet made her case. "If she were the Republican candidate, she'd have to show me a lot more than I've seen thus far as far as an understanding of the depth and the complexity of the issues that we face."

Republicans have a problem. The most-talked-about figure in the GOP is a reality show star who cannot be elected. And yet the same leaders who fret that Sarah Palin could devastate their party in 2012 are too scared to say in public what they all complain about in private.

Sarah Palin’s Alaska is really about: self-love ... Karl Rove, one of several conservative non-lamestream media Palin critics who’ve reared their heads of late … has a point when suggesting that the American people might expect a ‘certain level of gravitas’ in someone who’s considering running for president, and that starring in your own reality show might not be the ticket

"I sat next to her once. Thought she was beautiful," the former first lady tells the CNN host. "And she's very happy in Alaska. And I hope she'll stay there."

Imagine you’re at the circus. On the ground is a poodle performing a stunt. Above the clown’s head, dangling from a thin wire, is a piano. The piano is teetering, tottering, looking as if at any moment it might slip, crash to earth, and crush the dog. Impossible not to watch, right? And that’s the Palin show, only this time with the party of Lincoln as the little dog, and Sarah Palin as the piano.

Her capacity to connect with a crowd is something most politicians can only dream of. I will always remember her 2008 convention speech as a rollicking star turn. She would be terrific as a talk-show host -- the new Oprah.

But as a presidential candidate? Someone to convince critical independent voters that Republicans can govern successfully? Absolutely not.

Excuse me, but this was ignorant even for Mrs. Palin ... The point is not "He was a great man and you are a nincompoop," though that is true.

“With all due candour, appearing on your own reality show on the Discovery Channel, I am not certain how that fits in the American calculus of 'that helps me see you in the Oval Office'" ...

“Being the vice-presidential nominee on the ticket is different from saying 'I want to be the person at the top of the ticket’. “There are high standards that the American people have for it [the presidency] and they require a certain level of gravitas, and they want to look at the candidate and say 'that candidate is doing things that gives me confidence that they are up to the most demanding job in the world’.”

Ann Coulter, columnist, April 21 (in response to the question of whether Palin should run in 2012):

"I do love her, but I think I prefer her doing what she's doing now, at which she's spectacular. She's making a lot of money and she's having a great life. She has - she's giving all this energy to the base of the Republican Party - the Conservative Movement."