The vice president believes the country will legalize gay marriage 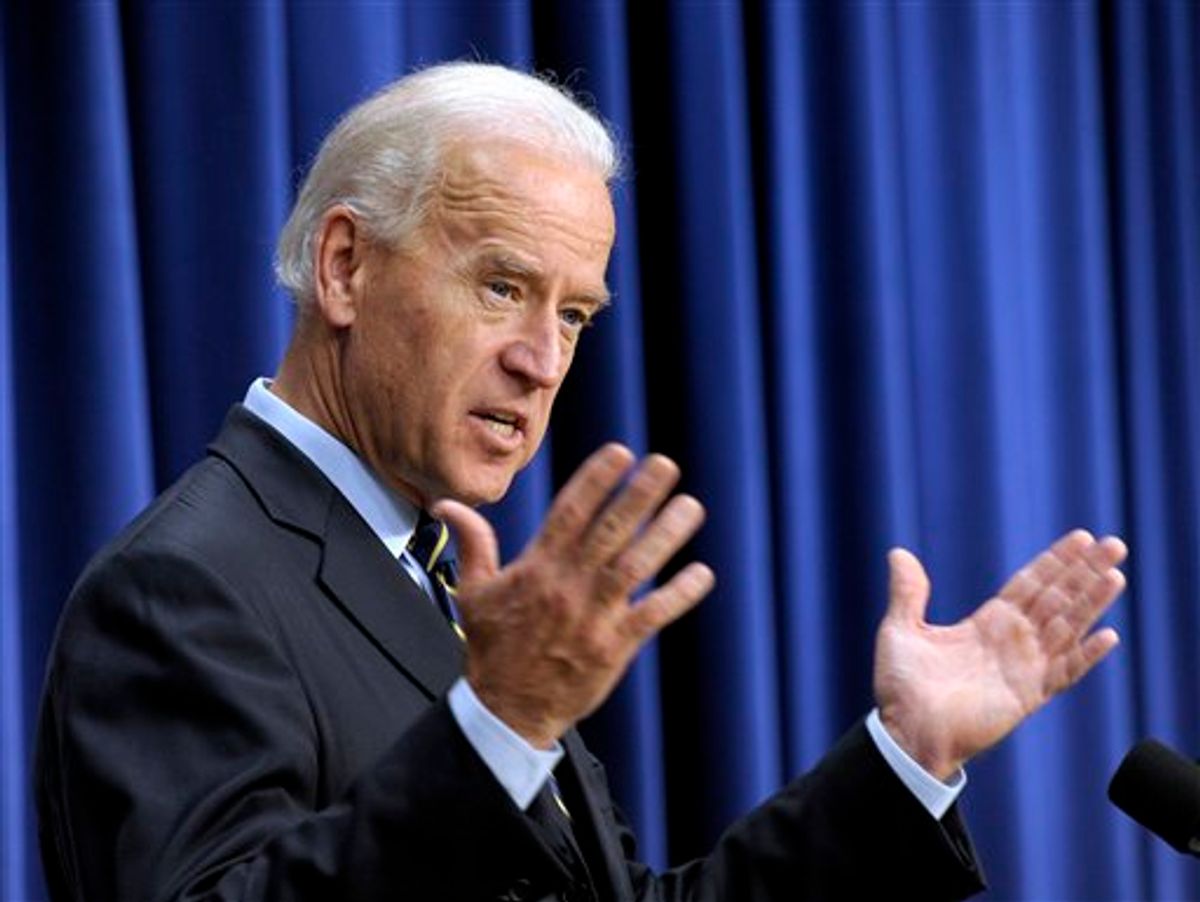 Vice President Joe Biden predicted Friday the evolution in thinking that will permit gays to soon serve openly in the military will eventually  bring about a national consensus for same-sex marriage.

Changes in attitudes by military leaders, those in the service and the public allowed the repeal by Congress of the "don't ask, don't tell" policy, Biden noted in a nationally broadcast interview on Christmas eve.

"I think the country's evolving," he said on ABC's "Good Morning America." "And I think you're going to see, you know, the next effort is probably going to be to deal with so-called DOMA [Defense of Marriage Act]. He said he agreed with Obama that his position in gay marriage is "evolving."

Gay marriage is legal in only a handful of states, mostly in the Northeast, and in Iowa. President Barack Obama recently said his feelings on the gay marriage issue were in a state of transition. But he also said he still believes in allowing strong civil unions that provide certain protections and legal rights that married couples have.

Obama said he is still wrestling with whether gay couples should have the right to marry, now that the change in the law will allow them to serve openly in combat.

Presidents in recent years have struggled with this issue. President Bill Clinton developed the "don't ask, don't tell" policy for the military, and Obama promised repeatedly in his 2008 campaign for the presidency that his administration would have a more supportive attitude toward gays. But gay rights groups also have said frequently they have been disappointed with the administration's performance on this issue.

The question about same-sex marriage came at Obama's news conference Wednesday, just hours after he signed landmark legislation repealing the ban on gays serving openly in the military. The law ends the 17-year-old "don't ask, don't tell" policy that forced gays to hide their sexual orientation or face dismissal. Before that, there was an outright ban on service by gays in the military.

But in letters to the troops after the new bill was signed into law, the four military service chiefs warned that the ban was still in place, and that implementing the policy change in full was still months away.

Recommendations to put the new policy into place were outlined in a report last month, and now these steps must be written into concrete regulations governing the military. Defense officials say that they still don't know how long it will take before the Pentagon completes its implementation plan and certifies the change will not damage combat readiness. Once certified, the implementation would begin 60 days later.

In his interview with ABC newsman George Stephanopoulos, Biden brought up the Defense of Marriage Act, a law that Congress passed in 1996 that defines marriage as between a man and a woman.

Obama has repeatedly said he would like to see the law repealed, but the Justice Department has defended its constitutionality, which the agency is required to do.

As recently as October, the department defended DOMA, appealing two rulings in Massachusetts by a judge who called the law unconstitutional for denying federal benefits to gay marriage couples.

In two separate cases, U.S. District Judge Joseph Tauro in July ruled that DOMA is unconstitutional because it interferes with a state's right to define marriage and denies gay couples an array of federal benefits to heterosexual married couples, including the ability to file joint tax returns.