Escape from the holidays

Two novels to whisk you away from the dregs of the season, to an Arctic metropolis and an African village 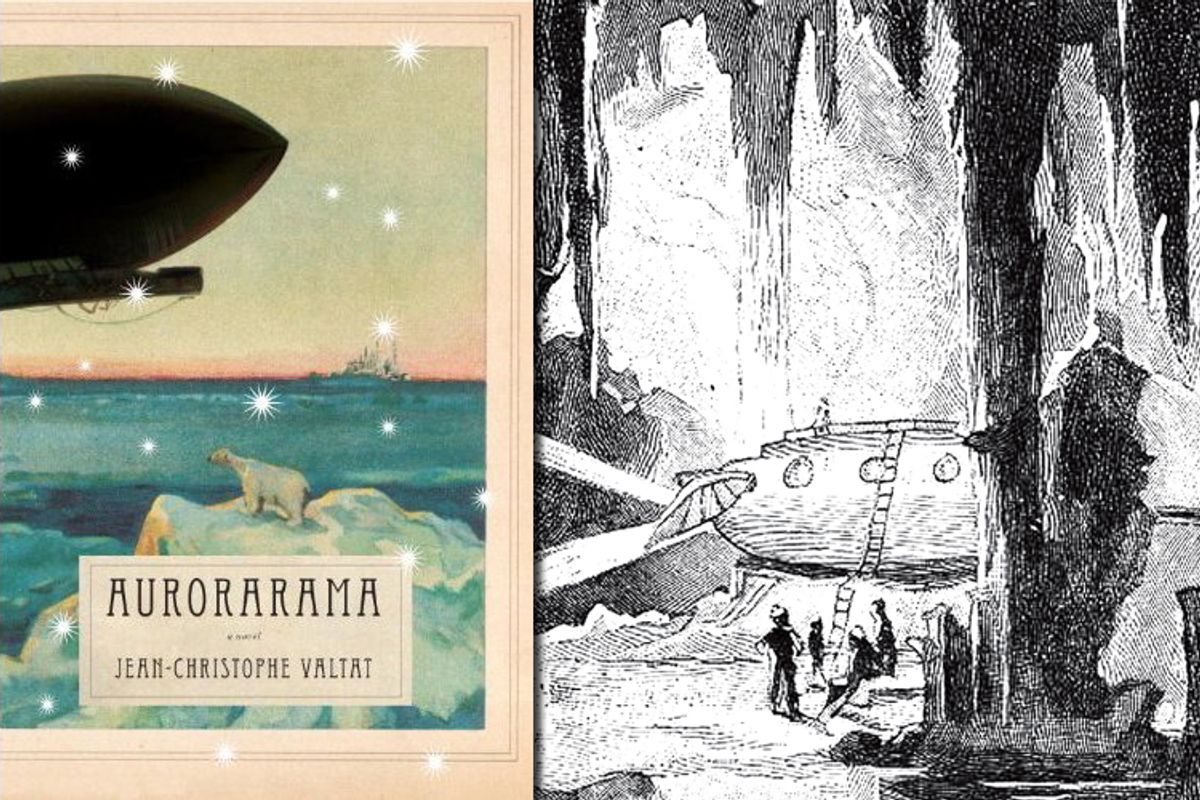 Oh yes, that old feeling: the listlessness that strikes amid the piles of crumpled wrapping paper, the slight headache, the flares of irritability when your sister does that thing. Call it an eggnog hangover (even if you never touch the stuff) and leave it at that, but instead of treating your holiday overload by lighting out for the mall and a movie, why not consider the far more immersive getaway offered by a good book? True, the publishing industry is as sleepy this week as a turkey-stuffed uncle, but that makes now the perfect moment to bring up a couple of excellent novels I didn't get the chance to praise earlier this year. One will take you someplace hot, and the other will transport you to a locale that's very, very cold, but neither is going to subject you to the zillionth replay of "Jingle Bell Rock."

Jean-Christophe Valtat's "Aurorarama" is a little like "From the Mixed-Up Files of Mrs. Basil E. Frankweiler" for adults fascinated by late-Victorian pageantry, Jules Verne and the North Pole. Instead of living vicariously in the Metropolitan Museum of Art, readers of this alternate-history adventure yarn get to explore the imaginary city-state of New Venice, which is sort of a late-19th-century world's fair transported to the Arctic and encased in something called "Air Architecture" to protect it from the cold. Full of grand, allegorically decorated "halls," oddly themed districts and rakish nightspots, traveled via canals and fed by a gigantic greenhouse, New Venice is a beaux-arts bauble in an enormous snow globe.

The novel's two heroes are Brentford Orsini, who runs the greenhouse but who is also, secretly, the author of a forbidden radical tract, and Gabriel d'Allier, a half-hearted professor and wholehearted recreational drug user and lecher. Gabriel spends most of his time in louche clubs (there are some hilarious parodies of the elaborately obscure classifications hipsters apply to indie rock bands: "amplified Elizabethan cult" music, anyone?), chasing girls, sucking up psychoactive substances with names like "Pineapples and Plums" and trying to avoid the Gentlemen of the Night (aka the New Venetian police), who suspect him of radical sympathies. Brentford -- when not trying to rescue his fiancée from a stage magician whose ventriloquist's dummy may actually be alive -- battles the intrigues of the Council of Seven, elderly officials who are trying to foment a race war with the indigenous Inuit people in order to take over the city. Also, there is a large black dirigible airship of unknown provenance hovering ominously on the outskirts of town.

The efforts of both men to preserve the mirage-like New Venice as a sort of bohemian utopia require visits to the Dunne Institute for Dream Incubation, appeals to a semi-mythical mascot known as the Polar Kangaroo, and jaunts through such venues as the Circus of Carnal Knowledge -- which should give you a sense of how the novel glides on silver skates from the surreal to the absurd to the languorously decadent. Valtat (who, though French, wrote "Aurorarama" in English), has laced the book with literary references and lofty political ruminations, but these can be taken or left as the reader's taste dictates.

True, the novel is not without flaws: At times, the evident and unfortunate influence of Thomas Pynchon's recent fiction can be hard to ignore. The female characters are uniformly empty, and every scene involving them is infested with the excruciating sexual banter that so often made "Against the Day" resemble a bad bedroom farce performed by dimestore marionettes. Still, New Venice is irresistible; Valtat apparently feels this, too, as he's said to be working on a sequel.

If you'd prefer something warmer and more down-to-earth, there's Karen Lord's "Redemption in Indigo." Set in an unnamed African country, it relates the adventures of Paama, a gifted cook hiding out in her parents' village from her gluttonous ass of a husband. Around the same time he comes looking for her, two of the djombi, or "undying ones," decide that level-headed Paama is the ideal person to wield the Chaos Stick, a powerful talisman they've confiscated from a misbehaving immortal. The original owner, an arrogant character with indigo skin and a low opinion of the human race, wants his stick back, and so Paama's village is beset by insect spies, masquerading godlings and one very foolish, very hungry discarded spouse.

Described by its publisher as "inspired in part by a Senegalese" folk tale, "Redemption in Indigo" begins with series of classic comic incidents involving Paama's husband, but then things get metaphysical. There is, of course, a spidery trickster spirit (he takes a job as the indigo djombi's major-domo), and Paama enlists the aid of the residents of the House of Sisters, ladies who are equipped with all kinds of supernatural surveillance equipment. Lord's narrative voice is deceptively simple and unassuming, and as the novel elides into a globe-trotting contest between Paama and the indigo djombi over who gets to keep the Chaos Stick, its fablelike cadences adapt beautifully to questions of chance, fate and free will. A straighter, sharper blade than the giddy rococo instrument that is "Aurorarama," "Redemption in Indigo" cuts more cleanly to the heart of things but isn't any less fun for that. And in either case, you are guaranteed a Christmas-carol-free excursion.

Books Fiction Our Picks Science Fiction And Fantasy What To Read