I was laid off two years ago, and I hate not having money. But being freed from consumer frenzy is a strange gift 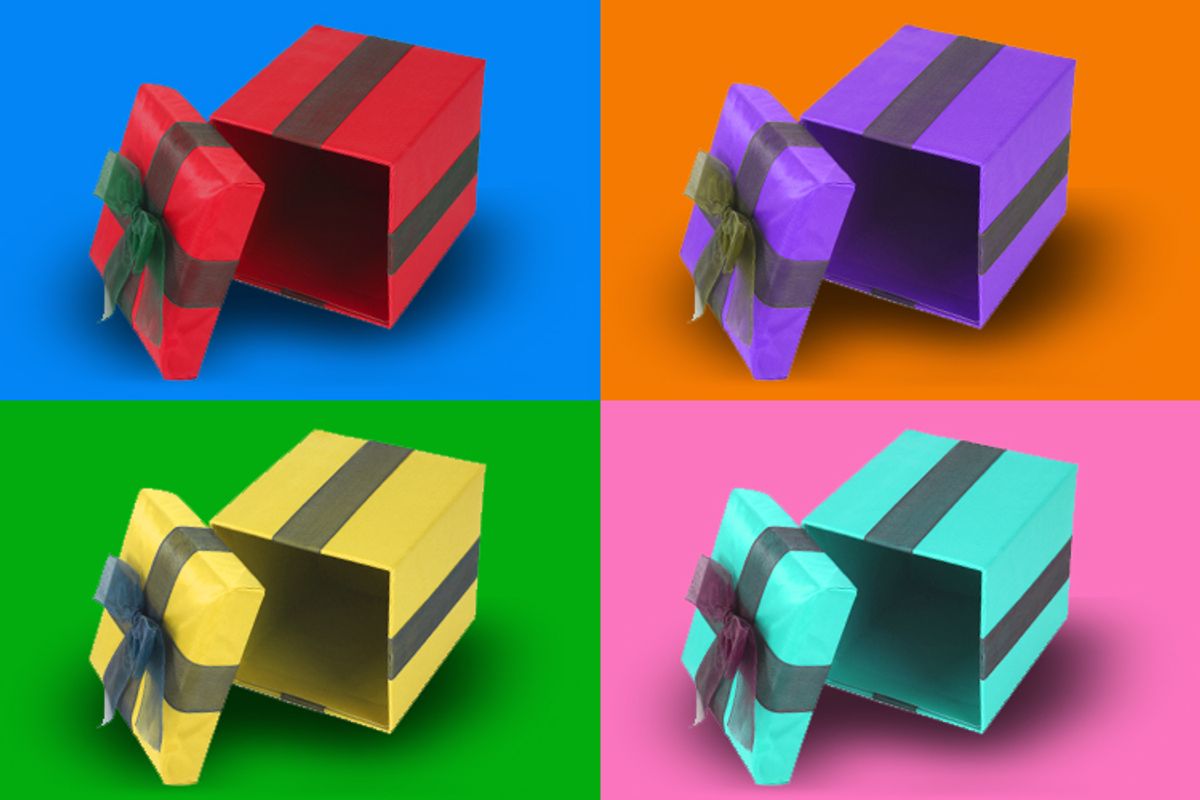 I was downsized from my job in October 2008 along with a few dozen others at the company. At the time I was let go, I had $35,000 in carefully accrued savings and an IRA with a little more than $8,000 in it.

It's gone now, all of it. Two years of food, rent, lights, phone, food, rent, lights phone -- and before you know it, you're taking a can of coins to the supermarket and dumping them into Coinstar, that green, sticky refrigerator-sized machine that spits out a receipt you take to the checkout counter and pay for groceries with. You can get cash, too.

I had, naturally, cut back on all nonessential spending since the layoff. Like a lot of people in the country, I watched in disbelief as the economy fell off a cliff, banged into the side of the mountain, rolled a few times, then burst into flames at the bottom. The earth split open and what was left continued falling to hell, where, as far as I know, it's still smoldering. When I was laid off, Bernie Madoff was a respected investor living on the Upper East Side. That's how long ago it was. Nobody knew the storm that was coming.

Today, I live day to day, hour to hour and sometimes minute to minute. I work, seven days a week, at the small freelance jobs I'm happy to take, work that makes it possible to survive another day – and which pays as much as 50 percent less than what I made doing the exact same work five years ago. My life now almost completely revolves around making money, far more than it did when I actually had that nest egg. Sometimes I'm OK with that, and sometimes I really miss it. $35,000 seems like a fortune now. It's getting harder to remember what it was like to make split-second decisions, like going out to dinner or a movie, going away for the weekend. I can't even imagine buying a new office chair, far less going to the dentist or the doctor. Did I once actually sign up for boxing lessons? There were so many little things I just took care of and didn't think about.

Nothing needed to be juggled. No monthly bill needed to be rolled over to the next month so another could be settled. No late fees. No reconnection fees. No bounced check fees. No payment plans arranged. No automated phone calls two and three times a day warning me about service interruptions. Not having money costs money.

And now, here comes Christmas, a time when the world turns into one big carrot dangling in front of your face. On one hand, it's like another bill I can't pay. But if I don't let the sadness and the defeat get to me, I feel a strange detachment from all this consumer frenzy. I feel an odd peace. Perhaps it's the peace of Christ. Perhaps it's the peace of denial. But I think it's something more than that. Here are few reasons why being short on cash at Christmas is a weird gift in itself:

You don't have to fight store mobs.

The crush of people inside Macy's, the snaking lines at the mall? Not even on my radar. The only store I go to is the grocery store, and I haven't bought any clothes in two years, save for some new T-shirts. Mobs freak me out, anyway. If you want real peace on earth, avoid all shopping in December.

Being cash-strapped forces you to be inventive.

I recently attended a reception for a friend who was married last summer and noticed she didn't have an official photographer. I had brought my camera just in case and, after dinner when people were dancing, I quietly walked around snapping assorted drunken relatives, 95-year-olds and smiling guests at their tables. I had the photos made into an album for less than $10 and sent it to the bride with a congratulatory card. She called and said it was the nicest gift she'd ever gotten in her life.

A full fridge, after cashing a paycheck, is Christmas any time of the year.

Bread. Coffee. Peanut butter. Fresh greens and fruits. Yams. Going to sleep knowing that your fridge is full when you've cashed your check and gone straight to the supermarket feels like Christmas even when it's not Christmas. Grapes never tasted so sweet and bagels never so chewy.

You come to appreciate the little things, like an electric Jesus.

There are blizzards of bulbs, tinsel, lights, electric Santas and Jesuses hanging from people's trees, doorways, bushes, porches and desks. You could say that it's childish and a waste of time. But there's another energy about it, an energy that says, "We all agree, for the moment, to forget the troubles of this world, to raise a glass and dammit, be merry." If we can't come to a consensus on religion, or politics, at least we can come to a consensus on fun.

Hey, it's better for the environment.

Christmas is one of the most un-green holidays; approximately 4 million tons of wrapping paper, tags, ribbons, boxes and other gift paraphernalia are tossed on Dec. 25 and the day after, according to one report, and that doesn't include all the lousy presents people toss. I don't say this to be scolding, because who doesn't like tearing into a wrapped gifts? But one of the tough lessons of being broke is just how wasteful we can be, without ever really thinking about it.

Money doesn't buy happiness -- and being without it doesn't have to produce misery.

I hope to get a steady, good-paying gig soon, thank you very much. But I'm happier in ways now than when I was working full-time in that kinda smelly office with the fluorescent lights and sadistic, insane supervisor. Everything isn't so *important* now. What I feared the most has come to pass – I've been fired, failed to get another full-time job, my money's gone, and it's Christmas. It ain't like I've been cut from the reindeer team because of a red nose.

The best stuff really is still the free stuff.

iPods and Kindles are nice. But they're nothing compared to the sun, the wind, the smile on a kid's face when you look at him sideways, the pleasure of playing the guitar I've played every day since I was 14, the warm body of my warm wife. Sure, having no money at Christmas can feel like a curse. Having no presents under the tree can be depressing. But each day can feel like a gift from existence if you look at it that way.