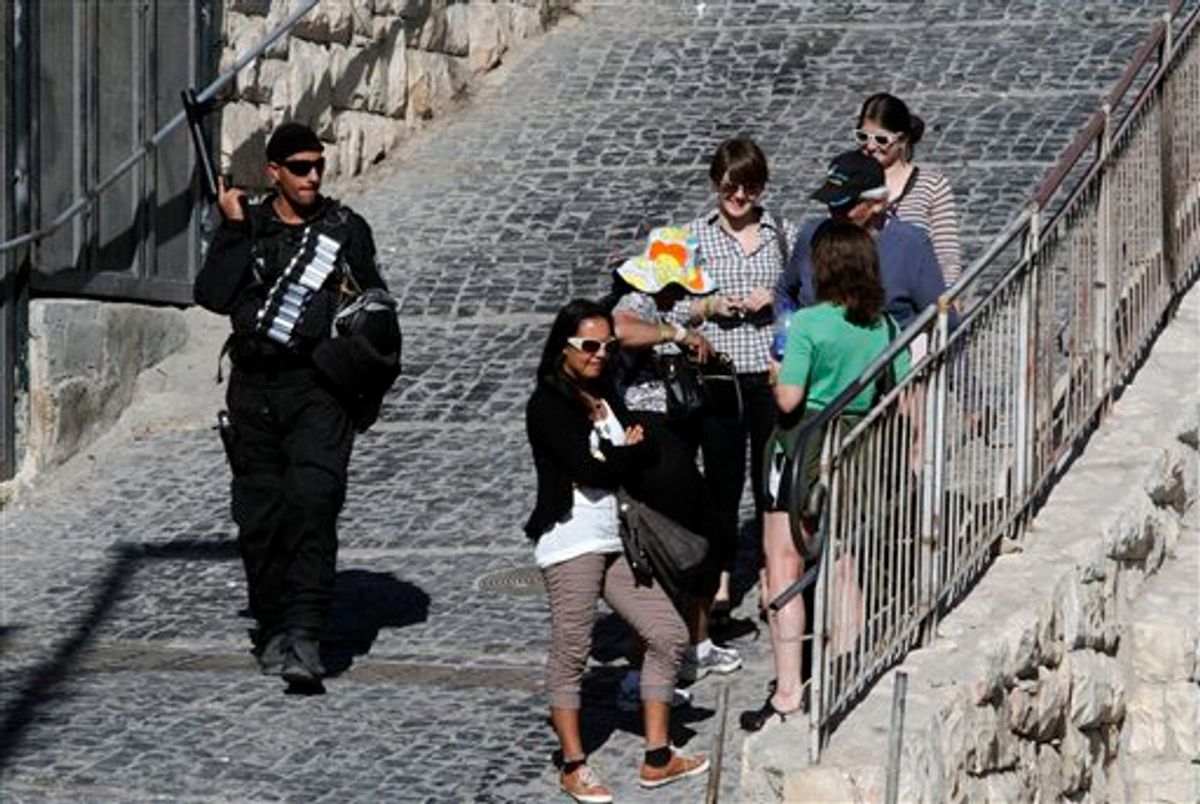 An Israeli riot policeman walks next to a group of tourists in the east Jerusalem neighborhood of Silwan, Sunday, Dec. 26, 2010. (AP Photo/Dimitri Messinis) (AP)
--

Israel says it won't participate in the 10th anniversary commemoration of a U.N. conference on racism that singled out Israel for criticism and likened Zionism to racism.

Israeli Foreign Ministry spokesman Yigal Palmor said the conference had "anti-Semitic undertones and displays of hatred for Israel and the Jewish world."

The U.S. and Israel walked out of the 2001 World Conference Against Racism in the South African city of Durban over a draft resolution that criticized Israel and Zionism.

The U.N. General Assembly voted Friday to commemorate the event's 10th anniversary during its annual ministerial meeting on Sept. 21.

Many African and Muslim countries have sought a commemoration, saying racism and religious intolerance remain prevalent.