A CNN anchor quizzes Lanny Davis on the human rights violations of his newest client, a leader in Ivory Coast 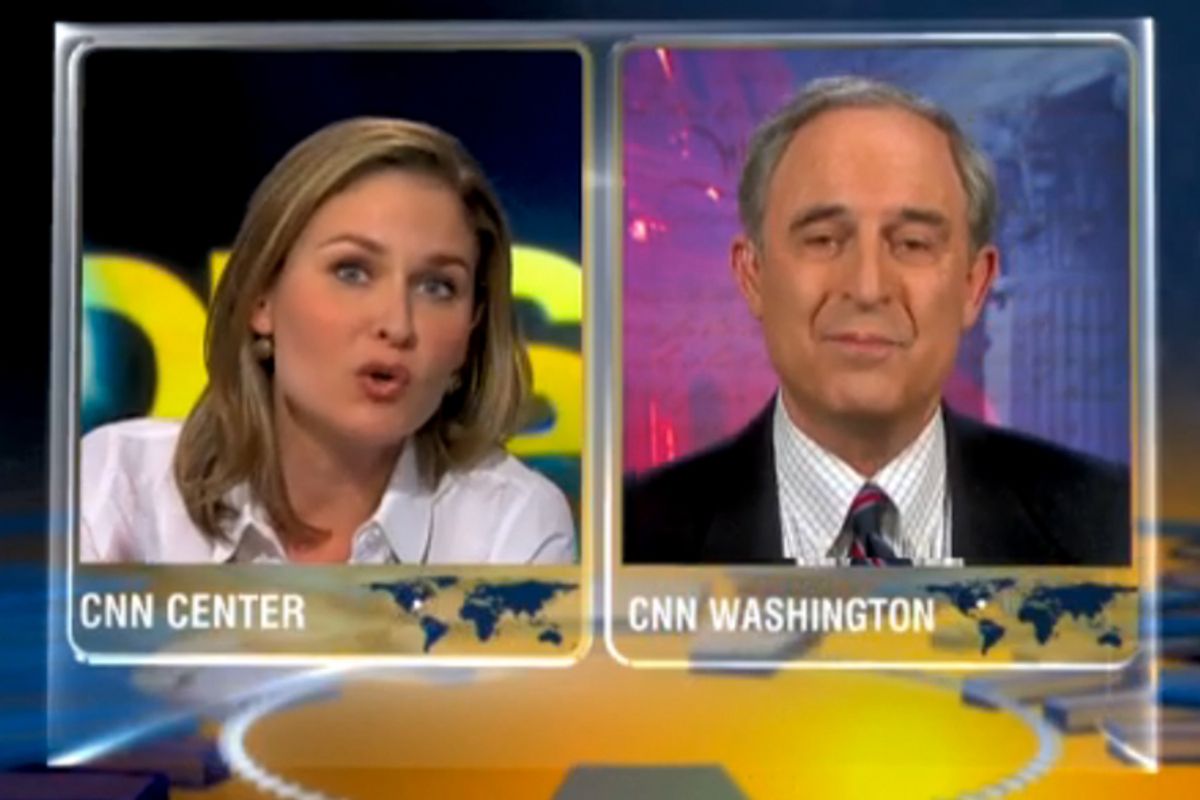 Even as international outcry continues to increase against Gbagbo, who lost a presidential election last month but is clinging onto power and violently suppressing the opposition, Davis was on CNN a few days ago to make his case. (Part of Davis' act is to continuously claim that he has no position on who won the election -- even though the international community recognizes Gbagbo's opponent as the winner, and even though the foreign agent registration documents filed by Davis explicitly say he was hired to argue Gbagbo's case.)

The most interesting part of the combative interview comes at about 4 minutes in when anchor Hala Gorani cites Salon's interview with Davis, in which he claimed that he would drop the Gbagbo account if there was evidence of human rights violations by the regime. Gorani then cited a United Nations finding that there have in fact been many human rights violations by forces loyal to Gbagbo.

In response, Davis stumblingly says he wants to know who wrote the UN report while also saying that he has read the report. He adds that the UN is sometimes unreliable on Israel.