The R&B singer who immersed herself in black culture, and battled a Vicodin addiction, passes away at 54 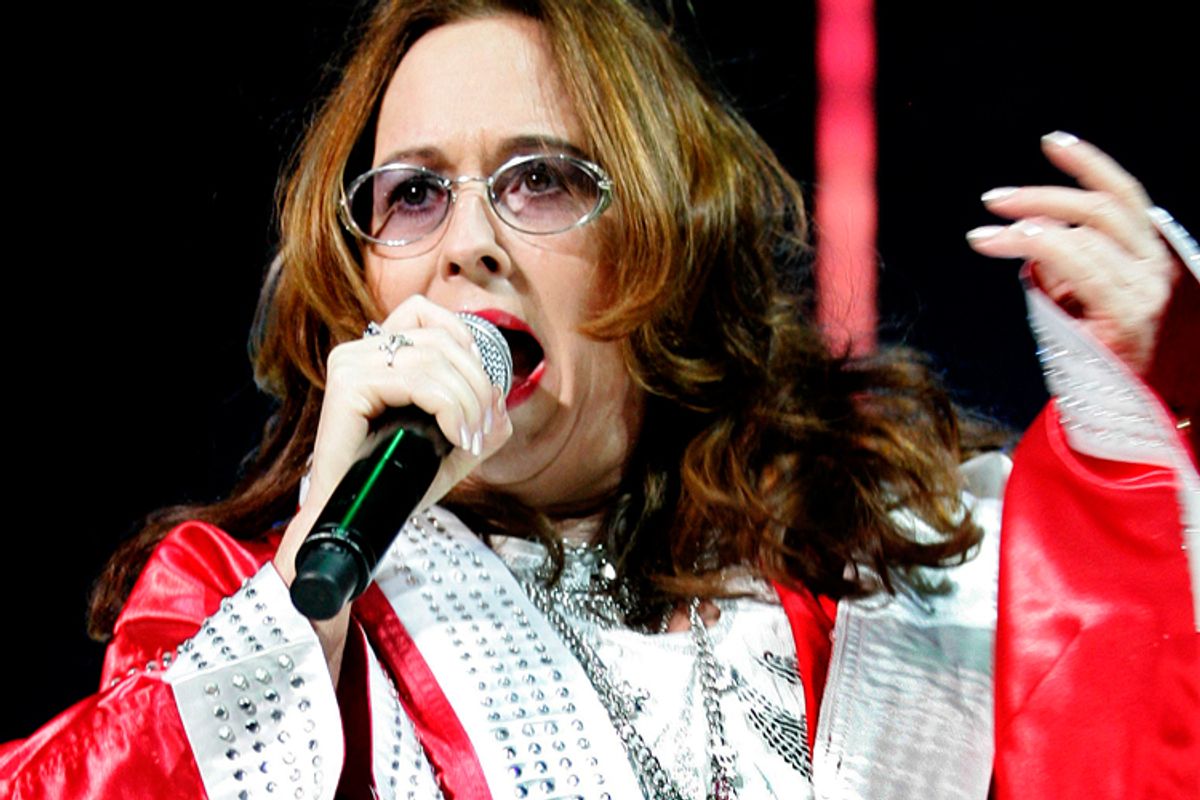 No matter that Marie, 54, was white. The R&B legend revered and fully immersed herself in black culture -- and in turn was respected and adored by black audiences, not only for her immense soulful talents, but for her inner soul as well.

"Overall my race hasn't been a problem. I'm a Black artist with White skin. At the end of the day you have to sing what's in your own soul," she told Essence.com in an interview last year while promoting "Congo Square." That album would turn out to be her last.

The self-proclaimed "Ivory Queen of Soul," whose many classic hits included "Lovergirl," Square Biz" and the scorching duet "Fire and Desire" with mentor Rick James, was found dead in her Pasadena home on Sunday at the age of 54. Authorities said her death appeared to be of natural causes.

In an interview with The Associated Press last year, Teena Marie said she had successfully battled an addiction to prescription drugs; she had been performing over the last year.

"The enduring influence of Teena's inspirational, trailblazing career, could only have been made possible through her brilliant song-writing, showmanship and high energy passion which laid the ground work for the future generations of R&B, hip-hop, and soul," said Concord Music Group chief label officer, Gene Rumsey; Concord's Stax Records released her last album.

"We feel extremely fortunate to have worked with a visionary who changed music in indelible ways. Our deepest sympathies go out to her family, friends and of course, millions of fans around the world."

Marie certainly wasn't the first white act to sing soul music, but she was arguably among the most gifted and respected, and was thoroughly embraced by black audiences, and beyond.

Even before she started her musical career, she had a strong bond with the black community, which she credited to her godmother. She gravitated to soul music and in her youth decided to make it her career.

Marie made her debut on the legendary Motown label back in 1979, becoming one of the very few white acts to break the race barrier of the groundbreaking black-owned record label that had been a haven for black artists like Stevie Wonder, the Jackson Five, the Supremes and Marvin Gaye.

The cover of her debut album, "Wild and Peaceful," did not feature her image, with Motown apparently fearing black audiences might not buy it if they found out the songstress with the dynamic, gospel-inflected voice was white.

"(Motown founder Berry) Gordy) said that is was so soulful that he wanted to give the music an opportunity to stand on its own merit. Instead of my face, they put a seascape, so by the time my second album came out people were like, Lady T is White?" she told Essence.com.

Marie was the protege of the masterful funk wizard James, with whom she would have long, turbulent but musically magical relationship.

Marie notched her first hit, "I'm A Sucker for Your Love," with the help of James on that album. But the time her second album was released, her face was known -- and on the cover of the record. But there was not a backlash -- she would only get more popular on her way to becoming one of R&B's most revered queens. During her tenure with Motown, the singer-songwriter and musician produced passionate love songs and funk jam songs like "Need Your Lovin'," "Behind the Groove."

Marie's voice was the main draw of her music: Pitch-perfect, piercing in its clarity and wrought with emotion, whether it was drawing from the highs of romance or the mournful moments of a love lost. But her songs, most of which she had a hand in writing, were the other major component of her success.

Tunes like "Cassanova Brown" "Portuguese Love" and "Deja Vu (I've Been Here Before)" featured more than typical platitudes on love and life, but complex thoughts with rich lyricism. "Deja vu" was a song about reincarnation.

And "Fire and Desire," a duet with James about a former couple musing about their past love, was considered a musical masterpiece and a staple of the romance block on radio stations across the country.

Marie left Motown in 1982 and her split became historic: She sued the label and the legal battle led to a law preventing record labels from holding an artist without releasing any of their music.

She went to Epic in the 1980s and had hits like "Lovergirl" and "Ooo La La La" but her lasting musical legacy would be her Motown years.

Still, she continued to record music and perform. In 2004 and 2006 she put out two well-received albums on the traditional rap label Cash Money Records, "La Dona" and "Sapphire."

James, who had a romantic relationship with Marie but also a long friendship, died in 2004. His death shook her so she said she became addicted to Vicodin, which she had been taking for pain, for about a year.

But Marie said she successfully battled that addiction.In 2008, she talked about her excitement of being honored by the R&B Foundation.

Marie was the mother of a teenage daughter who was budding singer; she would sometimes bring her daughter onstage to sing during her shows.

In 2009, she celebrated 30 years in the recording industry, and planned for many more.

"All in all, it's been a wonderful, wonderful ride," she told The Associated Press in 2008. "I don't plan on stopping anytime soon."