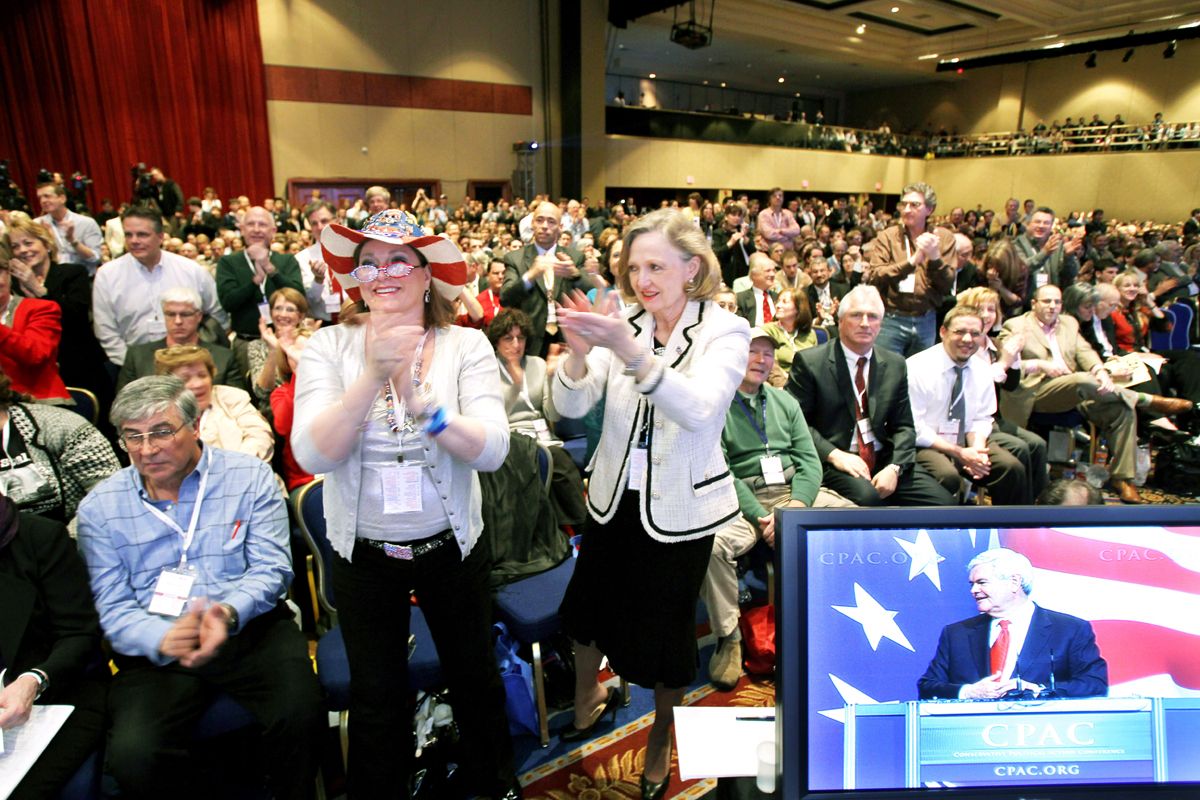 Even as the repeal of "don't ask, don't tell" this month marked a major victory in the gay rights struggle in the United States, a very different story is unfolding within the conservative movement, where anti-gay forces are growing more aggressive.

The latest flashpoint is a fight over the annual Conservative Political Action Conference, which regularly draws thousands of activists -- and would-be presidential candidates -- to Washington each February. At issue is the presence of the gay Republican group GOProud, which was (along with many other groups) a co-sponsor of last year's CPAC and will play a similar role this year.

In response to GOProud's role, the American Principles Project announced last month that it was opting out of CPAC, asserting that the gay group's "purposes are fundamentally incompatible with a movement that has long embraced the ideals of family and faith in a thriving civil society."

Several other groups have now joined the American Principles Project, and the conservative news website WorldNetDaily has been pumping up the boycott story every chance it gets. (WND's editor, Joseph Farah, clashed with Ann Coulter earlier this year over her participation in a different conference sponsored by GOProud.) On Monday, WND reported the latest developments in the growing boycott:

Two of the nation's premier moral issues organizations, the Family Research Council and Concerned Women for America, are refusing to attend the Conservative Political Action Conference in February because a homosexual activist group, GOProud, has been invited.

"We've been very involved in CPAC for over a decade and have managed a couple of popular sessions. However, we will no longer be involved with CPAC because of the organization's financial mismanagement and movement away from conservative principles," said Tom McClusky, senior vice president for FRC Action

In an interview with Salon, GOProud Executive Director Jimmy LaSalvia declined to respond directly to the groups boycotting the conference, saying only that "CPAC is an important event and I hope that all conservatives will join in participating. We're very proud of our record, and we'll put our conservative credentials up against anyone."

GOProud's role also caused a bit of a stir at the 2010 conference in February, when an anti-gay activist named Ryan Sorba got up during a CPAC youth panel and denounced the conference organizers for allowing GOProud to attend:

Despite that incident, LaSalvia says that at the 2010 conference "we had an overwhelming amount of support. One person after another came up to our booth and thanked us for being there." Next year, with many anti-gay conservatives boycotting the conference, one would expect perhaps an even friendlier reception.