Obama's party was brutalized at the polls last month, but the media's reaction has mostly been ... rational? 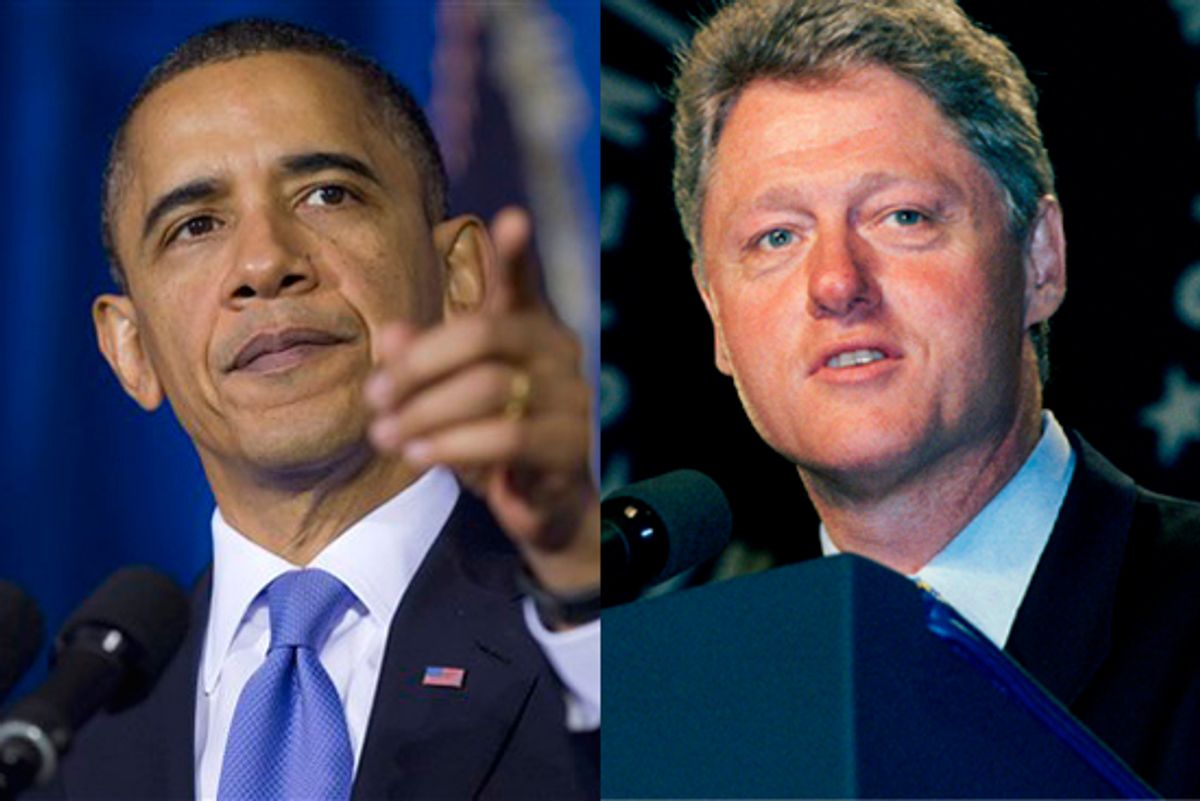 We give Michael Barone, who was once the gold standard for intelligent political analysis,  plenty of grief around here for rebranding himself as a predictable, paint-by-numbers conservative ideologue, but sometimes he gets it just right -- like in his newest column, in which he makes a smart, sober case for why Barack Obama is fairly well-positioned to win a second term in 2012:

Several factors will likely work less strongly against Obama in 2012 than against the Obama Democrats in 2010. Turnout will be different, for one thing. We may see again the record turnout of blacks we saw in 2008. Young people who pretty much shunned the polls in the midterms may turn out and vote — though the 34-point margin they gave to Obama was halved to 17 points for congressional Democrats in 2010.

The balance of enthusiasm favored Republicans and conservatives in 2010, as it had favored Democrats in 2006 and 2008. It could conceivably shift and favor the Democrats once again.

Another factor is that polls show that most Americans have favorable personal feelings toward the president. Bill Clinton and George W. Bush both happened to have personal characteristics that people on the other side of the cultural divide absolutely loathed. Obama doesn’t.

His reliance on his teleprompter, his secret smoking, his irritability when not adored — these are pretty minor failings. People like his family and his obvious devotion to them. They don’t mind that he likes to get away and play golf or shoot hoops from time to time.

There's not much to disagree with in Barone's analysis, and the whole piece is worth a read. It's also worth noting that his assessment of Obama's '12 prospects is pretty quickly becoming conventional wisdom, something that in itself is sort of extraordinary, given that Obama's party just suffered the worst midterm drubbing in 64 years, losing 63 seats in the House, six in the Senate, and a boatload of governorships and state legislative chambers. You'd think that the political world would have spent the last two months on Obama death watch, but that really hasn't been the case at all.

Sure, there's been some hysterically over-the-top commentary -- Pat Caddell and Doug Schoen's demand that Obama forswear a reelection bid tops the list -- and plenty of conservative pundits and politicians have done their best to portray November's result as a definitive rejection of the president. But on the whole, the political class -- media members and politicians alike -- has exhibited the same measured response as Barone. The magnitude of the Democrats' November losses was huge, but most commentators seem -- quite rightly -- skeptical that the midterms signaled some kind of permanent shift.

This is far different from the mood that prevailed following the 1994 midterms, which played out an awful lot like this year's, with Democrats losing 52 seats in the House and eight in the Senate. At the time, Bill Clinton's approval rating was about where Obama's is now, but the reaction of the political world was hysterical. Conservatives, led by incoming House Speaker Newt Gingrich, boasted of their permanent victory over liberalism; the country, George Will decreed, had voted to give Ronald Reagan a third term. Shell-shocked Democrats abandoned their president and talked of replacing him as their standard-bearer in 1996. The press gave Clinton up for dead. Contrast the tone of Barone's piece this week with a Washington Post Outlook piece written by Juan Williams on New Years Day 1995 (designed as if he were looking back on 1995):

Just a year ago -- on Jan. 1, 1995 -- it would have been unthinkable that Bill Clinton would decline to seek reelection. But that was before Democrats on Capitol Hill discovered that it was easier to do business with Republicans if they didn't have to spend time defending Clinton. And if you consider the doggedness of Whitewater investigators and their increasing attention to his wife's activities, Clinton's decision to withdraw makes sense. With pitifully low public approval ratings, the president seemed almost eager to get out of town before some budget-cutter started questioning his pension benefits.

The trio jousting for the Democratic nomination -- Jesse Jackson, Bob Kerrey and Dick Gephardt -- now must wait to see if Vice President Al Gore will enter the race. Gephardt may be the early favorite but Gore has a strong Southern base that would make the nomination his to lose if he decides to run.

I don't mean to single out Williams, since just about every pundit was issuing a similar forecast back then -- and just about all of them ended up being spectacularly wrong. What's encouraging is that the political world of 2010 -- which includes many people who lived through and remember '94 and its aftermath well -- has apparently learned from this experience. The rejection of Clinton seemed massive in 1994, but it proved temporary. By 1996, he'd won back just about everyone who'd been with him in 1992, with a little extra on top. And there's really no reason Obama can't do the same in the next two years.

This knowledge liberated the White House and congressional Democrats to pursue an aggressive lame duck agenda after the election, something that Clinton and his congressional allies never contemplated 16 years ago. It has also chastened John Boehner, who -- in sharp contrast to Gingrich -- has taken pains to present himself (publicly, at least) as a humble leader whose party could easily be voted out of power in 2012. And it has prompted most respected political analysts to dismiss the same kind of speculation about primary challenges to the president that the respected analysts of '94 reveled in. For once, we've all learned from history.