As an old symbol of welcome and prosperity, why not the pineapple to ring in the new year? 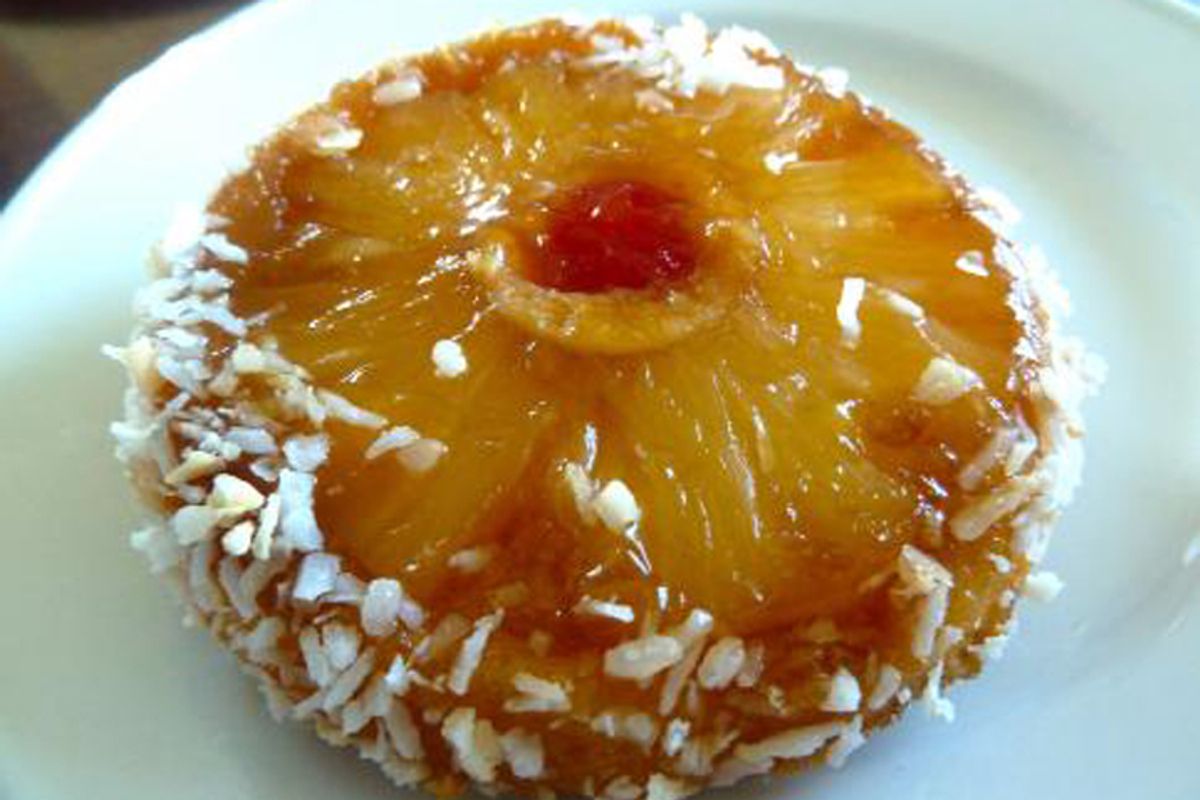 Alfred, Lord Tennyson advised us to "ring out the old, ring in the new" on New Year's Day. One of our friends, a wannabe rebel, would agree. He likes to say that traditions are made to be broken. I am not sure about that -- I like their comforting reassurances -- but I would agree that traditions are made to be adapted. When I grew up in the New York area, our family's New Year's Eve tradition was to enjoy a great home-cooked meal and then to watch Dick Clark's New Year's Rockin' Eve, culminating in watching the apple drop in Times Square. It was a treat, and in my younger years, a feat, to be able to stay up until midnight for the countdown. Years later and on the other side of the country, this tradition was made physically impossible by virtue of being in the wrong time zone. While most television programming is scheduled for the same adjusted time slot, you can't reschedule a live event. So watching the ball drop lost its luster, since it felt wrong to welcome a new year at 9 p.m.

Then I had my own kids. Time for the tradition to be revived and adapted. Now my family spends New Year's Eve with our friend, the tradition-breaker, and his family. As before, we have a meal together at home and then watch Dick Clark's show, now hosted by Ryan Seacrest. We watch the live broadcast from Times Square, smug in knowing that unlike the Times Square revelers, we're not freezing outside, and count down to the New Year at 9 p.m. Our new tradition is tame, I know, but it's exactly right for families with young kids. It's hard not to feel sentimental watching your kids share in the unbelievable magic of suddenly being "one year older."

Like New Year's traditions, classic recipes are often adapted as they get passed down from generation to generation. The pineapple upside-down cake is one of those classic, all-American desserts that seems to have been around forever. It was actually created in Hawaii sometime in the 1920s, around the time that the Dole pineapple company developed methods to produce more pineapple and also to can their newly abundant harvest. The pineapple, a formerly exotic fruit that was available only to those with resources and perhaps connections, now became a populist fruit, available to all. Making a pineapple upside-down cake is more than baking, it's alchemy: A simple butter cake topped with glistening, caramelized pineapple slices becomes a special-occasion dessert.

This cake is perfect for welcoming in a New Year, and for more reasons than its deliciousness. On its own, the pineapple is considered a symbol of welcome in a wide variety of cultures, including in colonial America, where carved images of pineapples graced everything from doors to furniture in a display of hospitality. Far away in Southeast Asia, pineapple tarts are a traditional Chinese New Year's treat in Singapore and Malaysia. Turns out that the word for pineapple in Hokkien, a Chinese dialect, is a homophone for a phrase meaning wealth and prosperity.

Tampering only a little bit with tradition, I've adapted the original Dole pineapple upside-down cake recipe into easy-to-serve, individual cakes. By baking them as individual cakes, the ratio of pineapple to cake is turned upside-down. These cakes are simple, but will pop your cork with the intensely juicy sweetness of the caramelized fruit in each bite. Excellent with champagne. With these, I am welcoming in 2011 with wishes for sweetness and prosperity.