"Empire Strikes Back" headed to Library of Congress

"Star Wars" sequel is one of 25 films tapped for preservation, including "The Exorcist" and "Saturday Night Fever" 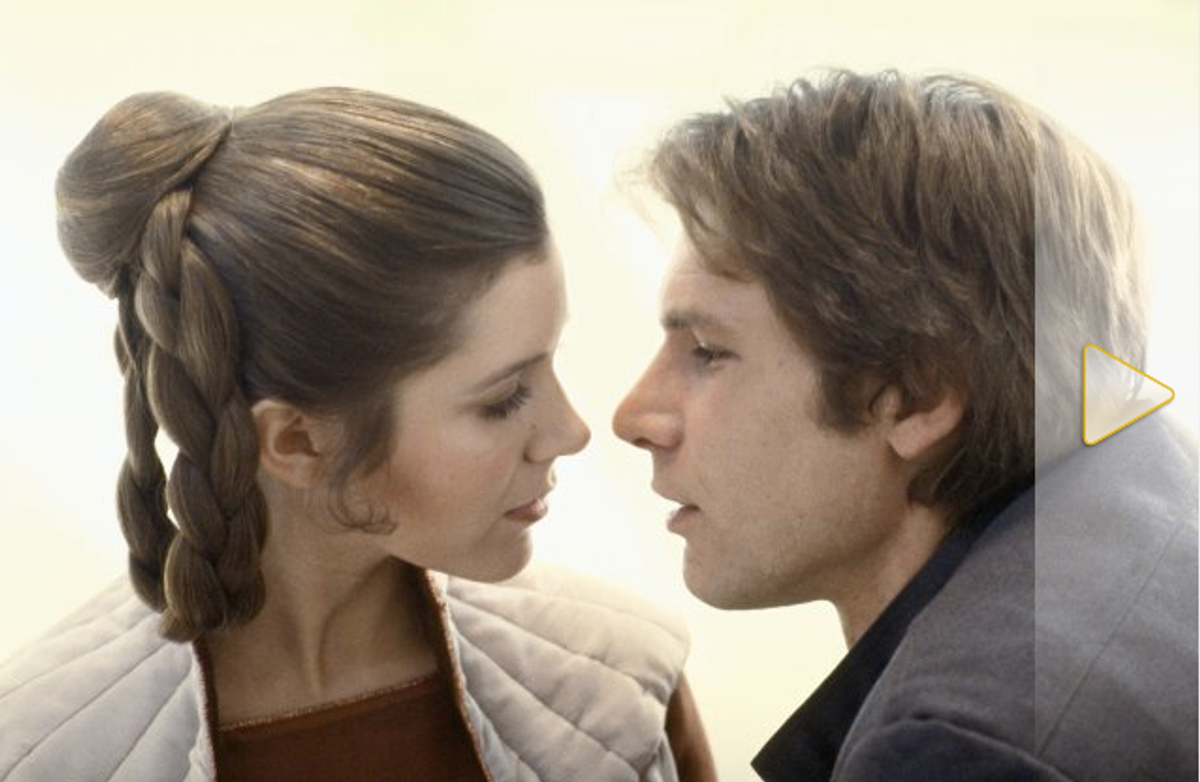 In this 1977 file photo originally released by Paramount Pictures, John Travolta and Karen Lynn Gorney, left, are shown in a scene from, "Saturday Night Fever." The Library of Congress announced early Tuesday Dec. 28, 2010 that the film will be preserved by the Library of Congress as part of its National Film Registry. (AP Photo/Paramount Pictures)
--

Darth Vader proclaiming he's Luke Skywalker's father, John Travolta preening in his underwear and an early 20th-century deaf activist communicating in sign language are among the images that will be preserved by the Library of Congress as part of its National Film Registry.

The 25 films selected this year include "The Empire Strikes Back," the 1980 sequel to "Star Wars" that many critics and fans consider the best of George Lucas' six "Star Wars" films. "Empire" shocked moviegoers with the revelation that masked villain Darth Vader was the father of hero Skywalker.

While Lucas didn't direct "Empire" -- he entrusted it to the late Irvin Kershner -- he got another film selected for the registry: the student short "Electronic Labyrinth: THX 1138 4EB." Lucas' "Star Wars" and "American Graffiti" are also among the 550 titles in the registry.

The Library of Congress announced the selections early Tuesday. The goal of the registry, which began in 1989, isn't to identify the best movies ever made, but to preserve films with artistic, cultural or historical significance.

Librarian of Congress James H. Billington has chosen each of the films in the registry, culling them from suggestions by the National Film Preservation Board and the public. More than 2,100 films were nominated by the public in 2010.

Original copies of films picked for the registry are kept safe and available for viewing by future generations. The library acquires copies to preserve in its cold-storage vaults among millions of other recordings at the Packard Campus of the National Audio-Visual Conservation Center near Culpeper, Va.

Film can rapidly deteriorate if improperly stored. About half the films produced before 1950 and 90 percent of those made before 1920 have been lost, Billington said.

It's one of five selections from the 1970s. The others are Robert Altman's revisionist Western "McCabe & Mrs. Miller;" William Friedkin's horror classic "The Exorcist;" "All the President's Men," Alan J. Pakula's adaptation of the book by Bob Woodward and Carl Bernstein, and "Grey Gardens," a documentary about Jacqueline Kennedy Onassis' eccentric relatives.

The selections date back to 1891, with one of the first motion pictures ever made: "Newark Athlete," a short film of a teenager swinging Indian clubs, an exercise aid. The film was made at the Edison Laboratory in West Orange, N.J., by two pioneers of motion-picture camera technology.

Another obscure title is 1913's "Preservation of the Sign Language," a two-minute film of George Veditz, one-time president of the National Association of the Deaf of the United States. Veditz was one of the first to make motion picture recordings of American Sign Language, and in the film, he argues forcefully for the right of deaf people to sign instead of speak.

"That was a great revelation," Billington said.

As in the past, the selections show the Library of Congress has a sense of humor. Two broad comedies -- "Airplane!" the 1980 disaster-film spoof, and "The Pink Panther" (1964), starring Peter Sellers as the bumbling Inspector Clouseau -- were tapped for preservation.

The most recent films chosen were "Study of a River," an experimental 1996 film about the Hudson River, and "Malcolm X," Spike Lee's 1992 biography of the civil rights leader.

Documentaries picked this year include John Huston's "Let There Be Light" (1946), which the Pentagon banned from public distribution for 35 years because of its frank depiction of psychological trauma among combat veterans.

While Billington enjoys the popular films selected for the registry, he takes more satisfaction in unearthing lesser-known titles with lasting significance. He pushes the board to find examples from underrepresented categories such as industrial and abstract films.

"The most interesting thing for me is not seeing something I like make the list, but getting educated by the list that comes out of this process," he said.