Israel gets back into the Iran guessing game 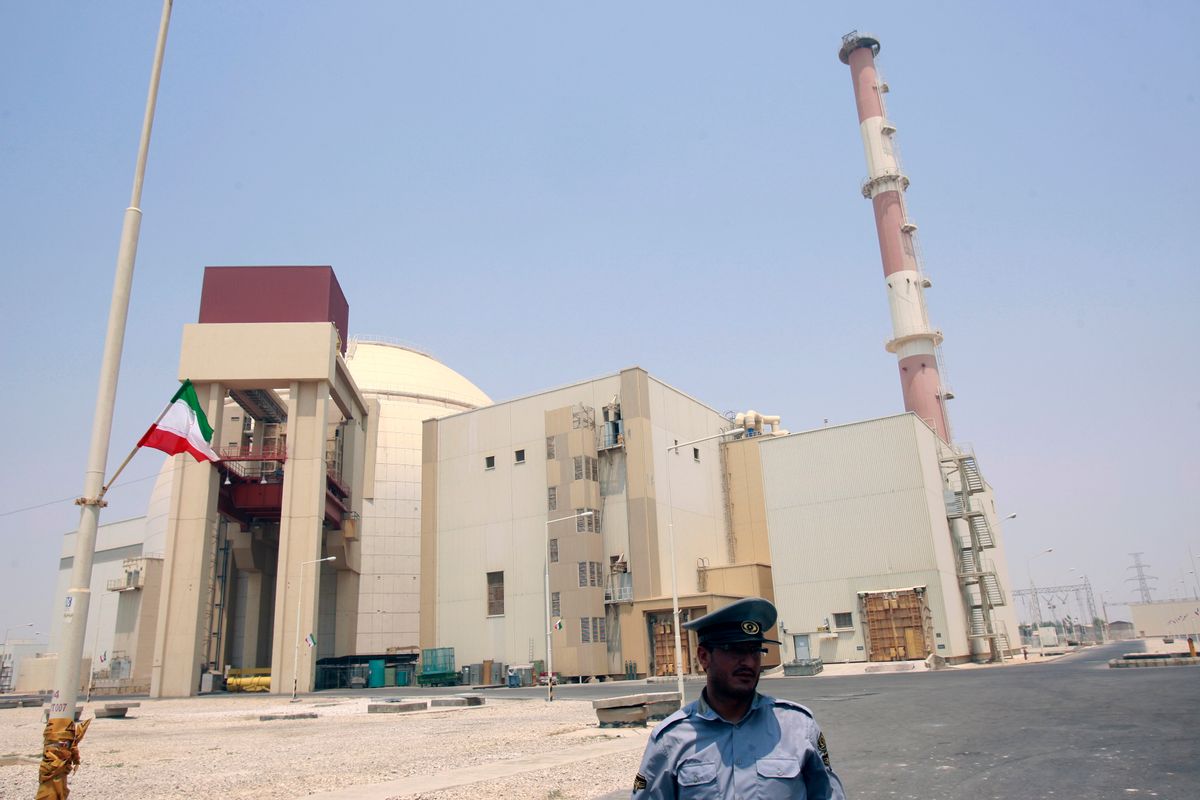 EDITORS' NOTE: Reuters and other foreign media are subject to Iranian restrictions on leaving the office to report, film or take pictures in Tehran. A security official stands in front of the Bushehr nuclear reactor, 1,200 km (746 miles) south of Tehran, August 21, 2010. Iran began fuelling its first nuclear power plant on Saturday, a potent symbol of its growing regional sway and rejection of international sanctions designed to prevent it building a nuclear bomb. REUTERS/Raheb Homavandi (IRAN - Tags: POLITICS ENERGY) (Reuters)
--

Another day, another Israeli prediction about when Iran will build a nuclear bomb. This time it comes from Deputy Prime Minister Moshe Yaalon, who told Israel Radio:

Yaalon cited technical problems as delaying the Iranian nuclear program, which Iran maintains is not geared toward producing weapons.

He may be right, of course. But as always with such predictions, it's worth keeping in mind historical context. That is to say -- as Salon documented in this timeline -- that Israeli predictions about Iran's nuclear program have been wildly inconsistent and inaccurate for many years.

Yaalon's line, in fact, sounds a lot like what we were hearing in the mid-1990s, as a sample from the timeline shows:

January 1995: "Iran is much closer to producing nuclear weapons than previously thought, and could be less than five years away from having an atomic bomb, several senior American and Israeli officials say."

Source: New York Times, "Iran May Be Able to Build an Atomic Bomb in 5 Years, U.S. and Israeli Officials Fear"

1995: "The best estimates at this time place Iran between three and five years away from possessing the prerequisites required for the independent production of nuclear weapons."

Source: Benjamin Netanyahu, in his book "Fighting Terrorism: How Democracies Can Defeat the International Terrorist Network"