The network that brought us "Teen Mom" tackles one of television's trickiest taboos. Amazingly, they nail it 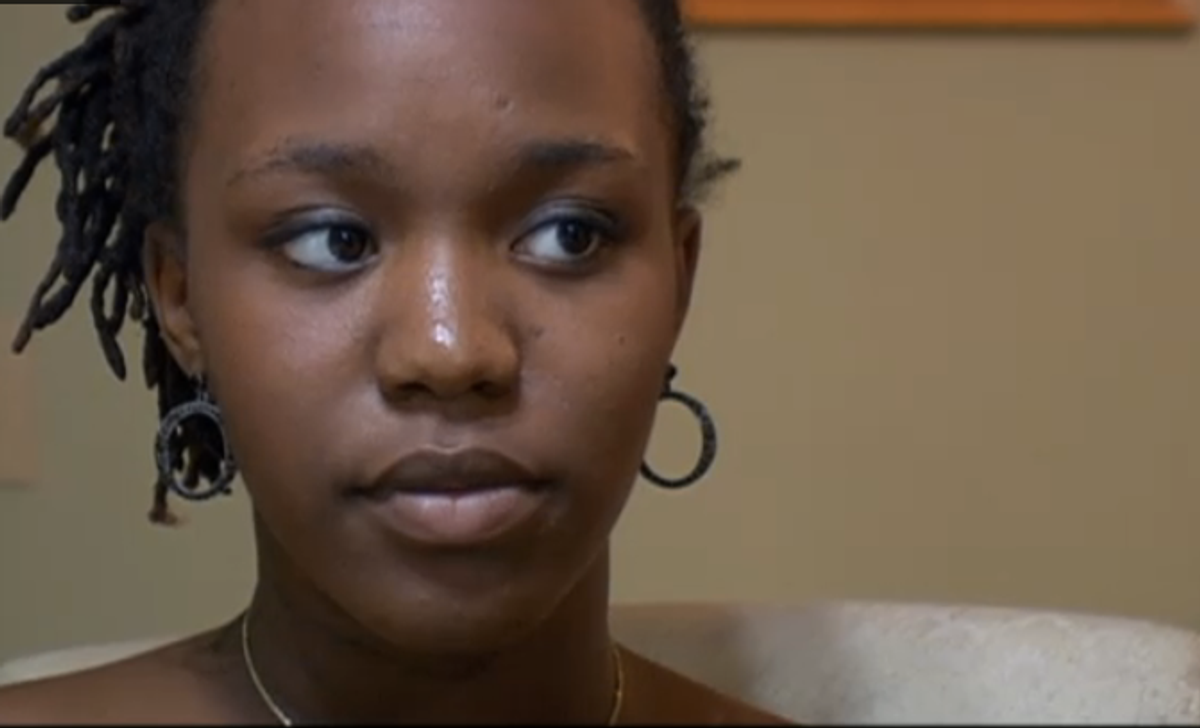 Markai Durham, whose story is told on MTV's "No Easy Decision"
--

What can't you talk about on television? These days, not so much. But if there's one topic that, even amidst reality show ribaldry and talk show turpitude, remains (or has become) glaringly absent -- even bizarrely so, given how common it is in real life -- it's abortion.

Sure, "Friday Night Lights" did get massive kudos last summer for its nuanced depiction of a Texas 10th-grader's decision to end a pregnancy. But that kind of thing basically hadn't happened since "Maude." Today, other than a handful of relatively tidy plot turns on "House," "Six Feet Under," "DeGrassi" and "South Park" (not to mention "Juno" and "Knocked Up," where "smashmortion" is ruled out in one or two perfunctory scenes) that's pretty much it. And, in fairness, that's all fiction.

If there's been any elephant in any room, it's been on MTV, since the launch of the network's smash-success pair of reality series about teen pregnancy and motherhood. "For two seasons of '16 and Pregnant' and two seasons of 'Teen Mom,' we have never seen any pregnant teen seriously consider abortion," media critic Jennifer L. Pozner, author of "Reality Bites Back," has observed. While 27 percent of pregnant teens choose abortion, Pozner notes, "in MTV's version of 'reality,' 100 percent of pregnant teens give birth."

Late last night, that changed. MTV aired a 30-plus-minute interview special called "No Easy Decision," in which three young women -- including Markai Durham, who was featured last month on "16 and Pregnant" carrying her first pregnancy to term -- spoke candidly about their decisions, as teenagers, to have abortions. Though MTV had not planned to promote the show, which appeared at the way-past-prime-time hour of 11:30 p.m., a leak by EW.com last week did just that -- and had everyone prepared for the worst. Circling the wagons against nasty backlash, nonpartisan post-abortion support talkline Exhale, who partnered with MTV on the show, had already planned an online campaign called "16 and Loved" to act as sort of virtual clinic escorts for the young women outing themselves. Abortion-rights opponents smelled pro-choice conspiracy; abortion-rights supporters feared that the network -- and especially "Dr. Drew" Pinsky -- would tackle the subject with all the nuance and sensitivity of a Snooki Polizzi sucker punch.

But this member of the latter camp is relieved, delighted -- and still amazed -- to report that MTV got it right. Seriously, they nailed it. And by "nailed it," I don't mean they just did a great PSA for abortion. I mean they told the many-sided truth: that abortion is safe and common, that abortion has been made difficult to get, and, most importantly, that abortion is a complex decision made by complex human beings. (That thump you heard around 11:35 p.m. EST was the sound of 100 feminist media critics falling off our collective couches.)

Here's Dr. Drew opening the show -- and racking up stunned "FTW!"s (For The Win!) on Twitter right out of the gate: "About 750,000 girls in the U.S. get pregnant every year. And although nearly a third of these teen pregnancies result in abortion, we've never shown this choice on '16 and Pregnant' up until now. It can be a polarizing topic, and there's quite frankly no way to talk about this and please everyone. Although controversial to some, abortion is one of the three viable options, and it's among the safest, most common medical procedures in the U.S., so we thought it was important for us to discuss."

In a wrenching produced segment, we then meet Markai and her partner, James, as they wrestle with their options for her unplanned second pregnancy, the result of a missed appointment for her shot of Depo-Provera. As a mother, Markai is tormented both by the prospect of terminating a pregnancy (or relinquishing a baby) and by the prospect of raising a child whose needs will splinter their already slim resources. Referring to her daughter, Zakaria -- and reflecting the fact that 61 percent of women who have abortions already have children -- she says, "I don't want her to struggle because of my mistake."

Through the rest of her segment, and in Dr. Drew's follow-up interview with her and two other young women (Katie and Natalia), the show manages to include: medically accurate information about abortion procedures, the challenge of finding the birth control method that works for you, the positive presence of supportive family and friends, the compassionate voice of a clinic counselor (vs., for one, the cold depiction in "Juno"), the complex emotions of male partners, the cost of abortion ($750, in the case of Natalia, who sold her prom ticket back to school to help put together the funds), the cruelty of parental notification requirements (Natalie called the experience of securing an alternative judicial bypass "begging for permission to make your own decision"), the positive presence of supportive family and friends (in this case, African-American, a sadly rare portrayal), the normality of mixed feelings after the procedure (Markai says, insightfully, that she feels sadness but not regret), and the characterization of abortion as -- in Katie's words -- "a parenting decision." (In an extended interview available online, Natalia also describes the cruelty of being legally forced to view the pre-procedure ultrasound.)

All that in just over 30 minutes, all without scoldy shaming or down-our-noses voyeurism. Instead, this whoop-worthy kicker from Dr. Drew -- "Hopefully this inspires us to be more compassionate when we think about abortions" -- and, simply, three brave and articulate women who may have begun to raise the level of public, pop-culture conversation about abortion. Maybe it's "just" MTV, but it matters (and God knows no one else is doing it).

"This isn't just a television show. Media portrayals, real or fictional, don't merely inform us -- they form us," as Gloria Feldt wrote in the Washington Post about "Friday Night Lights." "And they miss the profound truth of women's lives when they reduce broad issues such as sexual and childbearing choices to one word -- abortion -- and reduce abortion to a polarized, black-and-white debate."

And as Dr. Drew himself said last night: "Having an abortion is not uncommon. But talking about it publicly is." At this time, there are evidently no plans to repeat or extend the special, which was buried to begin with. So here's a high-five to MTV for -- finally, and so finely -- getting this thing going.

But next time, how about prime time?