Tablets will be everywhere in 2011

The variety of these computer devices is about to explode. Is it a cornucopia or a mess? 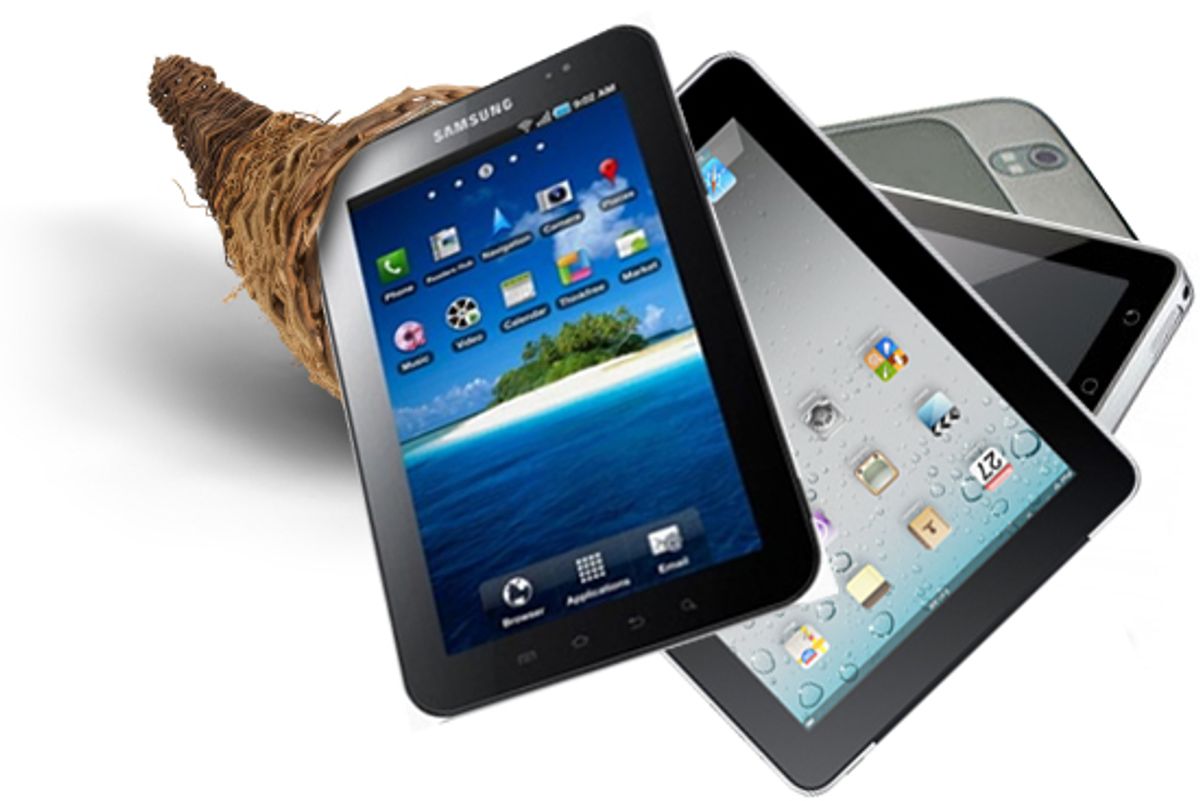 Buying a touch-screen tablet computer has presented fairly simple choices until now. The choice for everday consumers was, essentially, to pick which Apple iPad they wanted.

In the last quarter of 2010, a contender emerged in the form of the Samsung Galaxy Tab, powered by Google's Android operating system. A few others of this genre have hit the market in recent weeks as well.

But the floodgates are opening, and it's safe to say that 2011 will see a huge number of tablets hitting the market, and not just Android and iPad models. Gadget lovers will see a cornucopia of choice. Many others may see an uncontrolled flood of devices. Either way, this is going to get interesting in a big way.

The Android market is going to be particularly noisy, especially when Google releases version 3.0 of the operating system, which the company says will be the first version that's tablet-ready in a serious way. That hasn't stopped hardware companies from selling tablets based on current versions -- I own one, and I review it in an accompanying piece -- but Google's caution is at least worth noting.

Android isn't the only contender. Consider, among others:

The sizes of tablets will vary widely, too. Apple only sells a 9.7-inch model (which I predict will evolve into a more varied line), but other tablet makers are ranging up and down the scale.

But anyone who thinks all this activity is bad news for Apple is mistaken, at least in the short run, because Apple jumped early into this market and combines hardware and software better than its would-be rivals. Moreover, the iPad will surely see an update. Apple's lead in this space is not trivial, though (as I've said again and again) there are excellent reasons to stay away from the iPad if you want a tablet that's smaller or a tablet that lets you install the apps you want, as opposed to solely the ones Apple allows.

Look for prices to plummet, at least for non-iPad devices. The Android market, in particular, is going to be absolutely cutthroat as vendors seek a sweet spot of function and price.

Many of the new tablets will be shown at next week's Consumer Electronics Show in Las Vegas. I'll be there, and will let you know what I find.