900-pound bull escapes on way to slaughter in Pa.

The animal escaped captivity at a red light, setting off a frantic two-mile chase 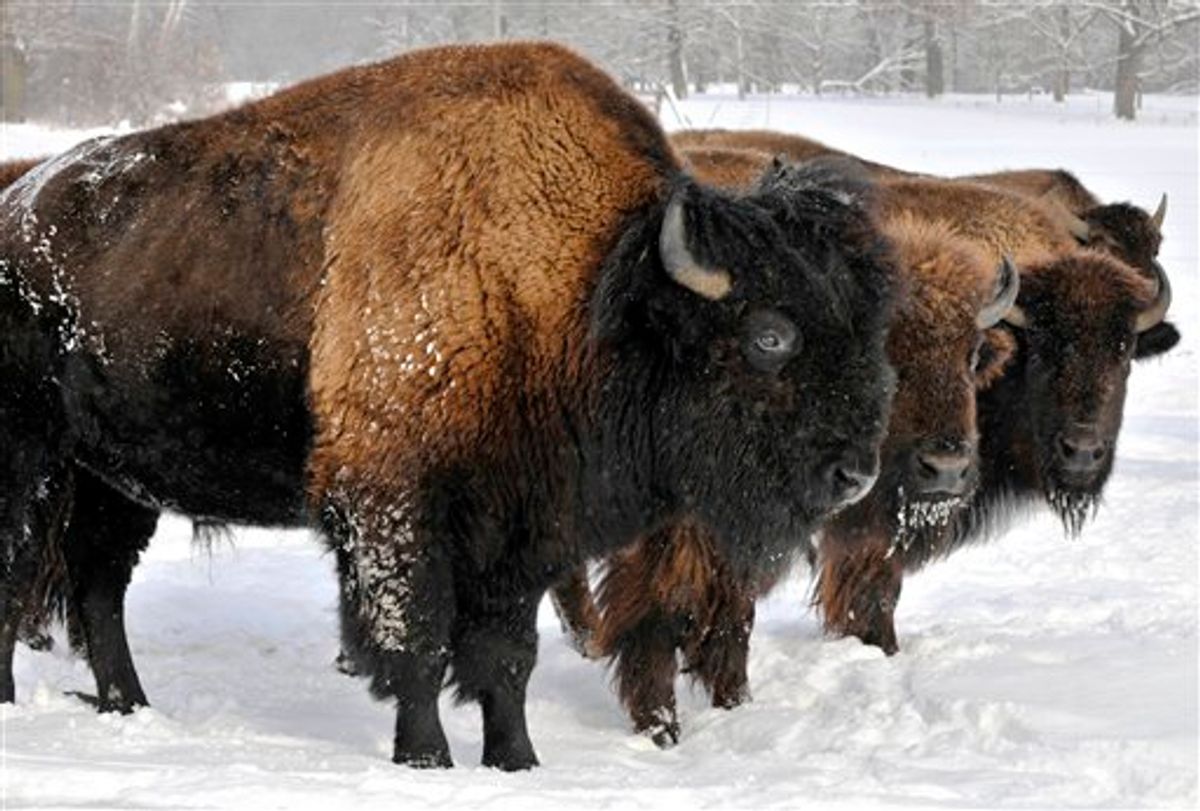 In a photo made Friday, Dec. 24, 2010 bison brave the winter elements on the Ed Eichten family farm near Center City, Minn. Despite growing consumer demand for bison meat which has sent prices soaring, Eichten said he doesn't see the boom slowing down. Bull at left weights about 2200 pounds and is between seven and eight-years-old. (AP Photo/Jim Mone) (AP)
--

A 900-pound bull escaped on his way to slaughter and led his owners and authorities on a two-mile chase through two eastern Pennsylvania townships for an hour.

Wayne Myers of Bald Top was headed to the butcher with the raging 2-year-old bull when he stopped at a red light near a middle school Wednesday. He says that's when then the bull made a break for it.

The bull fled ran at least two miles before being shot to death by its owners.

No one else was hurt.

Information from: The Daily Item, http://www.dailyitem.com