"Geographies of Mars": Why are we so obsessed with Mars?

We've been looking for life on the Red Planet since the 19th century. A new book explores our fascination 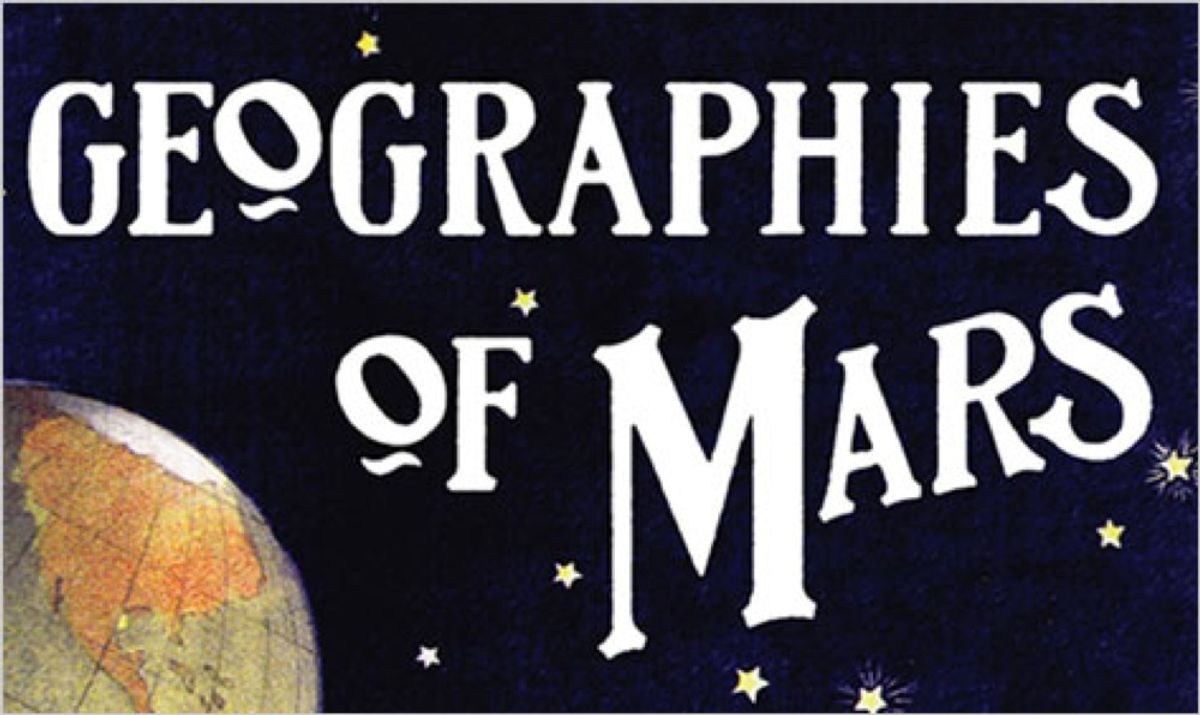 "For all practical purposes Mars is our nearest neighbor in space. Of all the orbs about us, therefore, he holds out most promise of response to that question which man instinctively asks as he gazes up at the stars: What goes on upon all those distant globes?" So wrote Percival Lowell in his 1895 bestseller "Mars," the book that launched his career as the world's most famous and controversial astronomer. More than a century later, humankind's fascination with Mars is still going strong. Not long ago, when a couple of scientists half-seriously suggested that NASA send a one-way manned mission to Mars, the Internet was flooded with would-be volunteers. For many, even death is not too high a price to pay to gratify our curiosity about the Red Planet.

In "Geographies of Mars: Seeing and Knowing the Red Planet," K. Maria D. Lane explores the origins of our Martian obsession in the late 19th century. Back then, the idea that manmade probes would one day be able to test Martian soil for ice crystals would have been considered outlandish science fiction. Yet as Lane shows, through her study of popular treatments of Mars in books, magazines and newspapers, the absence of real knowledge about the planet did not stop people from talking about it. On the contrary, the less data astronomers had about Mars, the more eagerly they and their journalistic interpreters filled the void with assumptions, speculations and fantasies. And these fantasies, Lane argues, have much to tell us about the way turn-of-the-century Americans and Europeans thought about space, knowledge and power.

Percival Lowell is at the center of "Geographies of Mars," because he was the most recklessly imaginative of the Martian speculators. In 1878, the Italian astronomer Giovanni Schiaparelli published a map of Mars that purported to show numerous small landmasses divided by channels. As Lane explains, Schiaparelli was working from handmade drawings of the obscure, fleeting images he could see through his telescope, in an age before astronomers could take photographs of the stars. Within decades, better observers would prove that these channels were optical illusions. But starting in the 1880s, there was a kind of arms race among astronomers as they tried to identify more and more canals.

On these slender foundations great structures of speculation were built — especially by Lowell, who devoted himself to convincing the world that there was life on Mars. Were the "channels" actually canals? Did they represent the work of a Martian race, stronger and smarter than human beings? Was the Red Planet home to a civilization older than Earth's, in which the exhaustion of natural resources spurred ingenious technological advances? "Assuming that the Martian is ... merely a machine with brains," one excitable journalist wrote, "his canal excavating possibilities, on a planet where bodies weigh only one-third as much as on the earth, become truly awesome."

In telling this story, Lane shows how the popular imagination made myths out of astronomers themselves — fetishizing their mountaintop laboratories, their exotic expeditions, their masculine toughness. We no longer dream about Martians, but the lesson of "Geographies of Mars" is still timely: Science may be the search for truth, but the way we think and talk about science is a product of our hopes, fears and dreams.