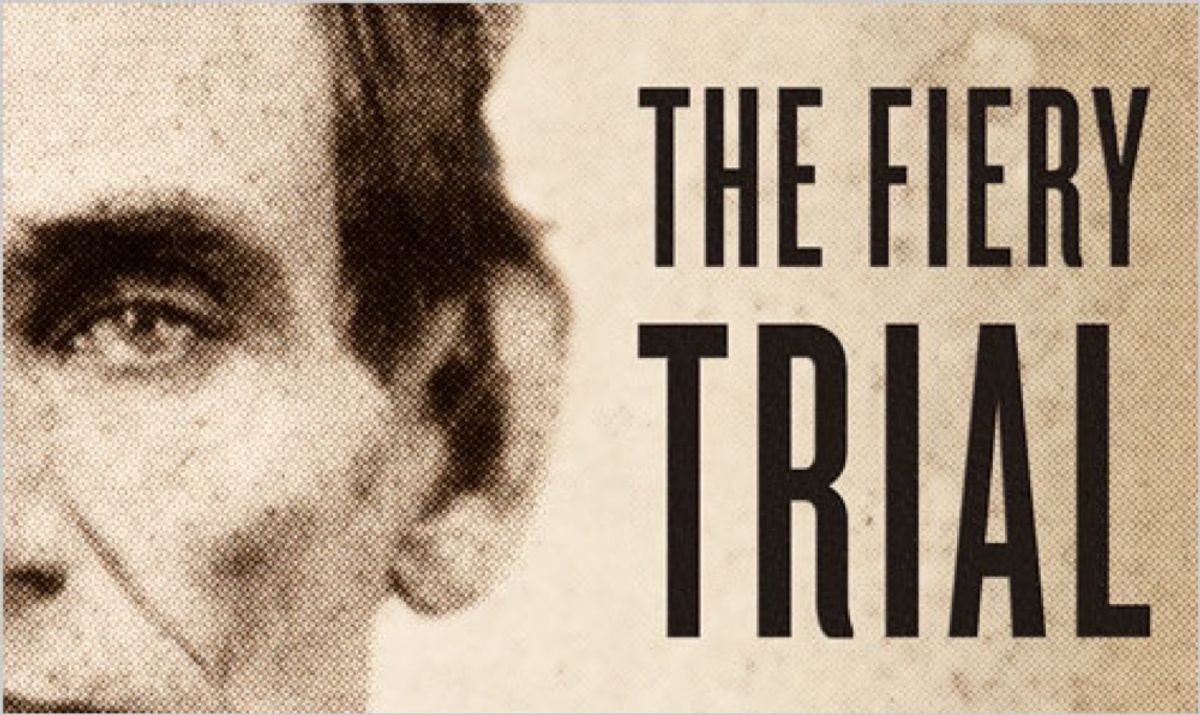 Just after publishing "The Black Jacobins" (1938), his great history of the Haitian slave revolt, the Trinidadian man of letters C.L.R. James settled in the United States, where, in due course, he began to think of writing about Abraham Lincoln. The project that took shape in his mind was unusual. For one thing, James thought historians should look at history from below, with an eye to how the slaves had fought back against their oppression. He wanted to treat Lincoln as part of their story, not vice versa. But James also wanted the book he had in mind to discuss both Shakespeare's play "King Lear" and the Russian revolutionary V.I. Lenin.

Peculiar as this may sound, it made a kind of sense. For James, Lear is the definitive picture of an old social order in the process of disintegration, while Lenin was the visionary architect of a new way of life (though James, as a fierce anti-Stalinist, had nothing good to say about what had been done with the blueprints meanwhile). In effect, Lincoln would appear in the middle panel of a triptych: the most Shakespearean of presidents, and one whose enemies saw him as a dictator.

Only fragments of the project were left behind when James died in 1989 -- and I doubt very much that Eric Foner had any of it in mind while writing "The Fiery Trial: Abraham Lincoln and American Slavery," which is as painstaking and straightforward a book as James's would have been imaginative and idiosyncratic. But there is an affinity between them, even so. "The Fiery Trial" is not, strictly speaking, a biography of Lincoln; the attention is always focused on his relationship to slavery, with other aspects of his life and personality refracted through that question. And because slavery was the fault line running through the very depths of American society, each nuance or shift in Lincoln's attitude is charged with enormous implication. Foner shares James' feel for how a leader's outlook is shaped by (and then responds to) tensions unfolding on the world's political stage.

Foner is one of the great contemporary U.S. historians, and one doesn't want to go too far with comparing this book -- in some ways a prequel to his 1988 book "Reconstruction: America's Unfinished Revolution, 1863-1877" -- to a work of drama. But his method throughout "The Fiery Trial" takes advantage of the fact that we, the audience, know something the main character cannot: that the attitudes towards slavery expressed in his early life (when he hated it while also keeping his distance from abolitionism) are so many steps along the way to the enormous cataclysm of the Civil War. Foner takes care to emphasize Lincoln's own words as they were recorded at the time -- not the later recollections of them by people who knew, as we do, what was coming.

He registers each little shift of attitude and widening of perspective along the way, while continuously situating Lincoln's opinions (and his occasionally maddening silences) in the context of the debates of the time. While there is no reason to doubt the statement, near the end of his life, that he had always hated slavery, that revulsion reflected a sense that it was morally damaging to white people -- much like alcoholism. Like other reformers of the day, he saw "genuine freedom as arising from self-discipline rather than self-indulgence," writes Foner, "something violated by both drinkers and slaveholders, who allegedly lived according to their passions." This Calvinist streak was accompanied by a policy wonk's sense of how the problem could best be solved -- through compensating slaveholders for emancipation while relocating freed slaves to Africa.

So much for trying to patch over a crack in the foundation. In time, Lincoln shared the conviction that the country faced "an irrepressible conflict between opposed and enduring forces" that would make it "either entirely a slaveholding nation, or entirely a free-labor nation," to quote a famous speech from 1858 by William H. Seward, his future secretary of state. But Lincoln remained persistent in trying to pursue gradualist efforts to eradicate slavery, well into the Civil War -- with no regard, most of the time, for any notion that black people might have a say in the matter.

Foner is too serious a historian to editorialize about how Lincoln was a racist. Sure he was; the point is cheaply made. But as ex-slaves throw themselves into combat against the Confederacy -- and the need to destroy the old system, root and branch, becomes inescapable -- Lincoln begins to develop a conception of African-American citizenship with implications that can only be called radical. This is a powerful book, confirming the point that C.L.R. James often made: A leader, however farsighted, may unleash forces that then push him further than he ever imagined going.