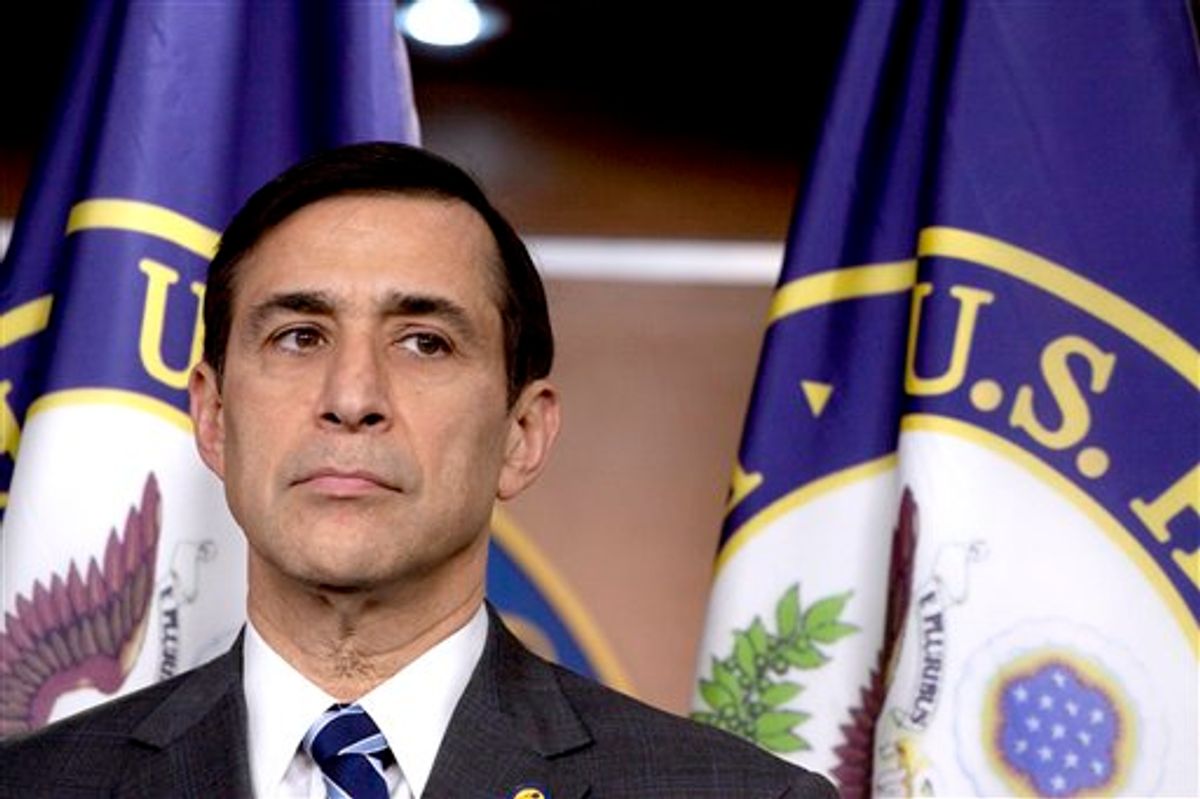 FILE - In this March 2, 2010, file photo, Rep. Darrell Issa, R-Calif. takes part in a news conference on Capitol Hill in Washington. For an early idea of how the Democratic White House and emboldened House Republicans will get along next year, keep an eye on Vice President Joe Biden and California congressman Darrell Issa. (AP Photo/Harry Hamburg, File) (AP)
--

The Republican's top House investigator has a suggestion for Attorney General Eric Holder: Step it up or step down.

Issa -- who's set to lead the House Oversight and Government Reform Committee -- says the department hasn't done enough concerning the activities of the now-defunct community group ACORN, as well as a 2008 incident of alleged voter intimidation in Philadelphia involving the New Black Panther Party and those behind the WikiLeaks releases.

Issa tells "Fox News Sunday" that Holder should either stop hurting the administration or leave it.