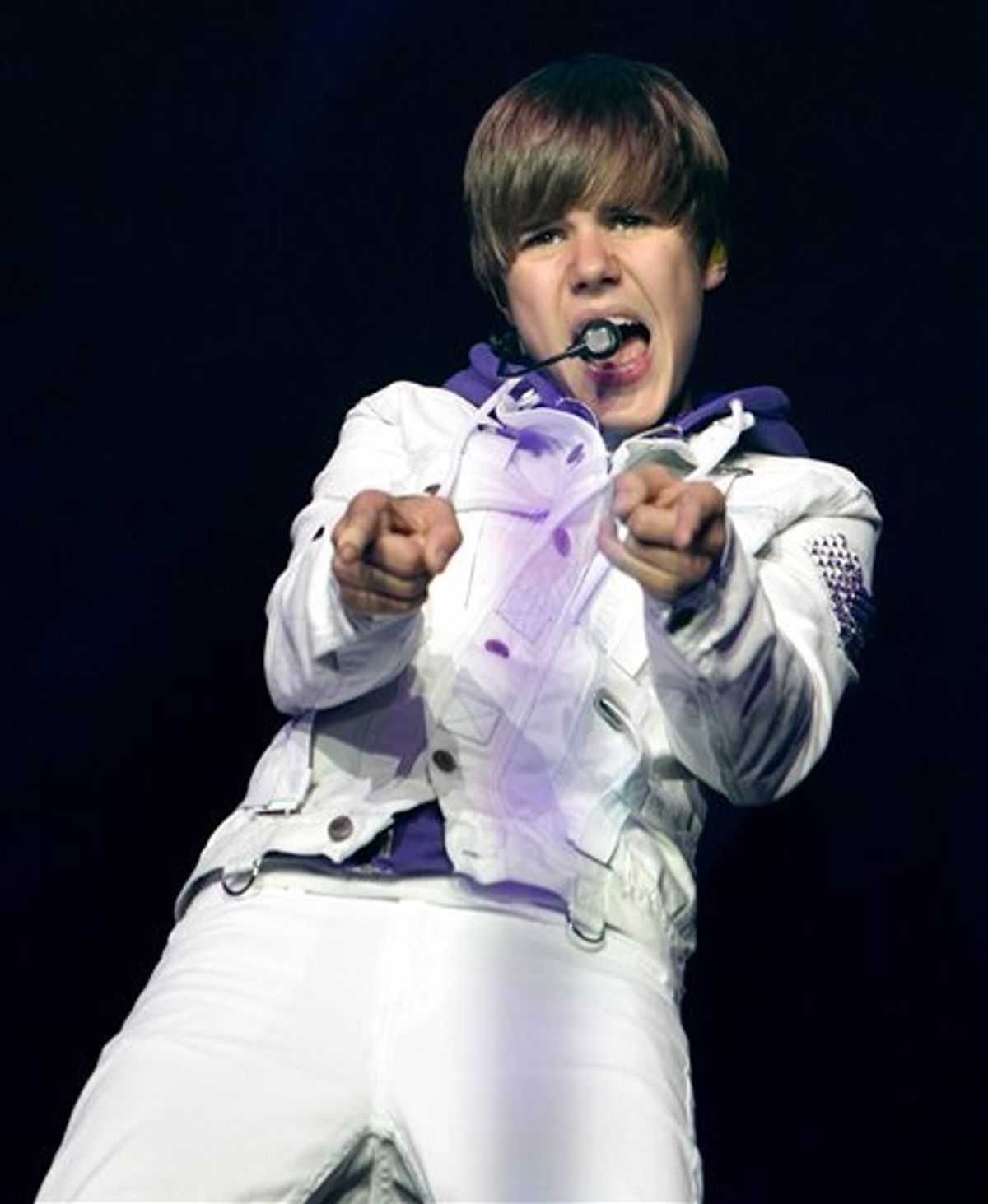 Here's a quick update on the strange tale of the Justin Bieber boycott by foes of the "ground zero mosque" that I reported last week.

Leading mosque foe Andy Sullivan, who signed onto the boycott after being taken in by a hoax report that Bieber had spoken out in support of Park51, has now apologized to Bieber, his fans, and his family.

Sullivan, a Brooklyn-born construction worker who will be touring in opposition to Park51 this year, published the apology on his blog, Blue Collar Corner:

It seems a wrong needs to be righted and the fault is my own. My 911 Hard Hat Pledge to band together fellow Americans to stand in defiance of the very hurtful and distasteful Ground Zero Mosque had spawned a Face Book Boycott. One of my volunteers out west began it and I approved it. It simply put either people and or groups on there who were outwardly in supoport of the Ground Zero Mosque. Some of the culprits were Jon Stewart, Mike Bloomberg and GQ magazine to mention a few.Well it wasn’t till Justin Bieber came out on it that garnered attention. The individual running the site had read an article referencing Tiger Beat’s magazine interview with Bieber where he had informed them his support of it. Well it turned out the interview was a fake but we didn’t find out until quite recently. Weeks ago I did several interviews with media on it and said my children who were fans were upset and my 8 year old took down her posters in her room and my boy said he will not be going to any Justin Bieber concerts after this. My kids are 11 and 8 but if you are a borderline Boomer you know that’s like 18 and 25 by today’s standards. My children were free to make up their own minds regarding Bieber and I respected their convictions. I did not demand or restrict anything in any way I felt that this was an important way for them to get a taste of what it’s like to make an adult decision.

So in closing I offer my most genuine apology to Justin Bieber his family and his fans. If I have caused any grief or pain I am terribly sorry. I for one know what that can do to someone and their family. I also hope this does not detract from our” Sacrificed Survivors” cross country Tour where will be be taking on Imam Rauff and his Pro Ground Zero Mosque Band of propagandists. The Tour begins the 15th of January in Dearborn Mich. Stay tuned I am sure the sparks will be flying.

In an interview with Salon last week, Sullivan referred to Dearborn, which has a large Muslim population, as "Islamoville."

Bieber's publicist, by the way, never got back to me in response to questions about the teen star's actual views on the mosque, and the hoax.