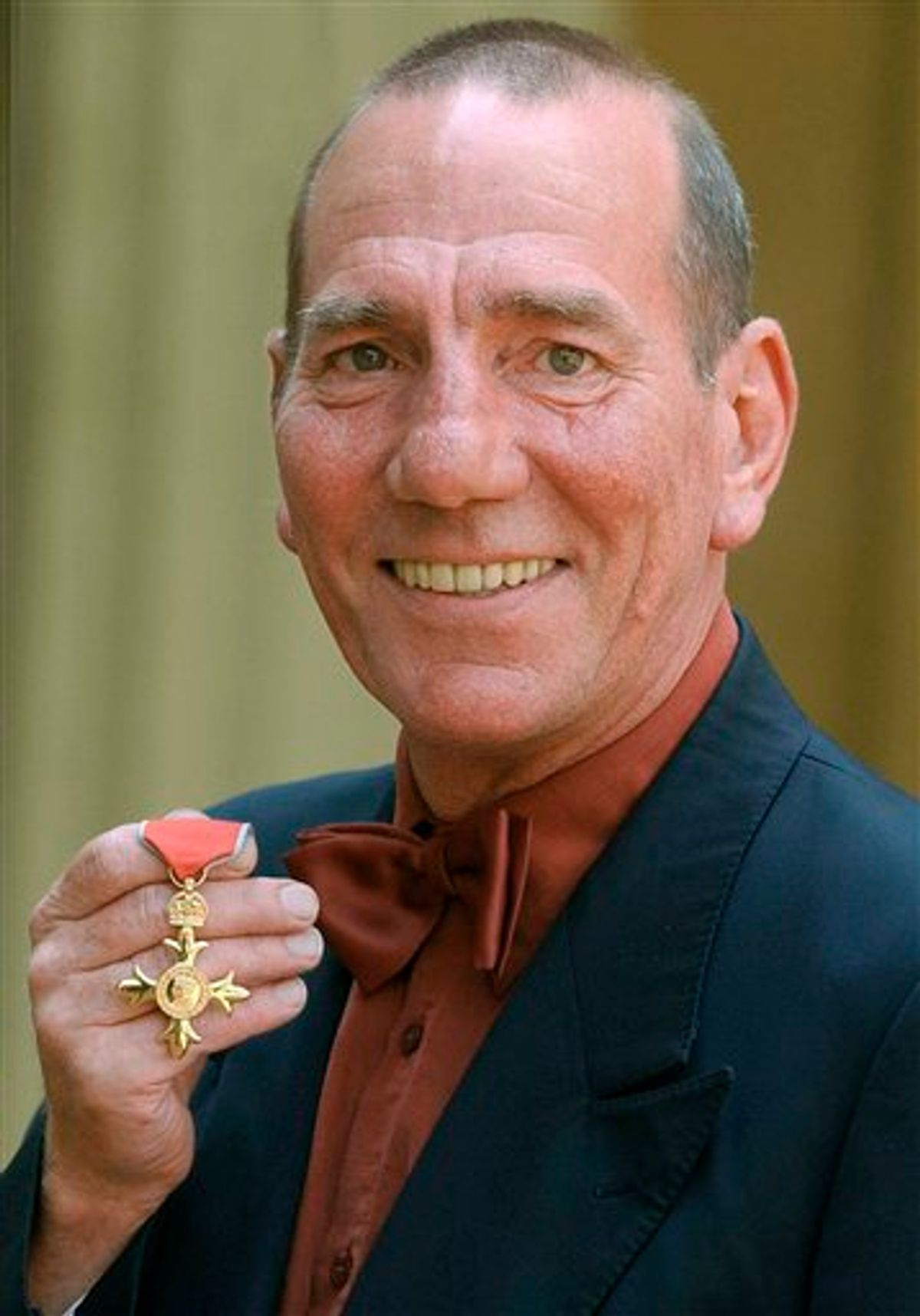 FILE -A Wednesday, June 9, 2004 photo from files showing British actor Peter Postlethwaite displaying his Order of the British Empire or OBE, shortly after the presentation at Buckingham Palace in London. Britain's Press Association is reporting Monday, Jan. 3, 2011 that decorated film actor Pete Postlethwaite has died at the age of 64. It quotes longtime friend Andrew Richardson as saying Monday that Postlethwaite died in hospital in Shropshire, central England, after a long illness. Richardson said Postlethwaite died Sunday. He had been receiving treatment for cancer. (AP Photo /Kirsty Wigglesworth/ Pool) (AP)
--

Oscar-nominated British actor Pete Postlethwaite, described by director Steven Spielberg as "the best actor in the world," has died at age 64 after a long battle with cancer.

A gritty and powerful actor, Postlethwaite was nominated for an Oscar for his role in the 1993 film "In The Name Of The Father."

He had recently been seen in the critically acclaimed film "Inception" and had worked with Spielberg on "The Lost World: Jurassic Park" and "Amistad."

Postlethwaite initially planned to become a priest but was drawn to acting.

He received an OBE in 2004 along with many other honors for his long career in movies, theater, and television.

Postlethwaite lived in the hills of rural Shropshire, in western England. He was a political activist known for his opposition to the recent war in Iraq and his call for policies to fight global warming.

He had recently returned to the stage to star as King Lear.

The actor had been treated at the Royal Shrewsbury Hospital. Shortly before his death he publicly thanked the hospital staff in the Shropshire Star newspaper for their "wonderful" treatment and care during his illness.

He is survived by his wife, Jacqui, his son Will and daughter, Lily.