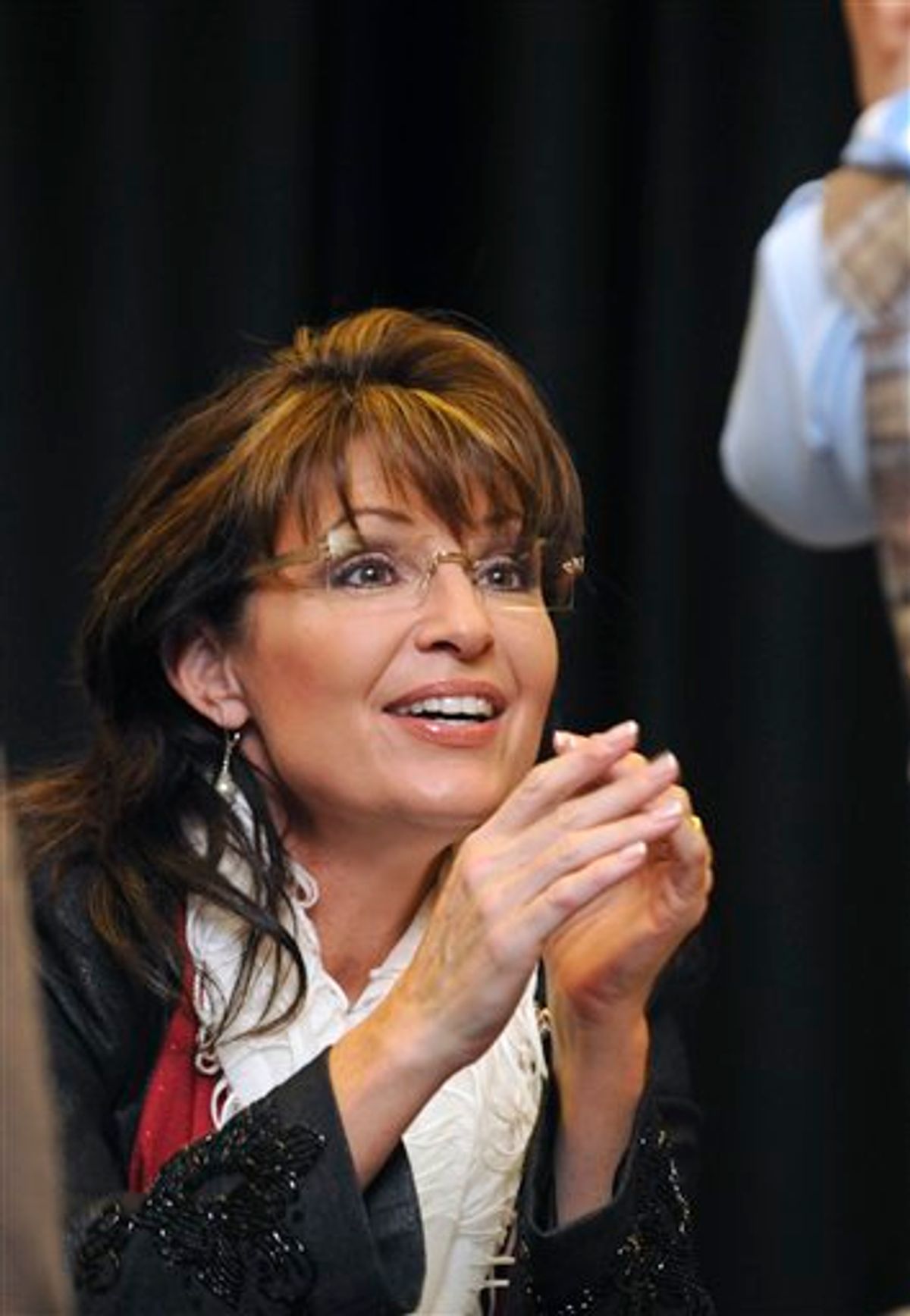 The last few weeks have been very tough for Palin, with more and more conservatives voicing doubts about her fitness to be president (see Salon's guide to the criticism here) and her poll numbers dropping.

The two latest doubters are columnist George Will and the RedState blogger Erick Erickson. They take two different routes to the same conclusion. Here's Erickson in a blog post today endorsing Rep. Mike Pence for 2012:

But right now I am not excited by or inspired by any of [the potential nominees] save Sarah Palin and, as much as I love Sarah Palin, I am adamantly convinced that she cannot win given the ridiculous smears and hate thrown her way by Democrats and, frankly, by a lot of Republicans. She has been made radioactive.

And here's Will on ABC's This Week on Sunday:

The president's secret weapon may be the Republican nominating electorate, because there is one person, high in the polls, Sarah Palin, who cannot be elected president because she cannot compete where elections are decided -- in the collar counties outside Chicago, Montgomery County outside of Philadelphia -- just can't compete there.

In a post-show interview, Will amped up the criticism:

She had to go back and be a successful governor of Alaska, and she had to do her homework. She's done neither. The hope is that perhaps she's making so much money -- and she's a very astute businesswoman -- that she won't want to take the pay-cut to become a mere presidential candidate.

Here's the video with that second quote: