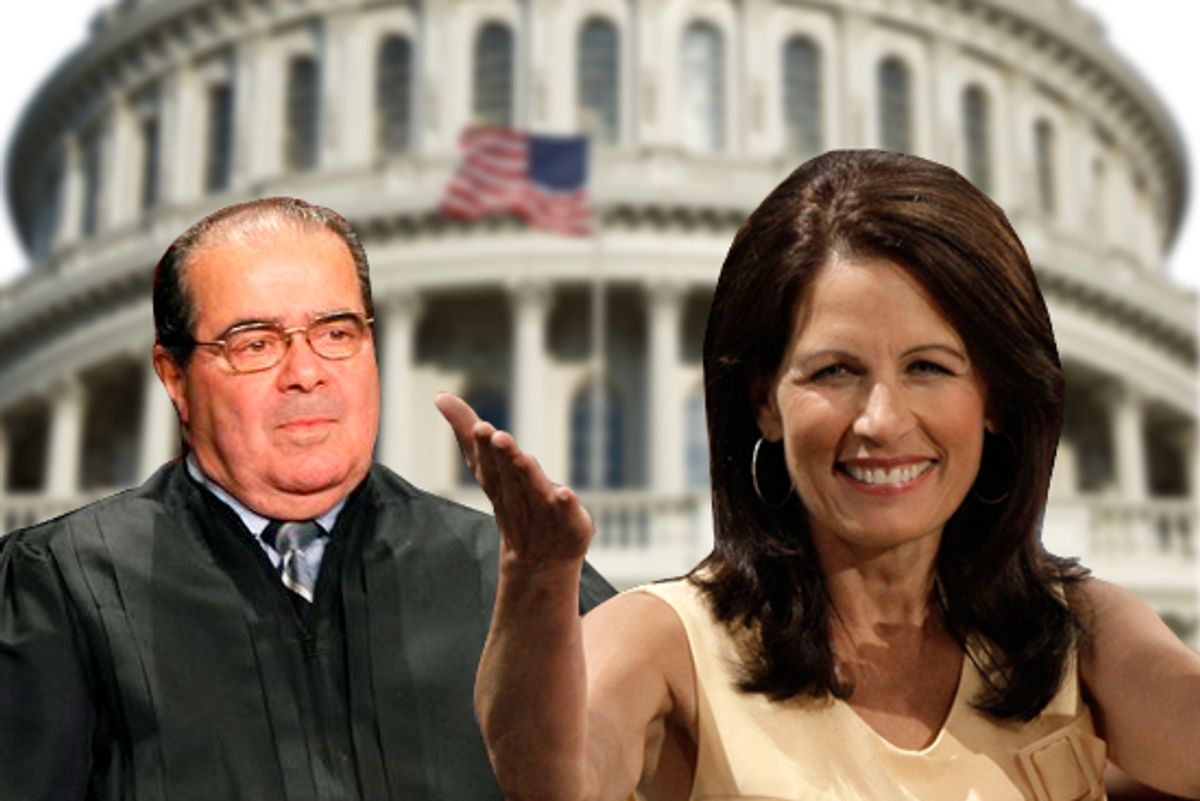 Hey, did you hear that Supreme Court Justice Antonin Scalia doesn't really believe in the the equal protection clause of the 14th Amendment? Apparently, being an "originalist" means reading the minds of the framers and not interpreting what they wrote literally:

Certainly the Constitution does not require discrimination on the basis of sex. The only issue is whether it prohibits it. It doesn't. Nobody ever thought that that's what it meant. Nobody ever voted for that.

Ok, well, all the Amendment says is that equal protection under the laws will be afforded to citizens, not "straight male citizens," or whatever distinction Scalia's making here. Scalia can be very literal-minded sometimes, like when he explains that the Eighth Amendment doesn't forbid torture because interrogations aren't "punishment." Other times, he gets fuzzier with the language; despite the fact that the government is not allowed to establish or promote religion, Scalia is OK with "under God" in the Pledge of Allegiance. The Constitution always happens to only mean whatever an ultra-conservative Republican asshole thinks it means, isn't that funny?

In the same interview that those comments about discrimination come from, Scalia explains that interpreting the Constitution as it applies to 21st Century laws is so incredibly simple that when it comes to the "controversial" stuff, he doesn't even need to "read the briefs, for Pete's sake."

It is this man -- with his intimate knowledge of the Constitution and What It Officially Means For Real -- who will teach our incoming Republican lawmakers how to discharge their functions. Rep. Michele Bachmann invited Scalia to explain how our founding document works last month, and his first "lecture" is scheduled for tomorrow. The event will be closed to the press, sadly, but we can all imagine what sort of seminar Professor Scalia will give, in which the Founding Fathers meant for the First Amendment to turn corporations into people, because they never specifically said they didn't mean that.

(The day after Scalia's little lecture, the GOP will read the Constitution out loud. Eventually they will probably all wear Constitution t-shirts and replace the Capitol carpet with one made up of Constitutions and perhaps they will get a guy to dress up in a Constitution costume to preside over the House while it's in session, and to perform trampoline dunks when it is in recess.)