Two members of Congress forget to get sworn in, cast votes anyway 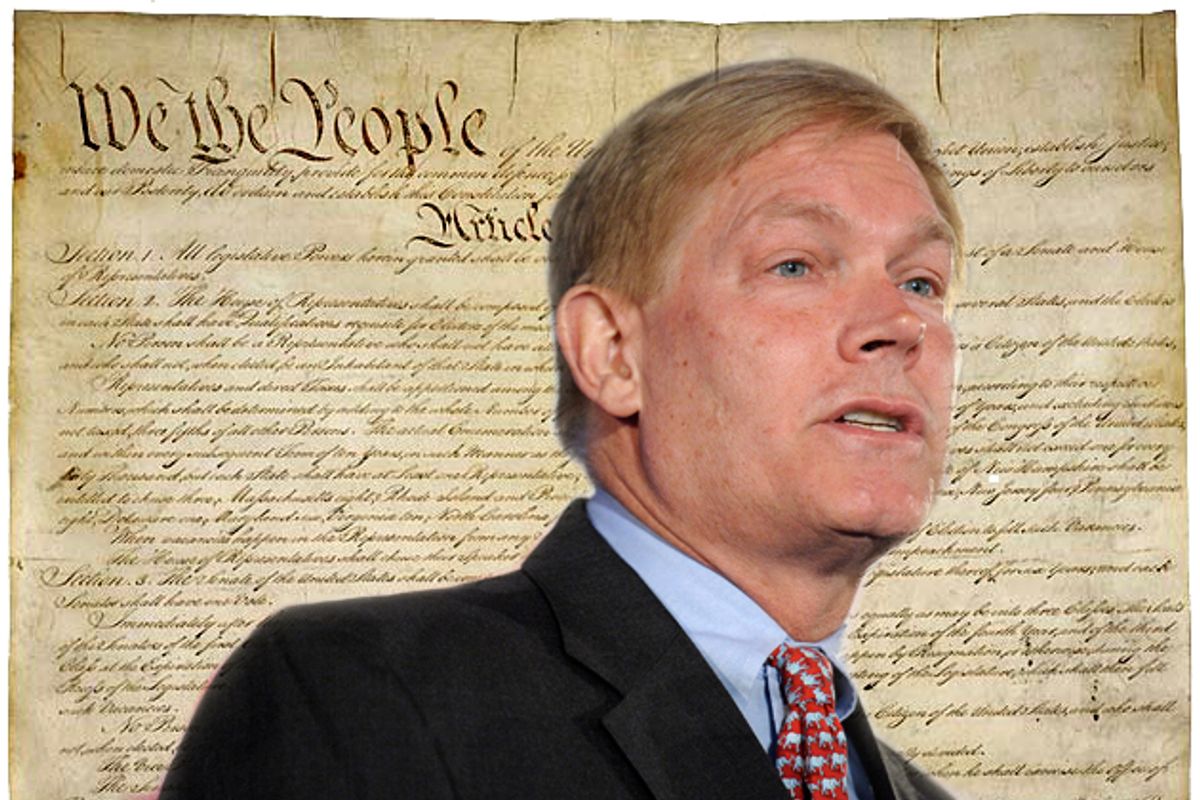 No, they didn't refuse to extradite some fugitive slaves. They just acted like duly elected Representatives without being sworn in!

The new Republican majority already committed a major boehner on the second day of the new Congress. Representatives Pete Sessions of Texas and Mike Fitzpatrick of Pennsylvania were busy attending a fundraiser when all their colleagues were actually sworn in as members of Congress. So, whoops, they're not members yet. No biggies, right? Wrong! Because then they both showed up to work and cast some votes, in direct violation of our Constitution, which they then participated in the official reading of, on the floor of the House.

Sessions even chaired the Rules Committee while he wasn't a member, because in 2011, all jokes will officially write themselves.