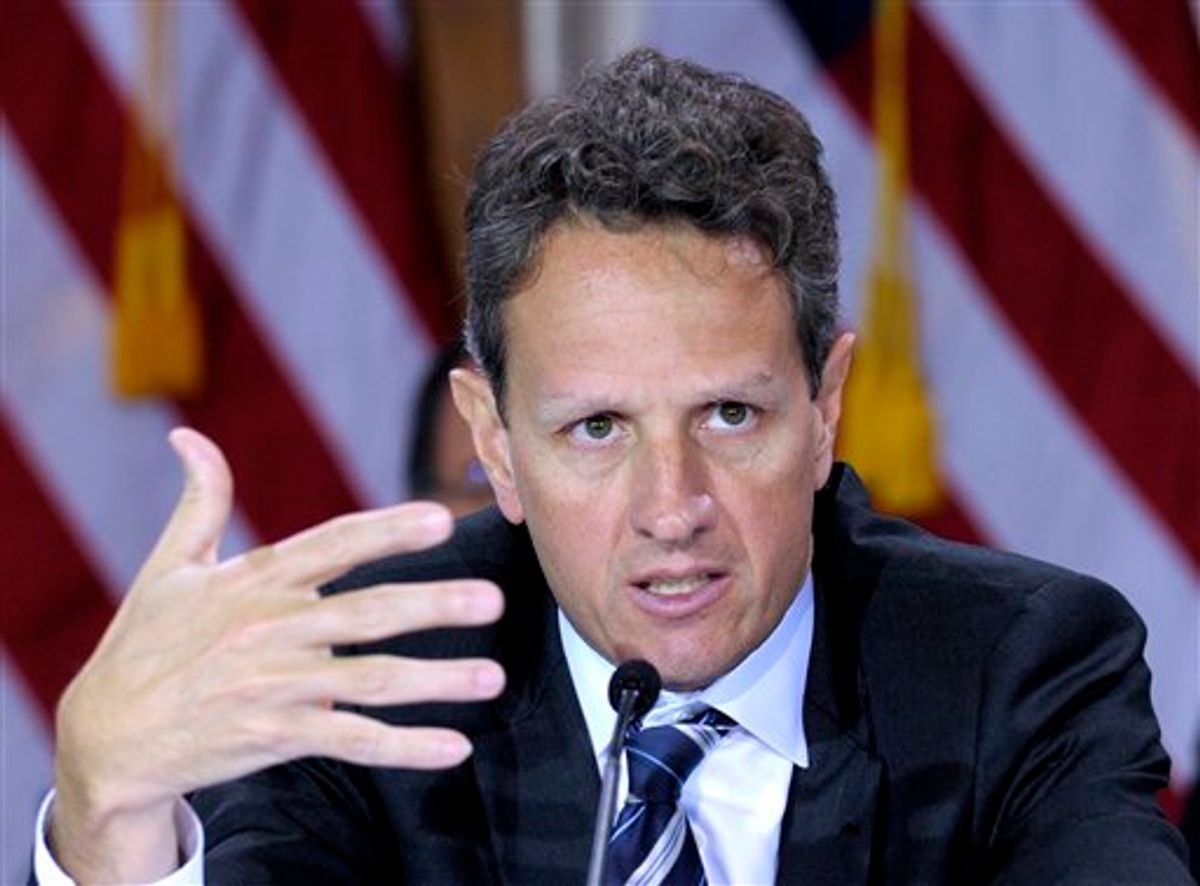 FILE - In this Nov. 23, 2010 file photo, Treasury Secretary Timothy Geithner speaks at the Treasury Department in Washington. Newly empowered Republicans suggest the nation's small businesses will be clobbered if tax cuts for those in the highest income brackets are allowed to expire on Dec. 31. President Barack Obama and his Democratic allies argue the impact would be slight. Both can't be right. The truth lies somewhere in between. (AP Photo/Susan Walsh, File) (AP)
--

WASHINGTON (AP) -- Treasury Secretary Timothy Geithner is urging Congress to raise the nation's debt limit, arguing that failure to do so could affect millions of American jobs.

Geithner says in a letter to congressional leaders that the government will reach the limit on how much it can borrow between March 31 and May 16. He says that not increasing the debt limit could lead to job losses, noting inaction could drive up interest rates and make it more costly for U.S. companies to borrow money.

Geithner's warning is directed chiefly at Republicans, who are vowing to block an increase in the debt limit and use the fight to restrain government spending.