Vidal: Bachmann "too stupid to deserve an answer" 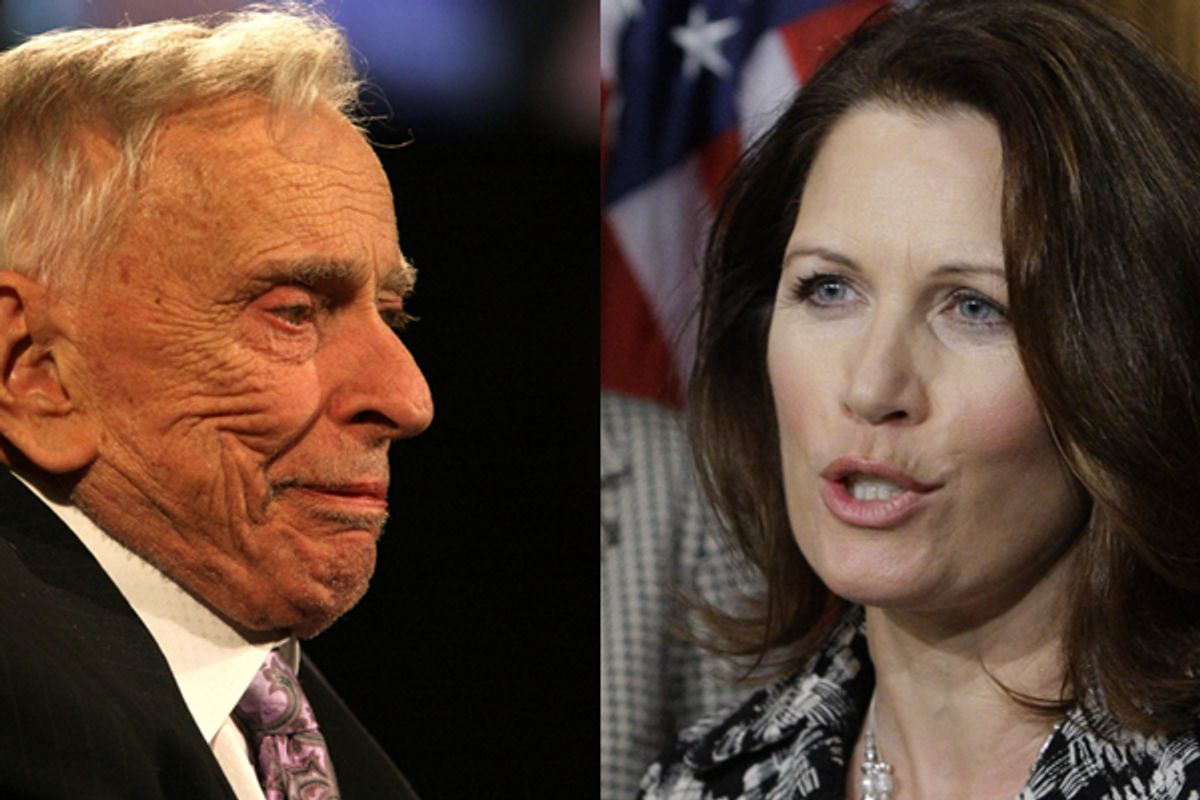 After Rep. Michele Bachmann, R-Minn., claimed last month that she left the Democratic Party and became Republican because she was horrified by the portrayal of the Founding Fathers in Gore Vidal's 1973 historical novel "Burr," I reached out to the 85-year-old author.

And today, through an assistant, Vidal offered this written statement in response to Bachmann's creation myth:

"She is too stupid to deserve an answer."

Here is the video of Bachmann telling the tale in Troy, Mich., last month: