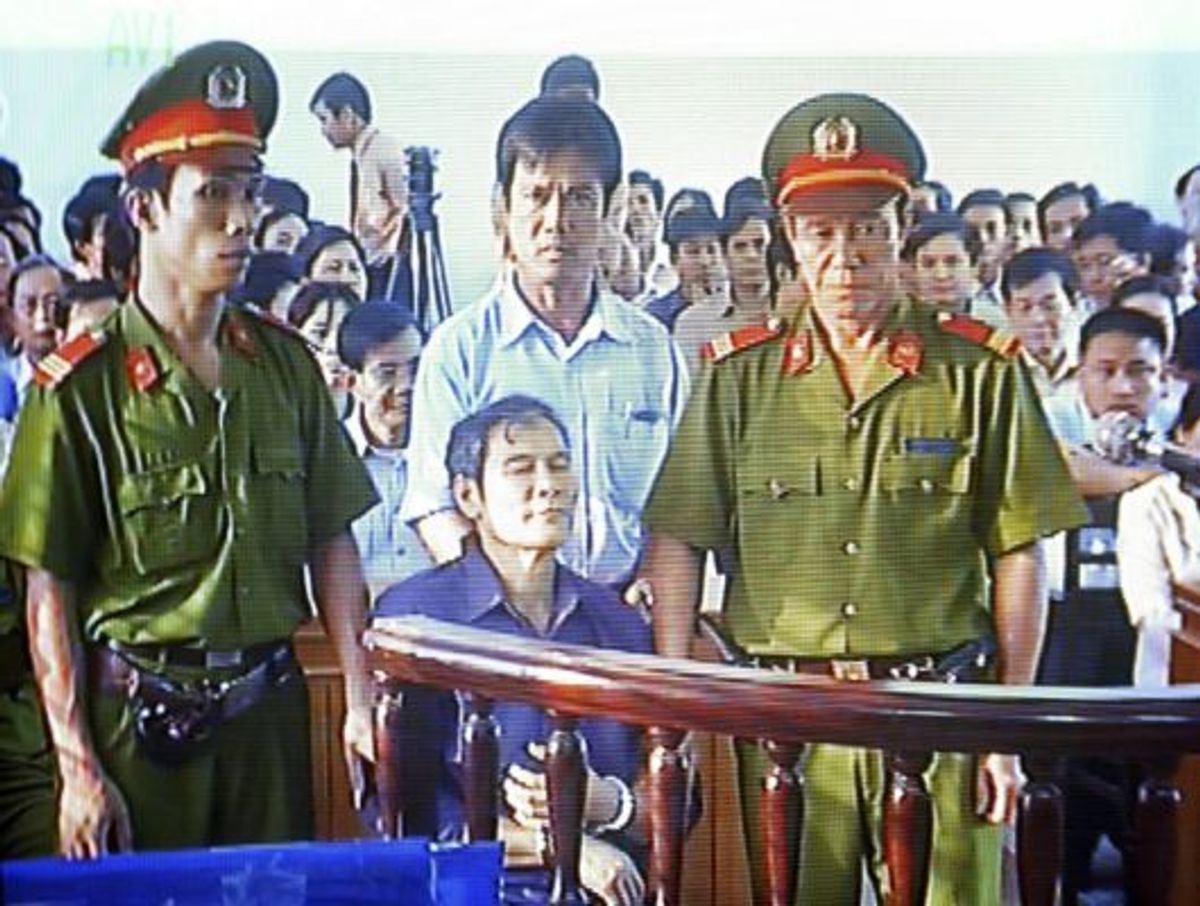 Vietnam's state-controlled media on Friday accused an American diplomat of creating a public disturbance following reports he was roughed up by Vietnamese police for attempting to visit a prominent dissident.

The U.S. has filed a strong protest over the incident, which happened Wednesday in the central city of Hue, calling it a matter of grave concern.

The Thanh Nien newspaper, one of Vietnam's most popular, quoted witnesses as saying political officer Christian Marchant shouted curses in English and Vietnamese, shoved a local official and punched another person in the face.

An American official in Washington said Marchant was attempting to visit Catholic priest Thadeus Nguyen Van Ly, a pro-democracy dissident, in a prearranged meeting when he was roughed up and a car door was repeatedly slammed on his legs.

U.S.-funded Radio Free Asia reported that Marchant was wrestled to the ground, put into a police car and driven away. He has since been released.

Marchant was injured slightly during the scuffle, but is up walking around, State Department spokesman Mark Toner said. Marchant's work in Vietnam recently earned him a State Department Human Rights and Democracy Award that he's expected to receive next month.

The Thanh Nien report did not mention Ly, 63, one of Vietnam's best-known dissidents who is under house arrest in Hue. It said a provincial official "gently advised" Marchant to leave, but that he replied he was a diplomat and could go anywhere and meet with anyone.

Ambassador Michael Michalak said Thursday that the U.S. had lodged a strong protest with the Vietnamese government and that foreign diplomats are receive special protection under international law.

The State Department has summoned Vietnam's ambassador to Washington in protest, Toner said.