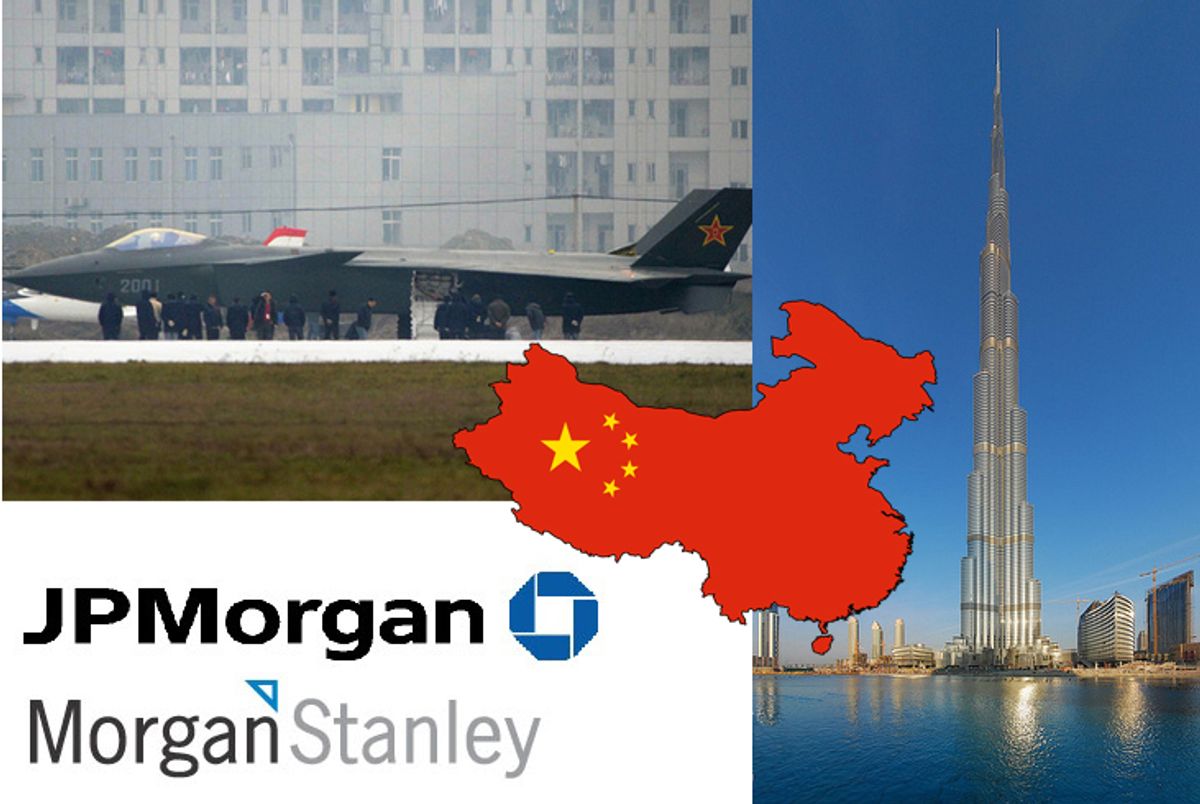 There were four unrelated headlines about the future of China today that had absolutely nothing to do with one another, and yet provoked the same emotion: fear!

So, today's summary of unrelated-but-scary news from China is:

1. China unveils giant stealth jet, surprises many, scares all
The Defense Department recoiled in surprise when it learned that China had produced a stealth fighter, a milestone it thought would take Chinese engineers another decade to reach. According to a report in today's Wall Street Journal, someone recently leaked some photos and video of the prototype aircraft, and it was no mistake. Defense Secretary Robert Gates visits China this weekend, surely greeted by smug generals. (By the way, the plane looks tame enough on the runway. Here's the original amateur video from YouTube user segregator236.)

2. China reveals new partners in its version of capitalism: American banks
JPMorgan and Morgan Stanley will expand to China, says the New York Times. Following in the footsteps of giants like Goldman Sachs, UBS and Credit Suisse, the two firms plan to enter into partnerships with Chinese firms and get involved in the world's second-largest economy. I wonder if they've heard of subprime mortgages there.

3. China appeals to the Jack-and-the-Beanstalk in all of us by announcing plans to build a counterfeit version of the world's tallest building
All right this one's kind of funny. Wang Hongzhong, the chief of the district slated to host the "seven star hotel," called the new spacescraper a “streamlined building like the Khalifa Tower in Dubai." The original monstrosity is the tallest thing man has built ever at a height of 2,717 feet. It's also great for BASE jumping.

4. China's real people believe they can treat lepers less awfully
Read this story from Slate's Brian Palmer and this story from USA Today. In short, China is finally trying to move residents out of their (horribly inhumane) leper colonies to decent facilities.

Now, calm down by watching this adorable slow-moving loris getting tickled: