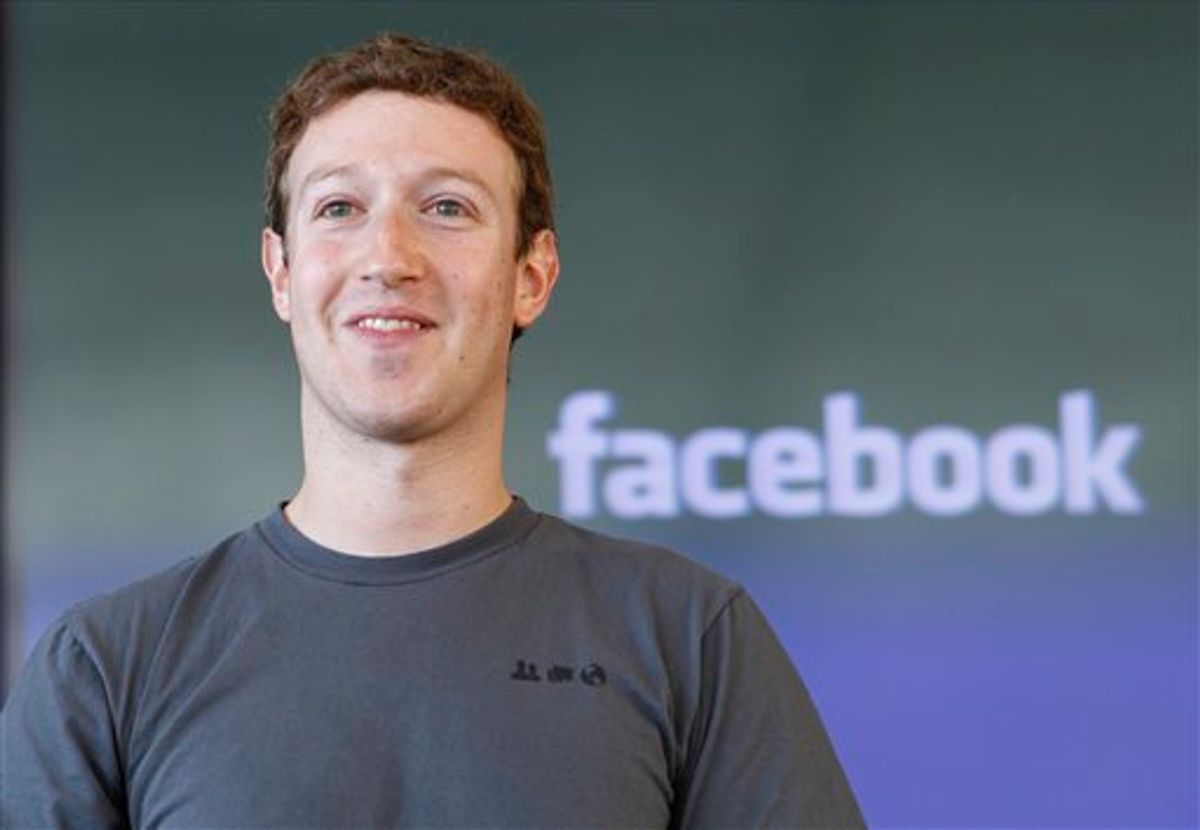 Facebook could be forced to either launch an initial public offering or disclose its financial numbers as early as May 12, 2012. According to a Wall Street Journal report, the company expects to breach the Securities and Exchange Commission's 500-shareholder limit within the year, requiring either a public offering or full disclosure of its financials.

This is a big deal for a few reasons.

First of all, Facebook is now a $50 billion company. (If you're trying to wrap your recession-blown mind around that much money, try to imagine about 11 million pounds of cash in dollar bills. Or maybe that's not so helpful ...) While some pundits think this sounds expensive, others are hardly shocked. The Atlantic's Nicholas Jackson points out that Facebook is now worth twice as much as Starbucks and with Goldman's support might follow the same path as Ralph Lauren, which increased in value 16-fold after the Wall Street behemoth invested.

That brings us to No 2. Goldman Sachs is kind of a big deal -- for a complicated set of reasons. According to the Business Insider, private traders are going crazy trying to buy a slice of Goldman's investment, which means SEC officials are getting suspicious. Once the government gets involved, Mark Zuckerberg's famously bullish insistence on maintaining control of his company becomes moot. After all, the same 500-shareholder limit rule is what forced Google's IPO in 2004. Meanwhile, the Economist is using terms like "natural monopoly" to describe the company's rise to dominance.

And finally, it's kind of about time. Everybody wants a piece of Facebook, right? Otherwise, the social network wouldn't be looking at hitting 1 billion users -- or one-sixth of the world's population -- in the next year or so. Why shouldn't all of these people be able to buy a share of the company they built. (Let's be real: Facebook wouldn't have taken off if the public didn't go all in when creating profiles.) And so Zuck's famous stance on privacy suddenly sounds kind of ironic vis-á-vis his hesitation to show his balance sheets.

Nothing is a done deal until Facebook cracks the 500-shareholder limit. Meanwhile, feel free to give all of your money to Goldman Sachs. They love that kind of thing.